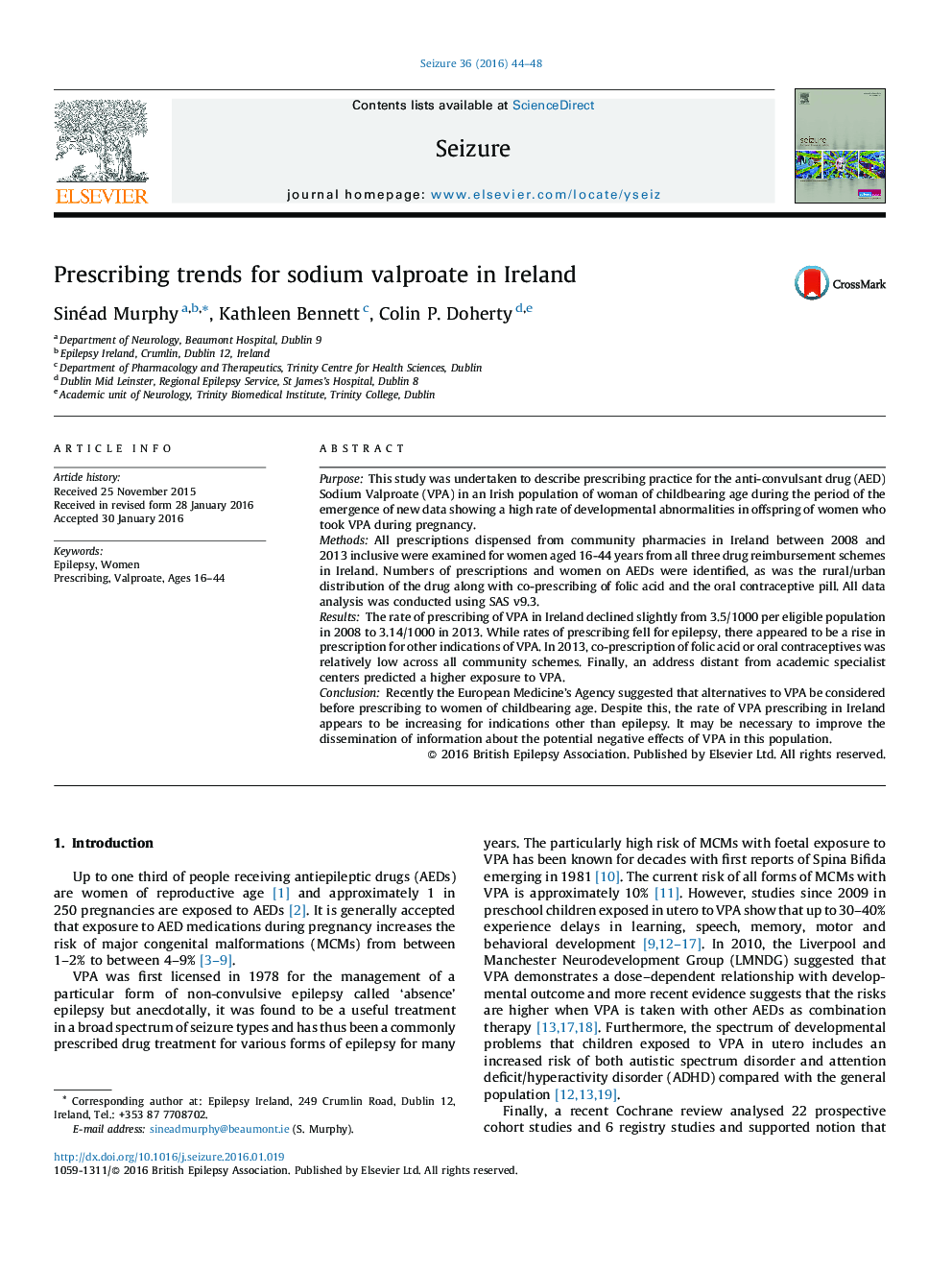 PurposeThis study was undertaken to describe prescribing practice for the anti-convulsant drug (AED) Sodium Valproate (VPA) in an Irish population of woman of childbearing age during the period of the emergence of new data showing a high rate of developmental abnormalities in offspring of women who took VPA during pregnancy.MethodsAll prescriptions dispensed from community pharmacies in Ireland between 2008 and 2013 inclusive were examined for women aged 16-44 years from all three drug reimbursement schemes in Ireland. Numbers of prescriptions and women on AEDs were identified, as was the rural/urban distribution of the drug along with co-prescribing of folic acid and the oral contraceptive pill. All data analysis was conducted using SAS v9.3.ResultsThe rate of prescribing of VPA in Ireland declined slightly from 3.5/1000 per eligible population in 2008 to 3.14/1000 in 2013. While rates of prescribing fell for epilepsy, there appeared to be a rise in prescription for other indications of VPA. In 2013, co-prescription of folic acid or oral contraceptives was relatively low across all community schemes. Finally, an address distant from academic specialist centers predicted a higher exposure to VPA.ConclusionRecently the European Medicine's Agency suggested that alternatives to VPA be considered before prescribing to women of childbearing age. Despite this, the rate of VPA prescribing in Ireland appears to be increasing for indications other than epilepsy. It may be necessary to improve the dissemination of information about the potential negative effects of VPA in this population.