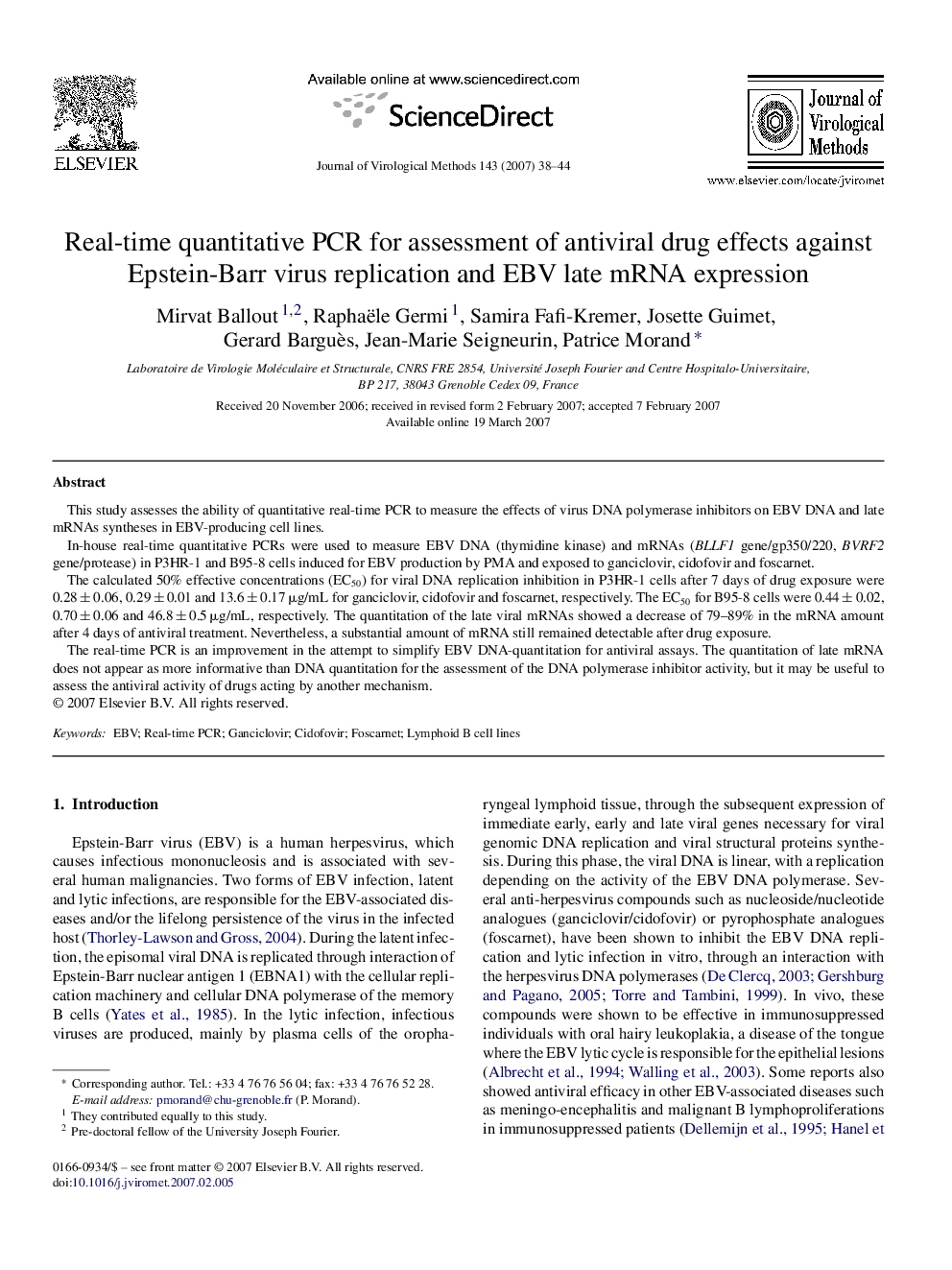 This study assesses the ability of quantitative real-time PCR to measure the effects of virus DNA polymerase inhibitors on EBV DNA and late mRNAs syntheses in EBV-producing cell lines.In-house real-time quantitative PCRs were used to measure EBV DNA (thymidine kinase) and mRNAs (BLLF1 gene/gp350/220, BVRF2 gene/protease) in P3HR-1 and B95-8 cells induced for EBV production by PMA and exposed to ganciclovir, cidofovir and foscarnet.The calculated 50% effective concentrations (EC50) for viral DNA replication inhibition in P3HR-1 cells after 7 days of drug exposure were 0.28 ± 0.06, 0.29 ± 0.01 and 13.6 ± 0.17 μg/mL for ganciclovir, cidofovir and foscarnet, respectively. The EC50 for B95-8 cells were 0.44 ± 0.02, 0.70 ± 0.06 and 46.8 ± 0.5 μg/mL, respectively. The quantitation of the late viral mRNAs showed a decrease of 79–89% in the mRNA amount after 4 days of antiviral treatment. Nevertheless, a substantial amount of mRNA still remained detectable after drug exposure.The real-time PCR is an improvement in the attempt to simplify EBV DNA-quantitation for antiviral assays. The quantitation of late mRNA does not appear as more informative than DNA quantitation for the assessment of the DNA polymerase inhibitor activity, but it may be useful to assess the antiviral activity of drugs acting by another mechanism.