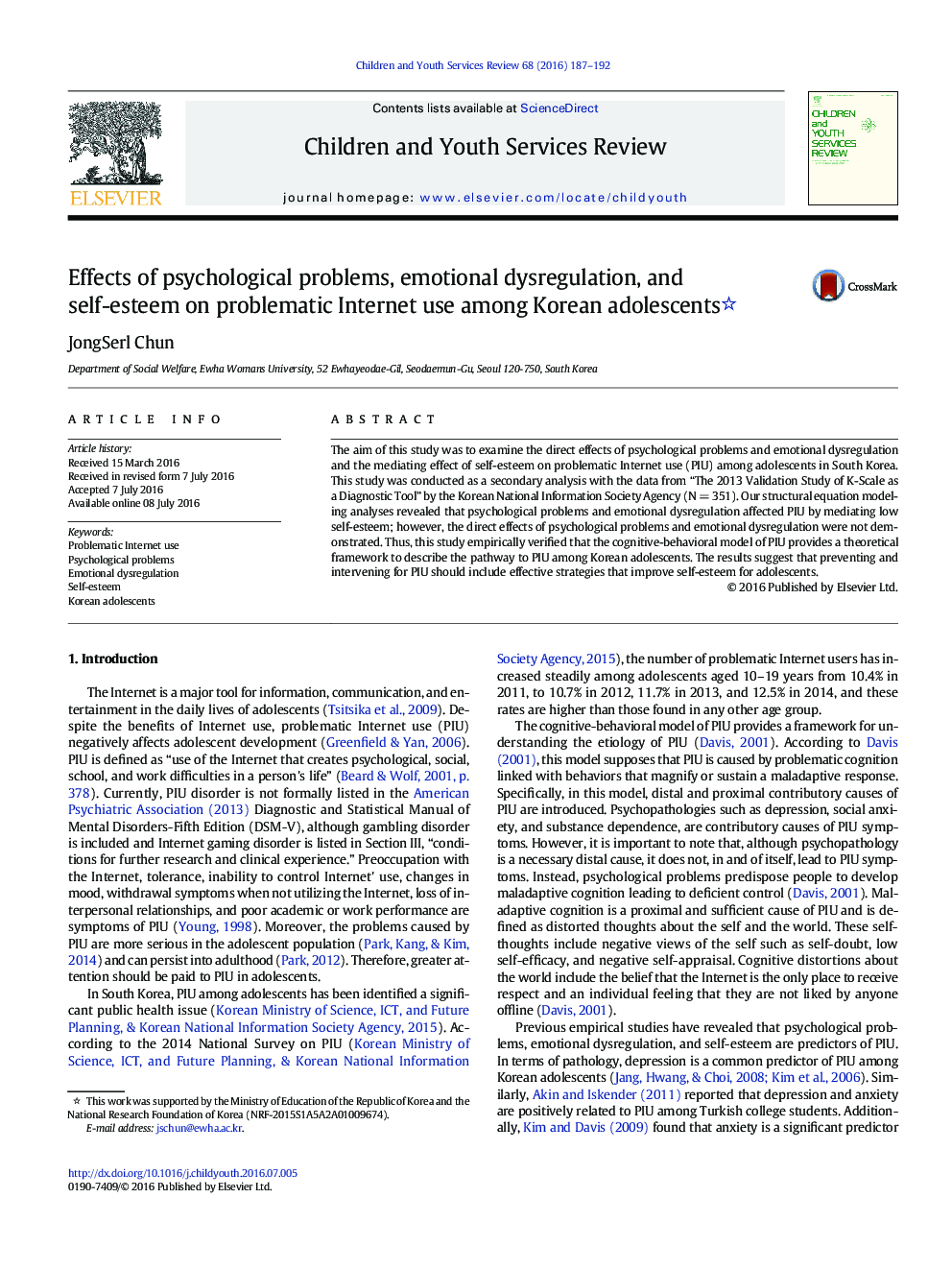 The aim of this study was to examine the direct effects of psychological problems and emotional dysregulation and the mediating effect of self-esteem on problematic Internet use (PIU) among adolescents in South Korea. This study was conducted as a secondary analysis with the data from “The 2013 Validation Study of K-Scale as a Diagnostic Tool” by the Korean National Information Society Agency (N = 351). Our structural equation modeling analyses revealed that psychological problems and emotional dysregulation affected PIU by mediating low self-esteem; however, the direct effects of psychological problems and emotional dysregulation were not demonstrated. Thus, this study empirically verified that the cognitive-behavioral model of PIU provides a theoretical framework to describe the pathway to PIU among Korean adolescents. The results suggest that preventing and intervening for PIU should include effective strategies that improve self-esteem for adolescents.