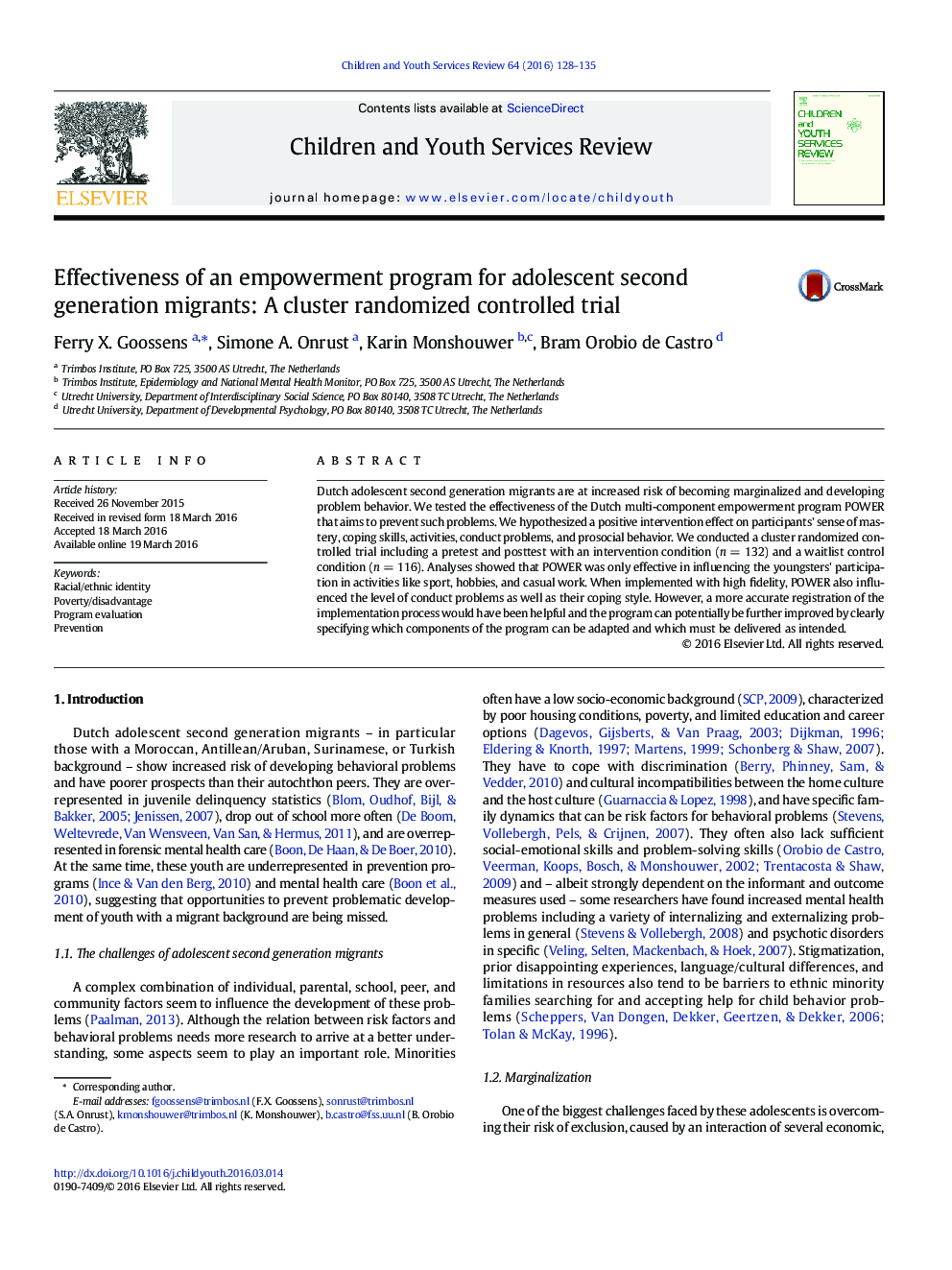 • Dutch adolescent second generation migrants at increased risk of problem behavior
• No effective preventive interventions in The Netherlands for this target group
• This study tested the effectiveness of a Dutch multi-component empowerment program.
• Intervention outcomes are positively influenced by high implementation fidelity.
• More research is needed on the optimal balance between fidelity and flexibility.

Dutch adolescent second generation migrants are at increased risk of becoming marginalized and developing problem behavior. We tested the effectiveness of the Dutch multi-component empowerment program POWER that aims to prevent such problems. We hypothesized a positive intervention effect on participants' sense of mastery, coping skills, activities, conduct problems, and prosocial behavior. We conducted a cluster randomized controlled trial including a pretest and posttest with an intervention condition (n = 132) and a waitlist control condition (n = 116). Analyses showed that POWER was only effective in influencing the youngsters' participation in activities like sport, hobbies, and casual work. When implemented with high fidelity, POWER also influenced the level of conduct problems as well as their coping style. However, a more accurate registration of the implementation process would have been helpful and the program can potentially be further improved by clearly specifying which components of the program can be adapted and which must be delivered as intended.