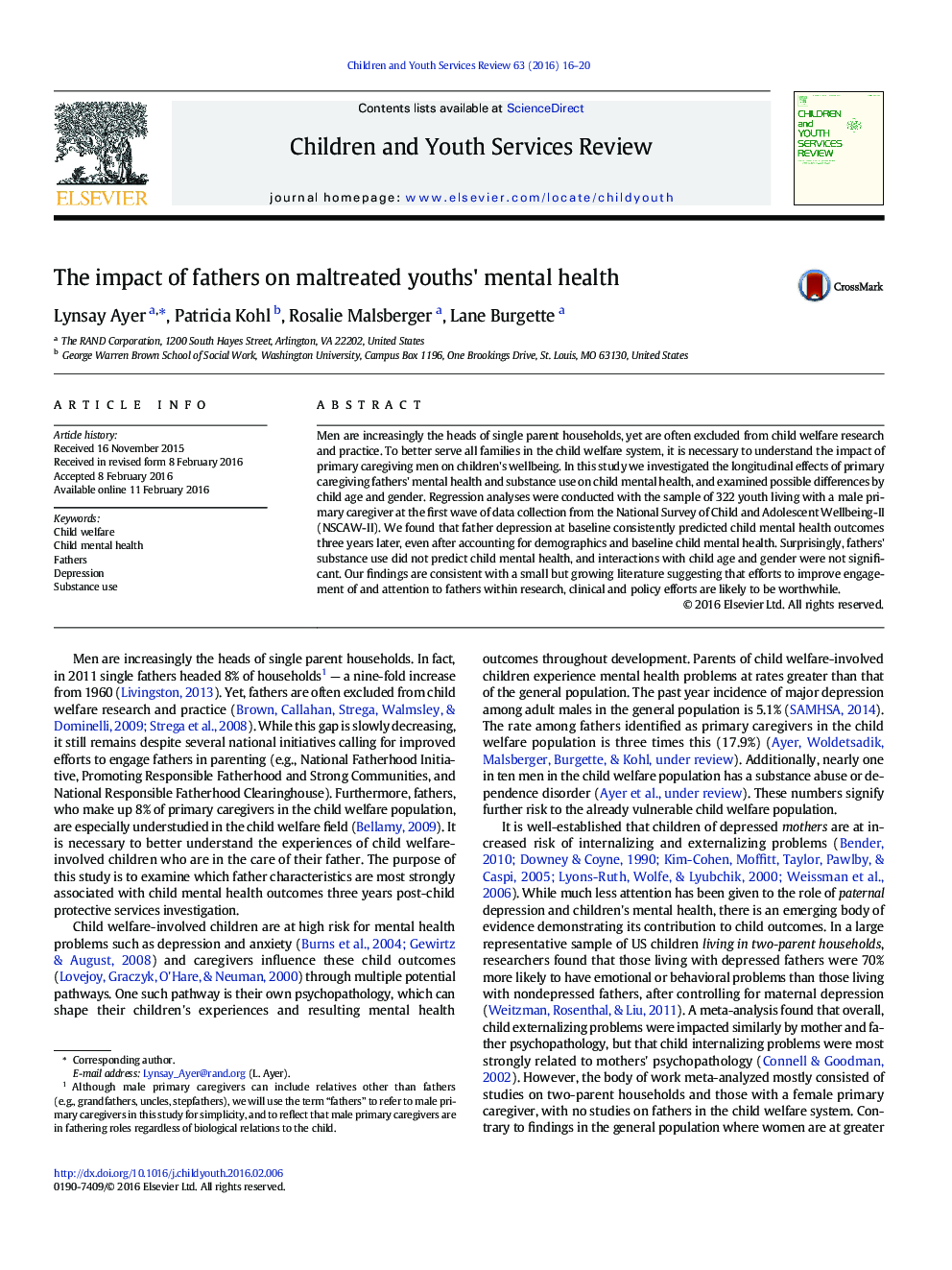 Men are increasingly the heads of single parent households, yet are often excluded from child welfare research and practice. To better serve all families in the child welfare system, it is necessary to understand the impact of primary caregiving men on children's wellbeing. In this study we investigated the longitudinal effects of primary caregiving fathers' mental health and substance use on child mental health, and examined possible differences by child age and gender. Regression analyses were conducted with the sample of 322 youth living with a male primary caregiver at the first wave of data collection from the National Survey of Child and Adolescent Wellbeing-II (NSCAW-II). We found that father depression at baseline consistently predicted child mental health outcomes three years later, even after accounting for demographics and baseline child mental health. Surprisingly, fathers' substance use did not predict child mental health, and interactions with child age and gender were not significant. Our findings are consistent with a small but growing literature suggesting that efforts to improve engagement of and attention to fathers within research, clinical and policy efforts are likely to be worthwhile.