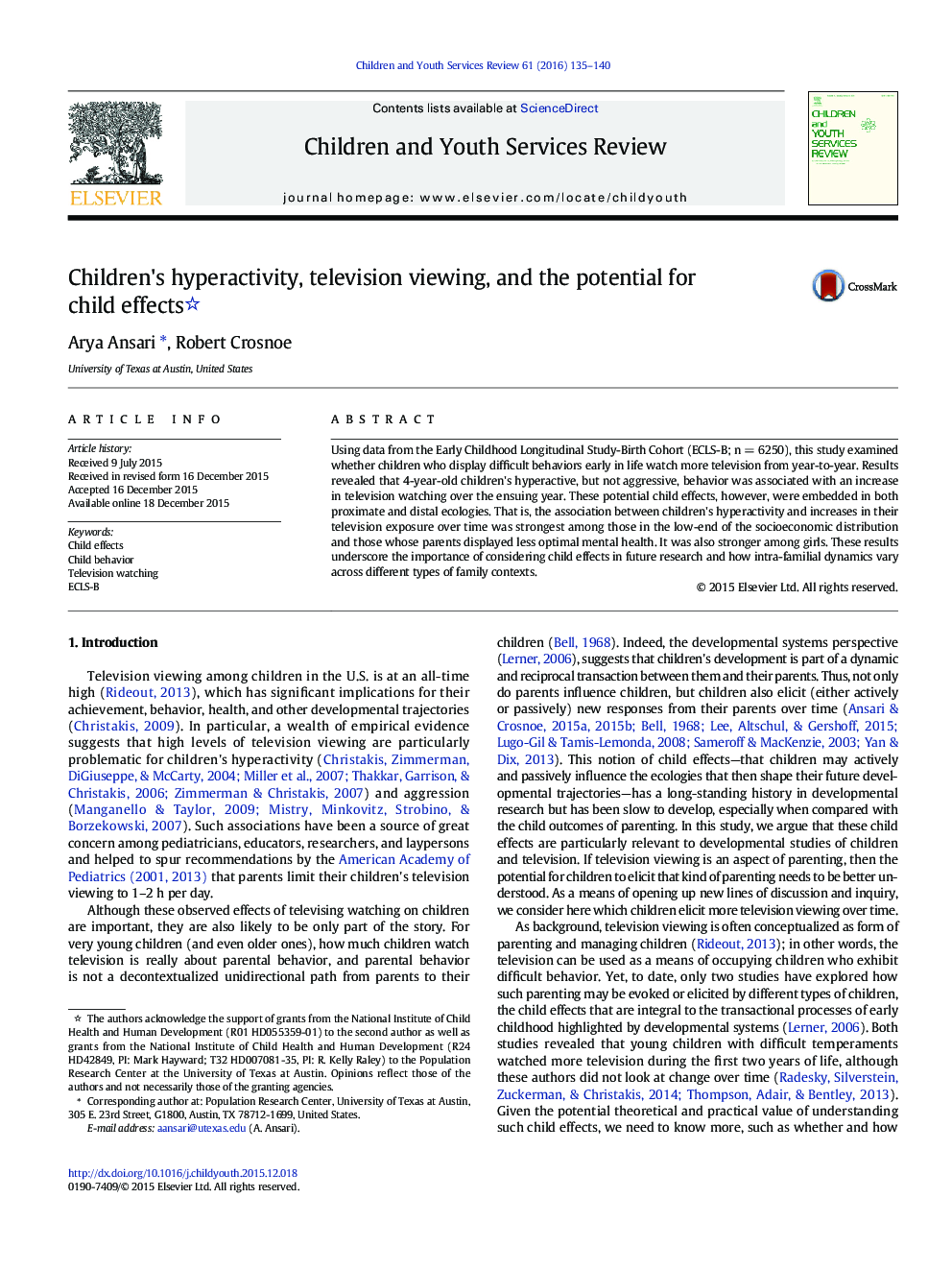 • We examine children's behavior as a predictor of television exposure over time.
• Children's hyperactive behavior was associated with increased television watching.
• These child effects were embedded in both proximate and distal ecologies.
• These effects were stronger among depressed and low-SES parents and parents of girls.
• Results underscore the value of considering child effects in developmental research.

Using data from the Early Childhood Longitudinal Study-Birth Cohort (ECLS-B; n = 6250), this study examined whether children who display difficult behaviors early in life watch more television from year-to-year. Results revealed that 4-year-old children's hyperactive, but not aggressive, behavior was associated with an increase in television watching over the ensuing year. These potential child effects, however, were embedded in both proximate and distal ecologies. That is, the association between children's hyperactivity and increases in their television exposure over time was strongest among those in the low-end of the socioeconomic distribution and those whose parents displayed less optimal mental health. It was also stronger among girls. These results underscore the importance of considering child effects in future research and how intra-familial dynamics vary across different types of family contexts.