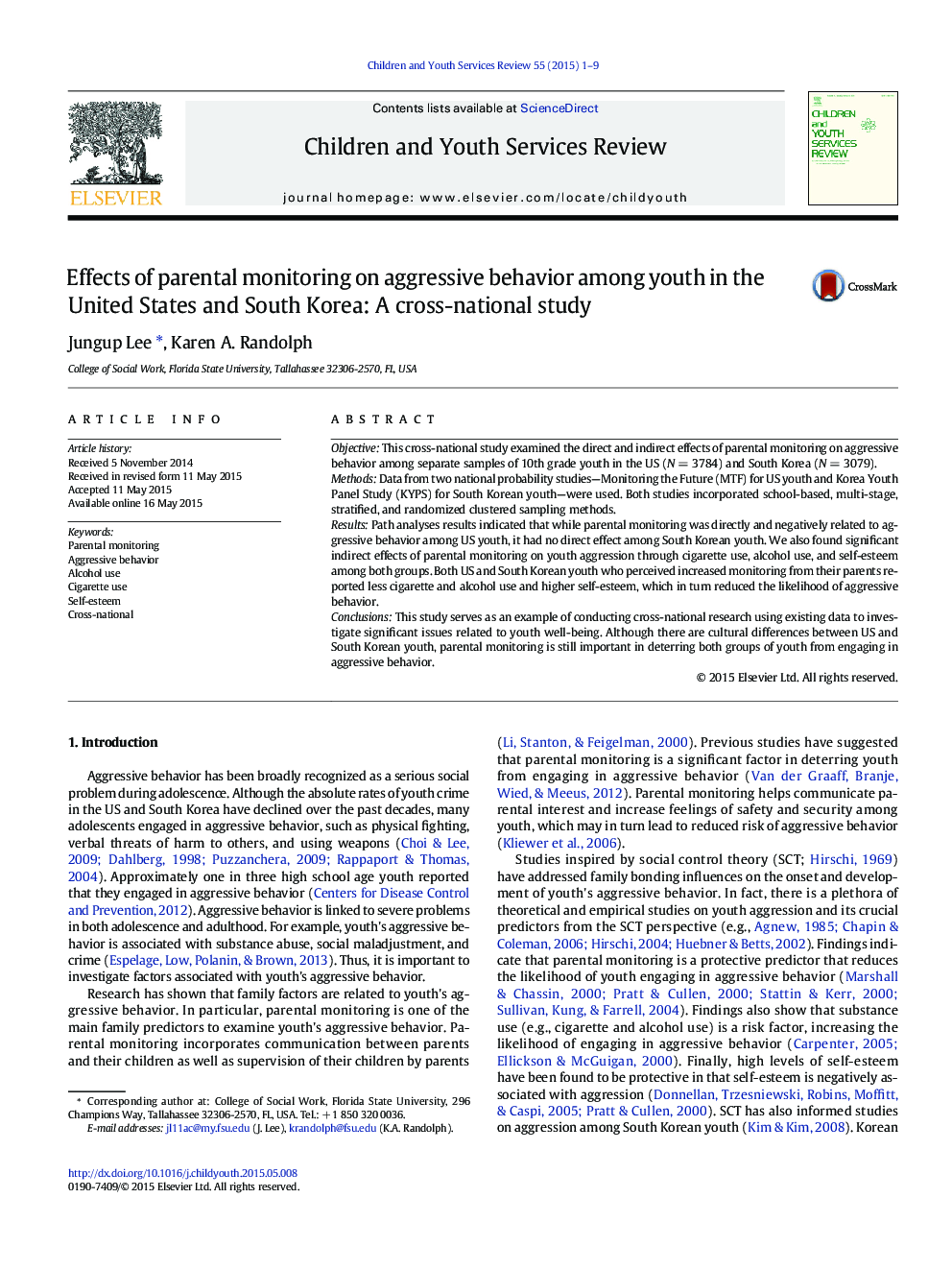 • Parental monitoring had a direct effect on aggressive behavior only for US youth.
• Females in both countries were less likely than males to commit aggressive behavior.
• Living area and father's education controlled significantly only for US youth
• The mediating roles of substance use and self-esteem were reported in both countries.
• Youth aggression was affected differently across different socio-cultural contexts.