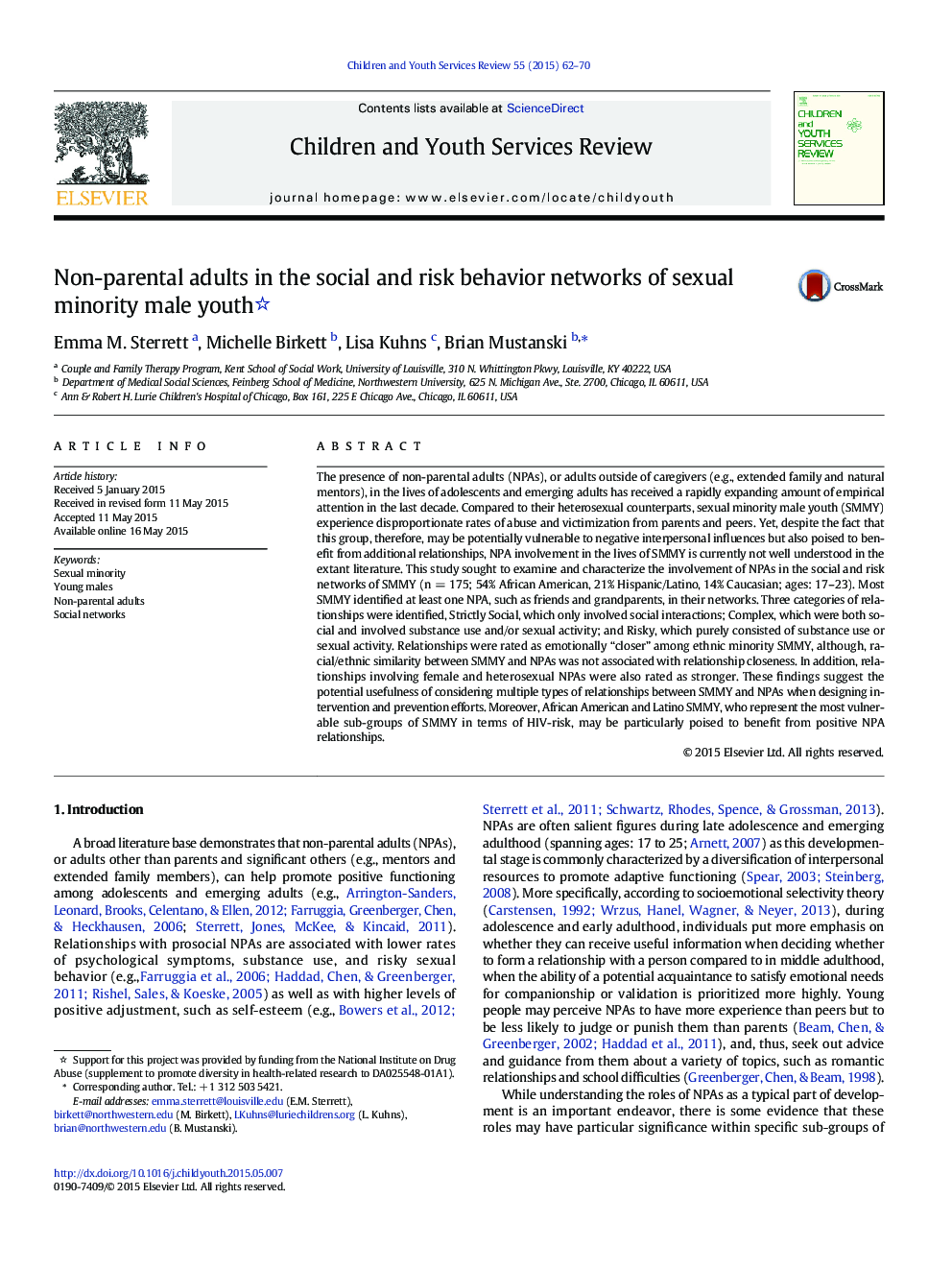 The presence of non-parental adults (NPAs), or adults outside of caregivers (e.g., extended family and natural mentors), in the lives of adolescents and emerging adults has received a rapidly expanding amount of empirical attention in the last decade. Compared to their heterosexual counterparts, sexual minority male youth (SMMY) experience disproportionate rates of abuse and victimization from parents and peers. Yet, despite the fact that this group, therefore, may be potentially vulnerable to negative interpersonal influences but also poised to benefit from additional relationships, NPA involvement in the lives of SMMY is currently not well understood in the extant literature. This study sought to examine and characterize the involvement of NPAs in the social and risk networks of SMMY (n = 175; 54% African American, 21% Hispanic/Latino, 14% Caucasian; ages: 17–23). Most SMMY identified at least one NPA, such as friends and grandparents, in their networks. Three categories of relationships were identified, Strictly Social, which only involved social interactions; Complex, which were both social and involved substance use and/or sexual activity; and Risky, which purely consisted of substance use or sexual activity. Relationships were rated as emotionally “closer” among ethnic minority SMMY, although, racial/ethnic similarity between SMMY and NPAs was not associated with relationship closeness. In addition, relationships involving female and heterosexual NPAs were also rated as stronger. These findings suggest the potential usefulness of considering multiple types of relationships between SMMY and NPAs when designing intervention and prevention efforts. Moreover, African American and Latino SMMY, who represent the most vulnerable sub-groups of SMMY in terms of HIV-risk, may be particularly poised to benefit from positive NPA relationships.