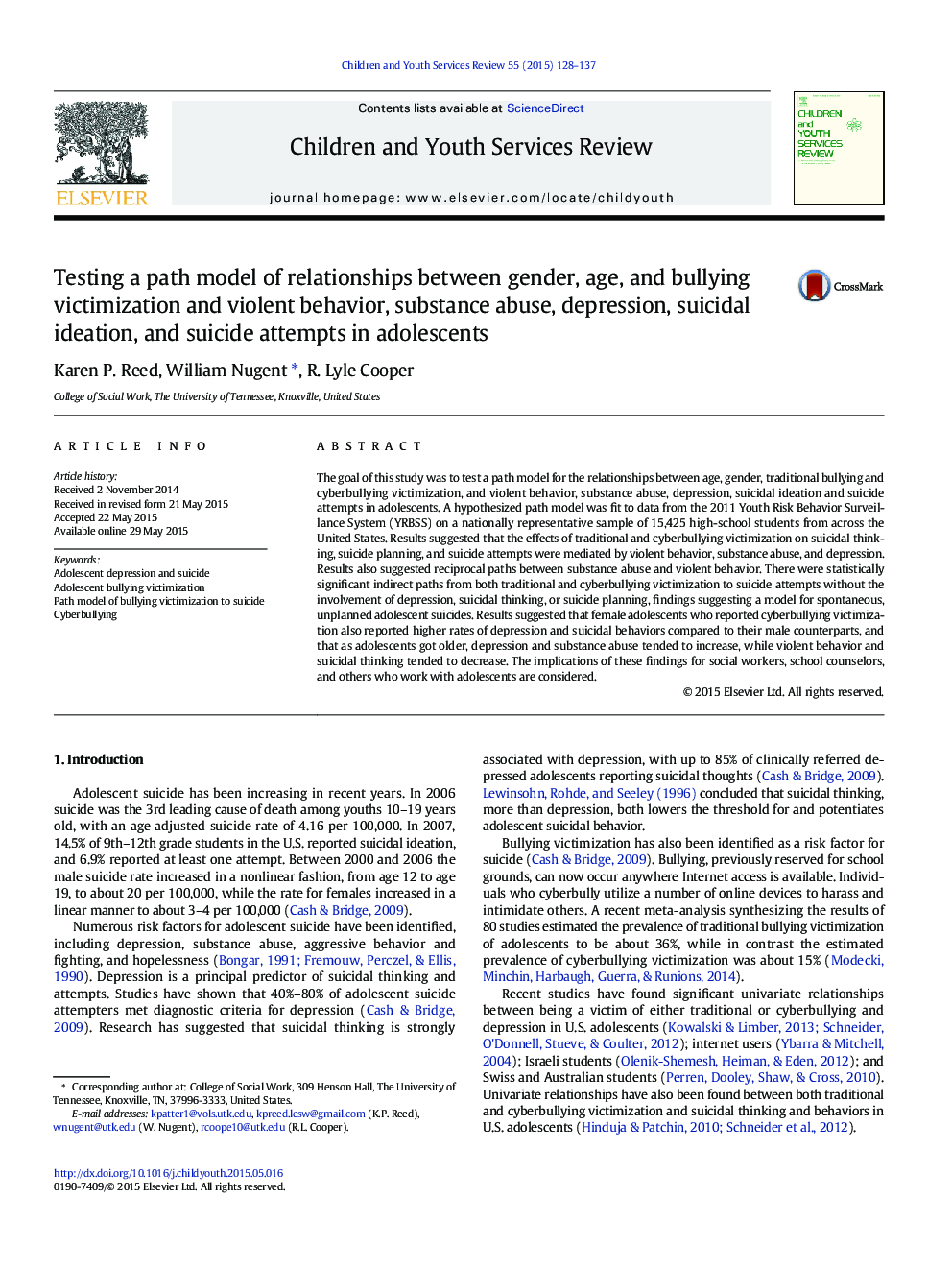 The goal of this study was to test a path model for the relationships between age, gender, traditional bullying and cyberbullying victimization, and violent behavior, substance abuse, depression, suicidal ideation and suicide attempts in adolescents. A hypothesized path model was fit to data from the 2011 Youth Risk Behavior Surveillance System (YRBSS) on a nationally representative sample of 15,425 high-school students from across the United States. Results suggested that the effects of traditional and cyberbullying victimization on suicidal thinking, suicide planning, and suicide attempts were mediated by violent behavior, substance abuse, and depression. Results also suggested reciprocal paths between substance abuse and violent behavior. There were statistically significant indirect paths from both traditional and cyberbullying victimization to suicide attempts without the involvement of depression, suicidal thinking, or suicide planning, findings suggesting a model for spontaneous, unplanned adolescent suicides. Results suggested that female adolescents who reported cyberbullying victimization also reported higher rates of depression and suicidal behaviors compared to their male counterparts, and that as adolescents got older, depression and substance abuse tended to increase, while violent behavior and suicidal thinking tended to decrease. The implications of these findings for social workers, school counselors, and others who work with adolescents are considered.