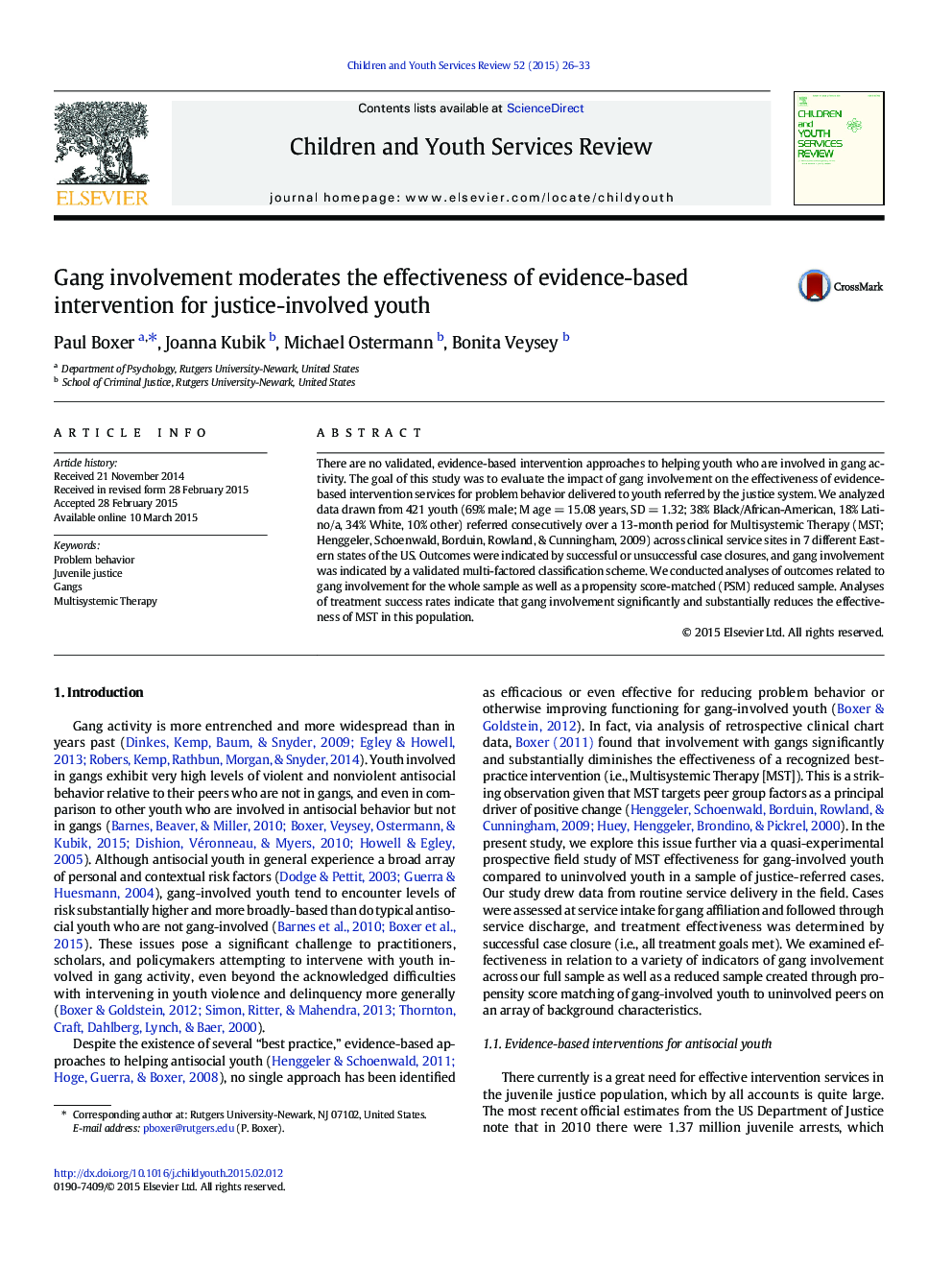 • Evaluated the effectiveness of Multisystemic Therapy for gang-involved youth
• Applied a prospective, quasi-experimental design via data from routine practice
• Found that gang involvement reduced the likelihood of successful case outcomes

There are no validated, evidence-based intervention approaches to helping youth who are involved in gang activity. The goal of this study was to evaluate the impact of gang involvement on the effectiveness of evidence-based intervention services for problem behavior delivered to youth referred by the justice system. We analyzed data drawn from 421 youth (69% male; M age = 15.08 years, SD = 1.32; 38% Black/African-American, 18% Latino/a, 34% White, 10% other) referred consecutively over a 13-month period for Multisystemic Therapy (MST; Henggeler, Schoenwald, Borduin, Rowland, & Cunningham, 2009) across clinical service sites in 7 different Eastern states of the US. Outcomes were indicated by successful or unsuccessful case closures, and gang involvement was indicated by a validated multi-factored classification scheme. We conducted analyses of outcomes related to gang involvement for the whole sample as well as a propensity score-matched (PSM) reduced sample. Analyses of treatment success rates indicate that gang involvement significantly and substantially reduces the effectiveness of MST in this population.