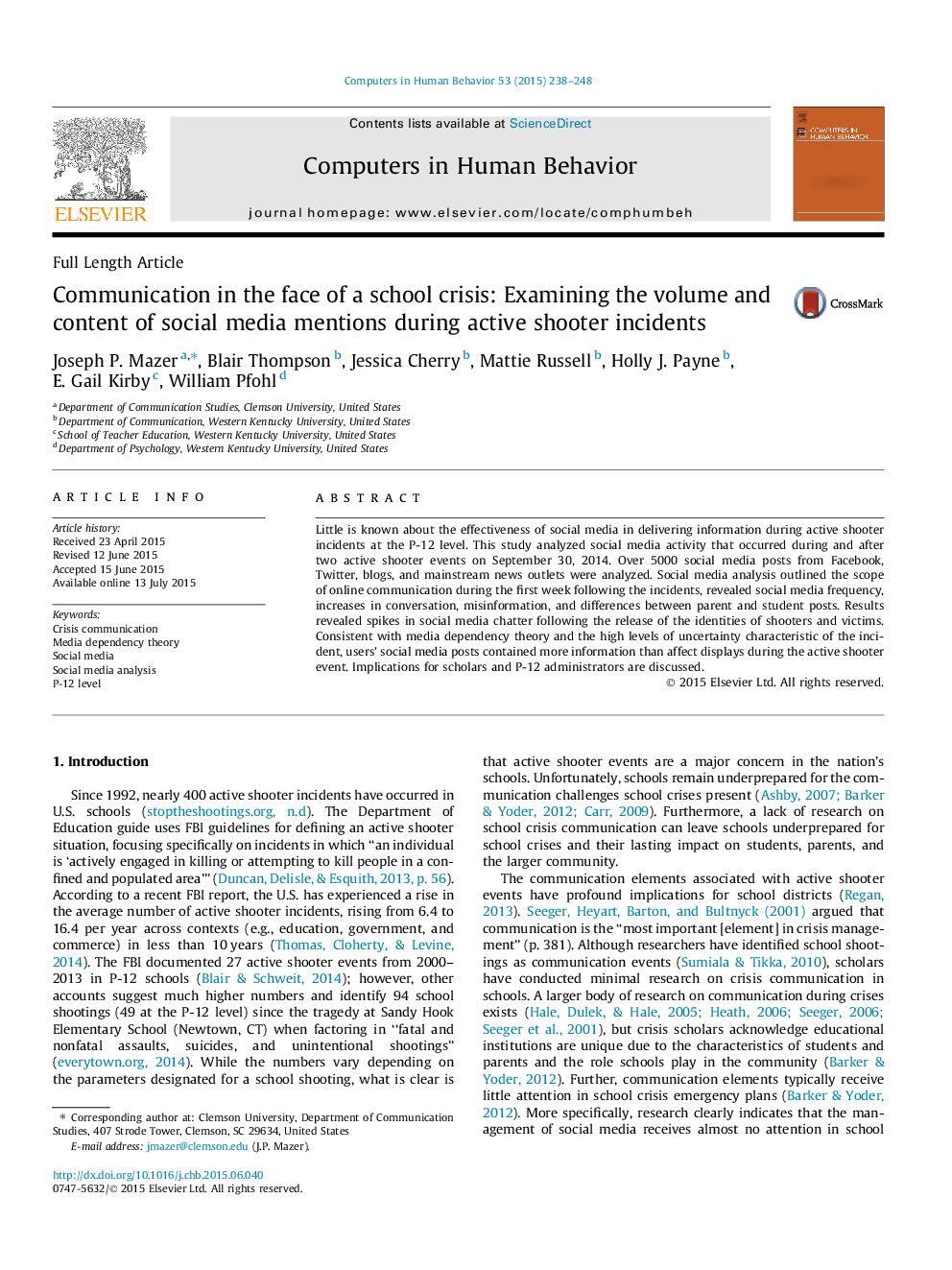 • The use of social media during active shooter events at the P-12 level was probed.
• Over 5000 posts from Facebook, Twitter, and news outlets were analyzed.
• Analysis outlined the scope of chatter during the week following the incidents.
• There were spikes in chatter after the release of shooter and victim identities.
• Posts contained more information than affect displays during the event.

Little is known about the effectiveness of social media in delivering information during active shooter incidents at the P-12 level. This study analyzed social media activity that occurred during and after two active shooter events on September 30, 2014. Over 5000 social media posts from Facebook, Twitter, blogs, and mainstream news outlets were analyzed. Social media analysis outlined the scope of online communication during the first week following the incidents, revealed social media frequency, increases in conversation, misinformation, and differences between parent and student posts. Results revealed spikes in social media chatter following the release of the identities of shooters and victims. Consistent with media dependency theory and the high levels of uncertainty characteristic of the incident, users’ social media posts contained more information than affect displays during the active shooter event. Implications for scholars and P-12 administrators are discussed.