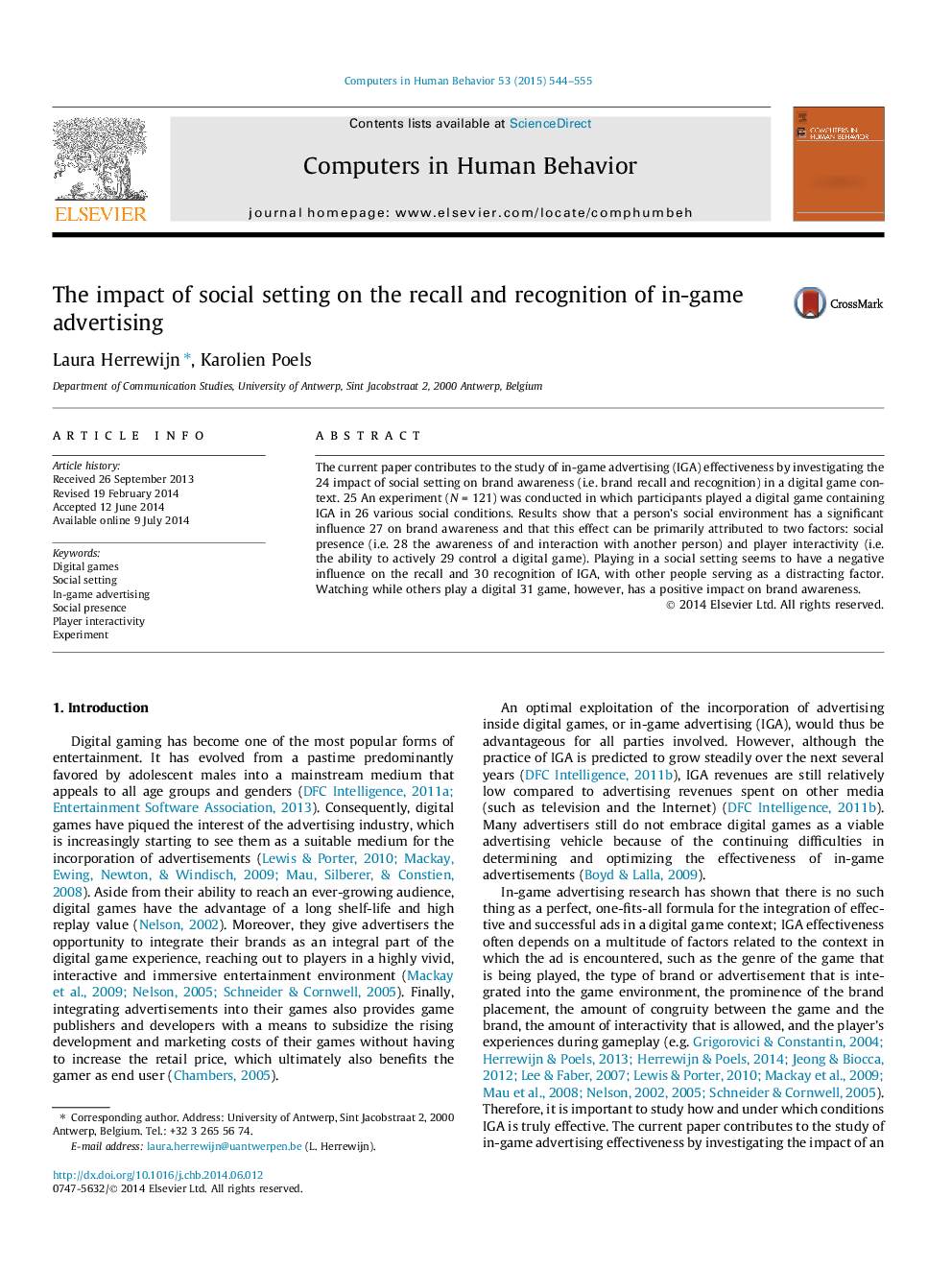 The current paper contributes to the study of in-game advertising (IGA) effectiveness by investigating the 24 impact of social setting on brand awareness (i.e. brand recall and recognition) in a digital game context. 25 An experiment (N = 121) was conducted in which participants played a digital game containing IGA in 26 various social conditions. Results show that a person’s social environment has a significant influence 27 on brand awareness and that this effect can be primarily attributed to two factors: social presence (i.e. 28 the awareness of and interaction with another person) and player interactivity (i.e. the ability to actively 29 control a digital game). Playing in a social setting seems to have a negative influence on the recall and 30 recognition of IGA, with other people serving as a distracting factor. Watching while others play a digital 31 game, however, has a positive impact on brand awareness.