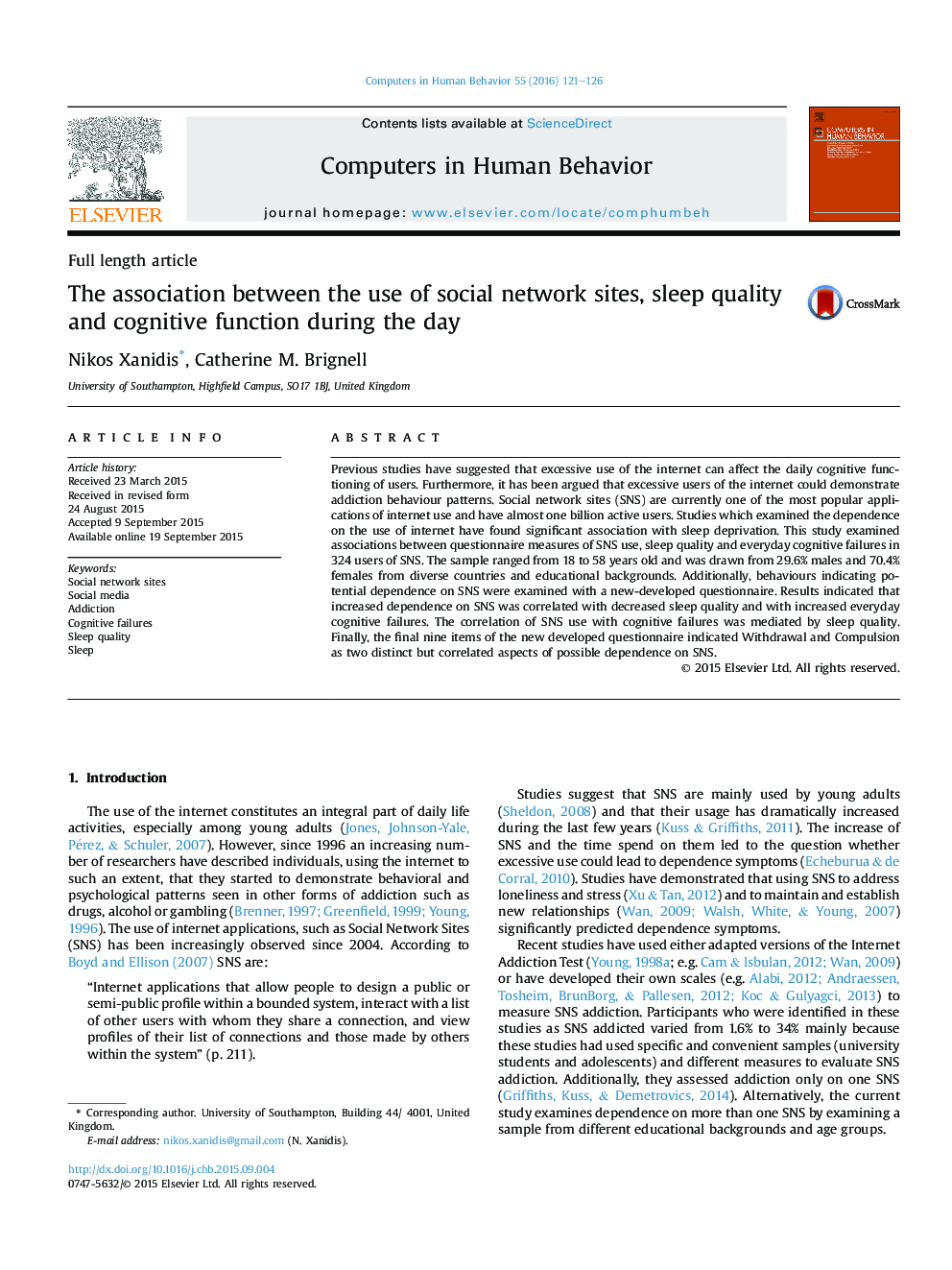 Previous studies have suggested that excessive use of the internet can affect the daily cognitive functioning of users. Furthermore, it has been argued that excessive users of the internet could demonstrate addiction behaviour patterns. Social network sites (SNS) are currently one of the most popular applications of internet use and have almost one billion active users. Studies which examined the dependence on the use of internet have found significant association with sleep deprivation. This study examined associations between questionnaire measures of SNS use, sleep quality and everyday cognitive failures in 324 users of SNS. The sample ranged from 18 to 58 years old and was drawn from 29.6% males and 70.4% females from diverse countries and educational backgrounds. Additionally, behaviours indicating potential dependence on SNS were examined with a new-developed questionnaire. Results indicated that increased dependence on SNS was correlated with decreased sleep quality and with increased everyday cognitive failures. The correlation of SNS use with cognitive failures was mediated by sleep quality. Finally, the final nine items of the new developed questionnaire indicated Withdrawal and Compulsion as two distinct but correlated aspects of possible dependence on SNS.