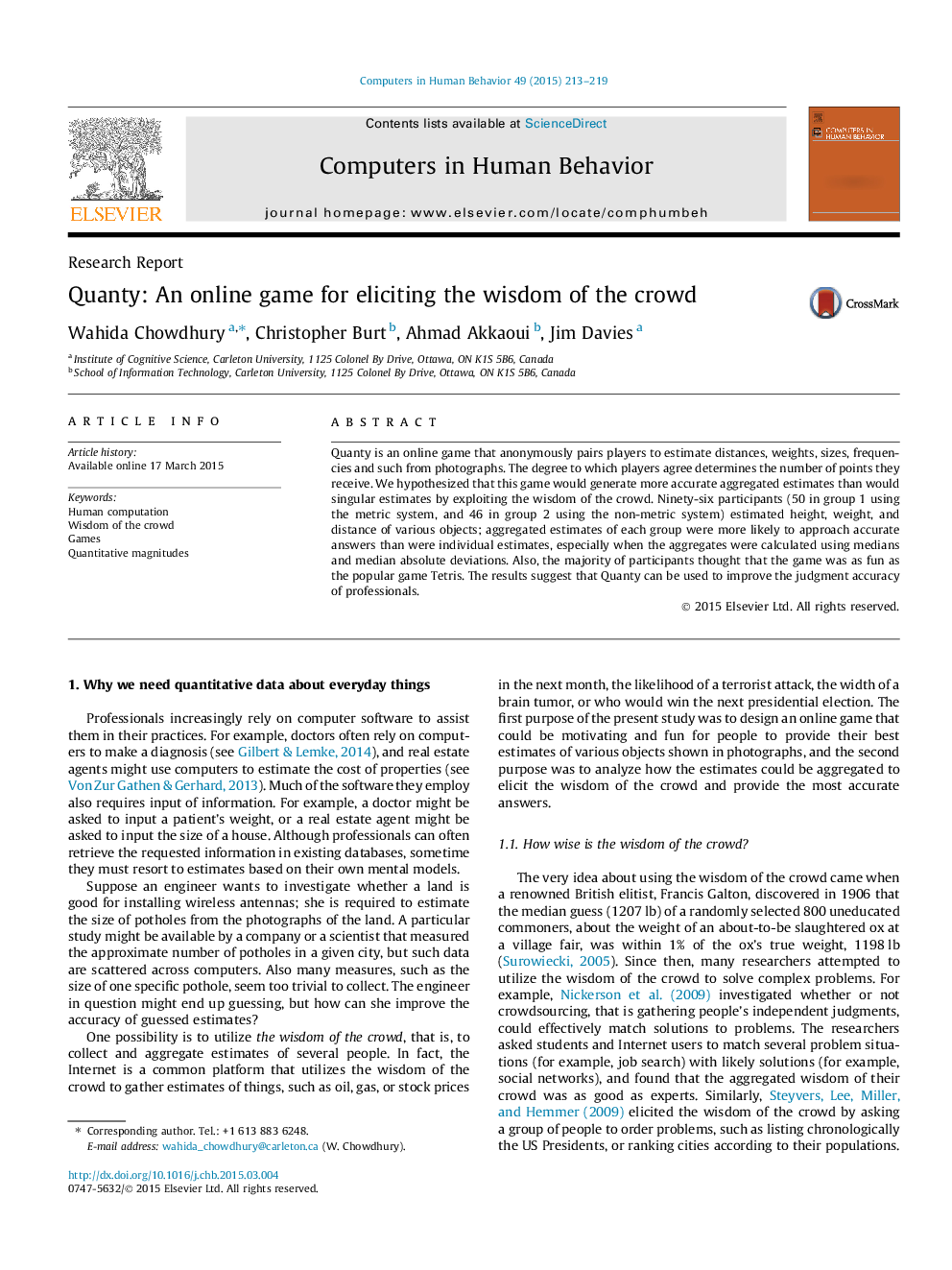 • We designed an online game, Quanty to derive quantitative estimates.
• The wisdom of crowd is elicited by aggregating estimates of several people.
• Medians and Median absolute deviations of responses produced the greatest accuracy.
• Anyone can export Quanty’s data from the Quantygame.com website.
• Professionals can show their own pictures to elicit the wisdom of crowd.

Quanty is an online game that anonymously pairs players to estimate distances, weights, sizes, frequencies and such from photographs. The degree to which players agree determines the number of points they receive. We hypothesized that this game would generate more accurate aggregated estimates than would singular estimates by exploiting the wisdom of the crowd. Ninety-six participants (50 in group 1 using the metric system, and 46 in group 2 using the non-metric system) estimated height, weight, and distance of various objects; aggregated estimates of each group were more likely to approach accurate answers than were individual estimates, especially when the aggregates were calculated using medians and median absolute deviations. Also, the majority of participants thought that the game was as fun as the popular game Tetris. The results suggest that Quanty can be used to improve the judgment accuracy of professionals.