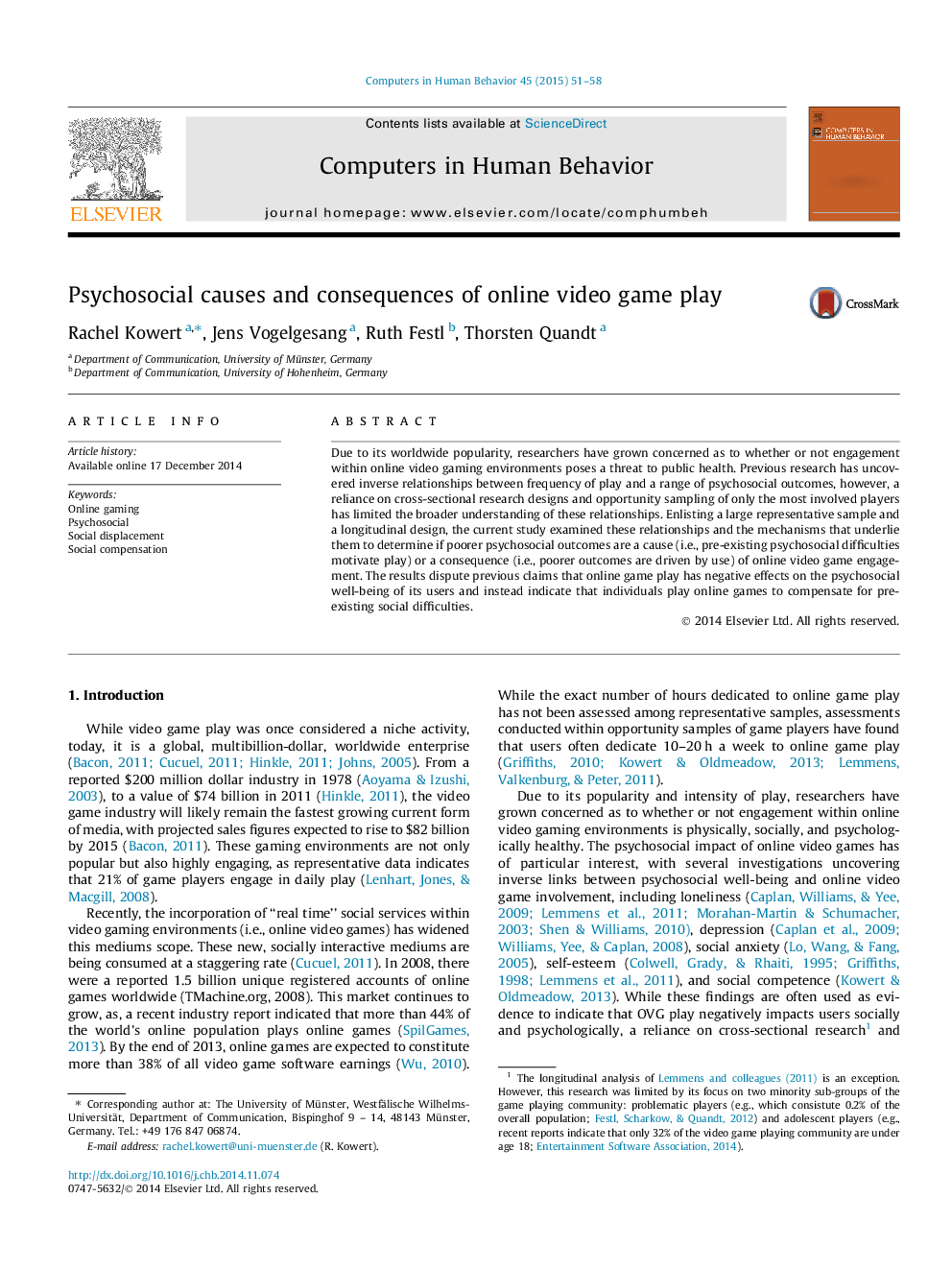 Due to its worldwide popularity, researchers have grown concerned as to whether or not engagement within online video gaming environments poses a threat to public health. Previous research has uncovered inverse relationships between frequency of play and a range of psychosocial outcomes, however, a reliance on cross-sectional research designs and opportunity sampling of only the most involved players has limited the broader understanding of these relationships. Enlisting a large representative sample and a longitudinal design, the current study examined these relationships and the mechanisms that underlie them to determine if poorer psychosocial outcomes are a cause (i.e., pre-existing psychosocial difficulties motivate play) or a consequence (i.e., poorer outcomes are driven by use) of online video game engagement. The results dispute previous claims that online game play has negative effects on the psychosocial well-being of its users and instead indicate that individuals play online games to compensate for pre-existing social difficulties.