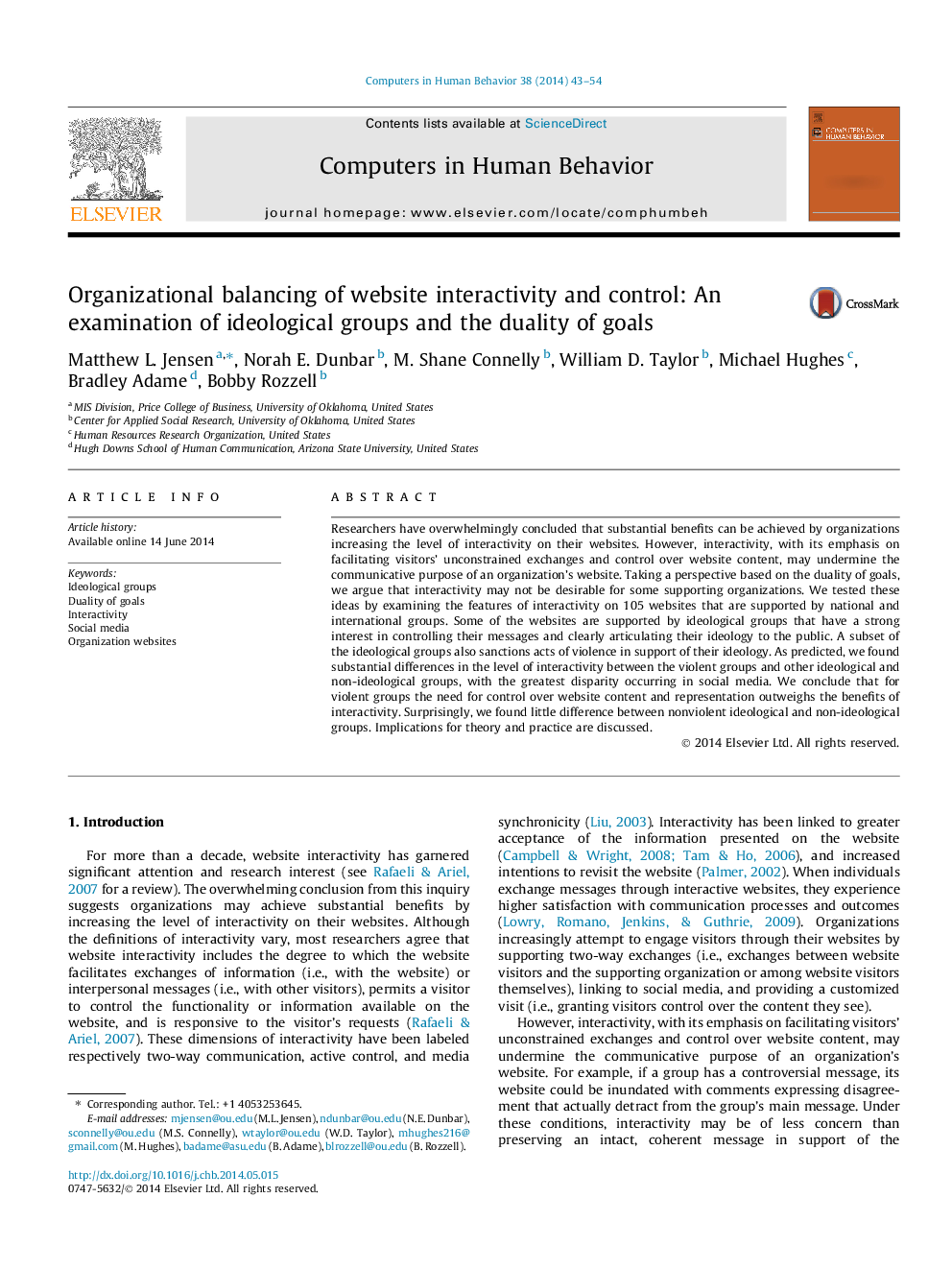 Researchers have overwhelmingly concluded that substantial benefits can be achieved by organizations increasing the level of interactivity on their websites. However, interactivity, with its emphasis on facilitating visitors’ unconstrained exchanges and control over website content, may undermine the communicative purpose of an organization’s website. Taking a perspective based on the duality of goals, we argue that interactivity may not be desirable for some supporting organizations. We tested these ideas by examining the features of interactivity on 105 websites that are supported by national and international groups. Some of the websites are supported by ideological groups that have a strong interest in controlling their messages and clearly articulating their ideology to the public. A subset of the ideological groups also sanctions acts of violence in support of their ideology. As predicted, we found substantial differences in the level of interactivity between the violent groups and other ideological and non-ideological groups, with the greatest disparity occurring in social media. We conclude that for violent groups the need for control over website content and representation outweighs the benefits of interactivity. Surprisingly, we found little difference between nonviolent ideological and non-ideological groups. Implications for theory and practice are discussed.