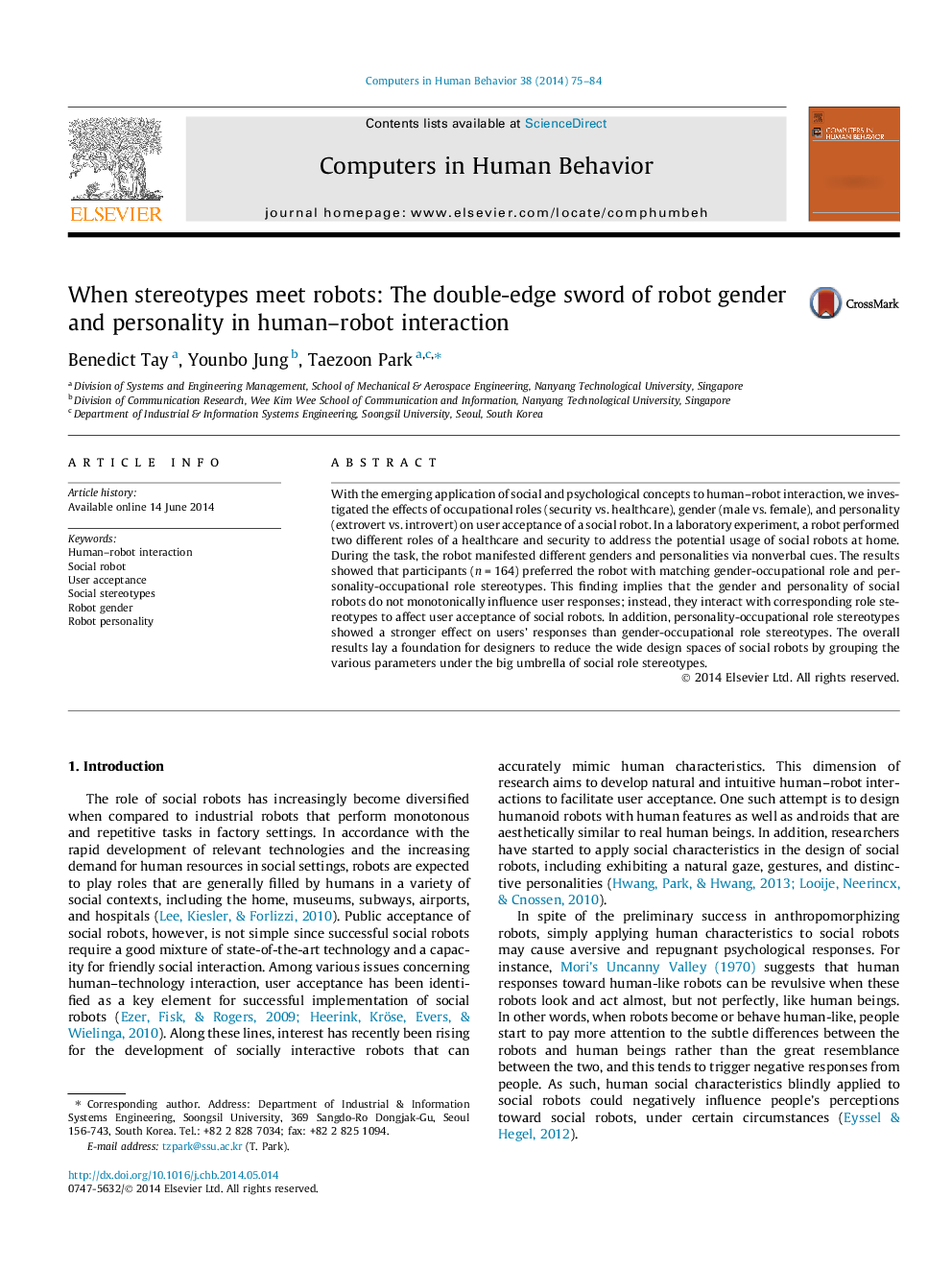 • We investigated the effect of role stereotypes on user acceptance of social robots.
• People respond to social robots based on gender and personality stereotypes in a role.
• People more easily accepted robots that were in line with their existing stereotypes.
• A social robot is neither a solely affective nor functional product.
• In-role robot personality, compared to gender, was more influencing on user responses.