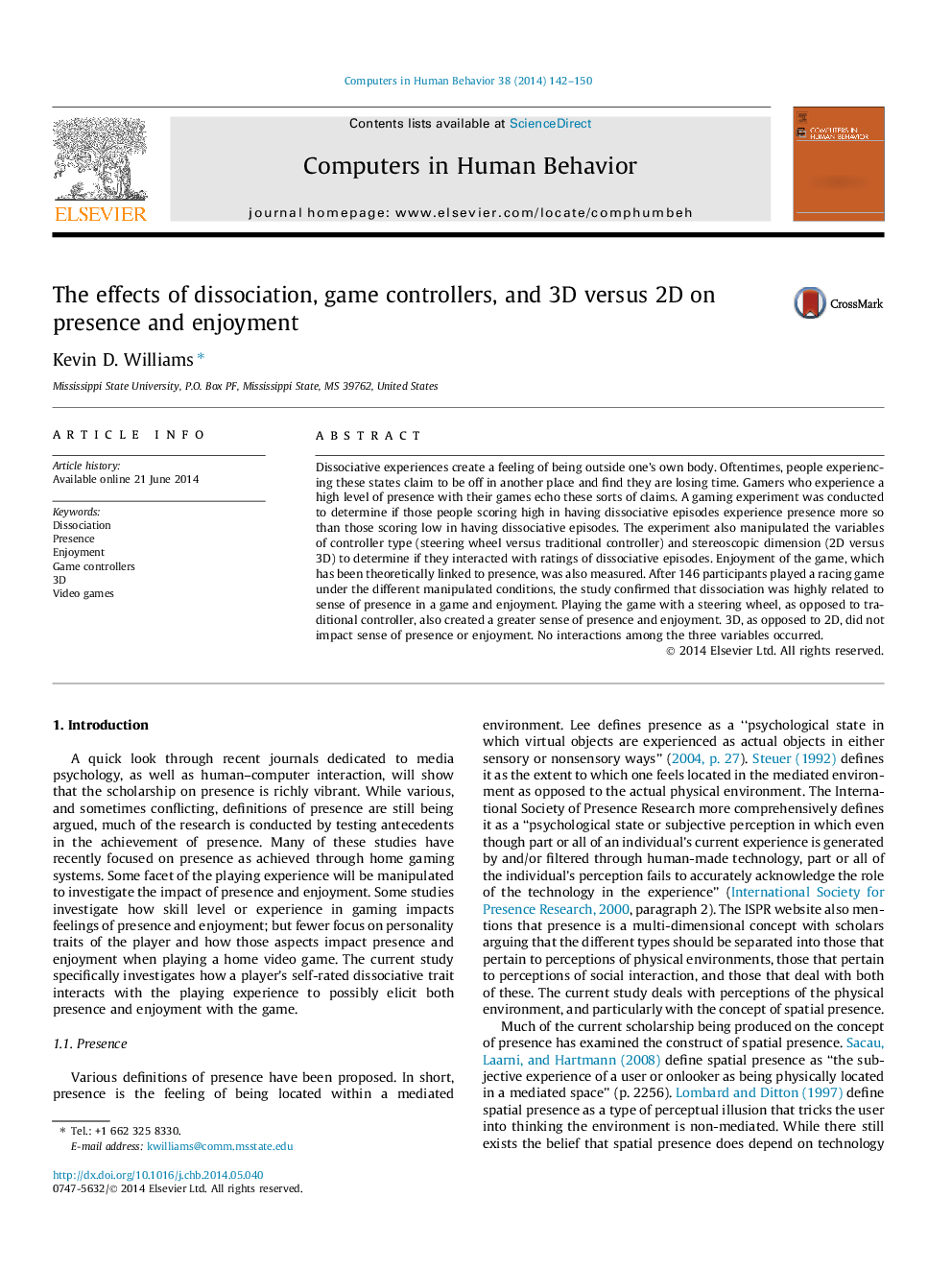 Dissociative experiences create a feeling of being outside one’s own body. Oftentimes, people experiencing these states claim to be off in another place and find they are losing time. Gamers who experience a high level of presence with their games echo these sorts of claims. A gaming experiment was conducted to determine if those people scoring high in having dissociative episodes experience presence more so than those scoring low in having dissociative episodes. The experiment also manipulated the variables of controller type (steering wheel versus traditional controller) and stereoscopic dimension (2D versus 3D) to determine if they interacted with ratings of dissociative episodes. Enjoyment of the game, which has been theoretically linked to presence, was also measured. After 146 participants played a racing game under the different manipulated conditions, the study confirmed that dissociation was highly related to sense of presence in a game and enjoyment. Playing the game with a steering wheel, as opposed to traditional controller, also created a greater sense of presence and enjoyment. 3D, as opposed to 2D, did not impact sense of presence or enjoyment. No interactions among the three variables occurred.