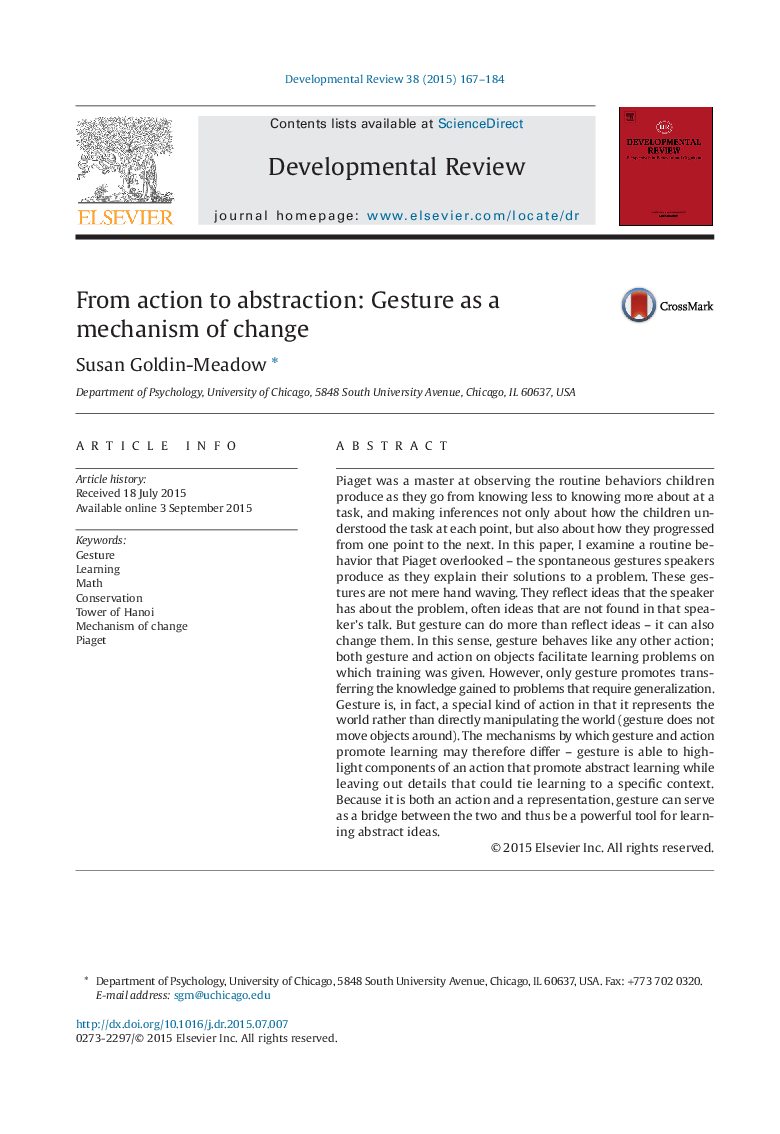 • Gesture often reflects ideas that a speaker has but does not articulate in speech.
• Gesture goes beyond reflecting ideas and, like action on objects, can change ideas.
• Gesture and action both facilitate learning problems on which training was given.
• But only gesture promotes generalizing the knowledge gained to new problems.
• Gesture can serve as a learning tool for moving from particular to more general ideas.

Piaget was a master at observing the routine behaviors children produce as they go from knowing less to knowing more about at a task, and making inferences not only about how the children understood the task at each point, but also about how they progressed from one point to the next. In this paper, I examine a routine behavior that Piaget overlooked – the spontaneous gestures speakers produce as they explain their solutions to a problem. These gestures are not mere hand waving. They reflect ideas that the speaker has about the problem, often ideas that are not found in that speaker's talk. But gesture can do more than reflect ideas – it can also change them. In this sense, gesture behaves like any other action; both gesture and action on objects facilitate learning problems on which training was given. However, only gesture promotes transferring the knowledge gained to problems that require generalization. Gesture is, in fact, a special kind of action in that it represents the world rather than directly manipulating the world (gesture does not move objects around). The mechanisms by which gesture and action promote learning may therefore differ – gesture is able to highlight components of an action that promote abstract learning while leaving out details that could tie learning to a specific context. Because it is both an action and a representation, gesture can serve as a bridge between the two and thus be a powerful tool for learning abstract ideas.