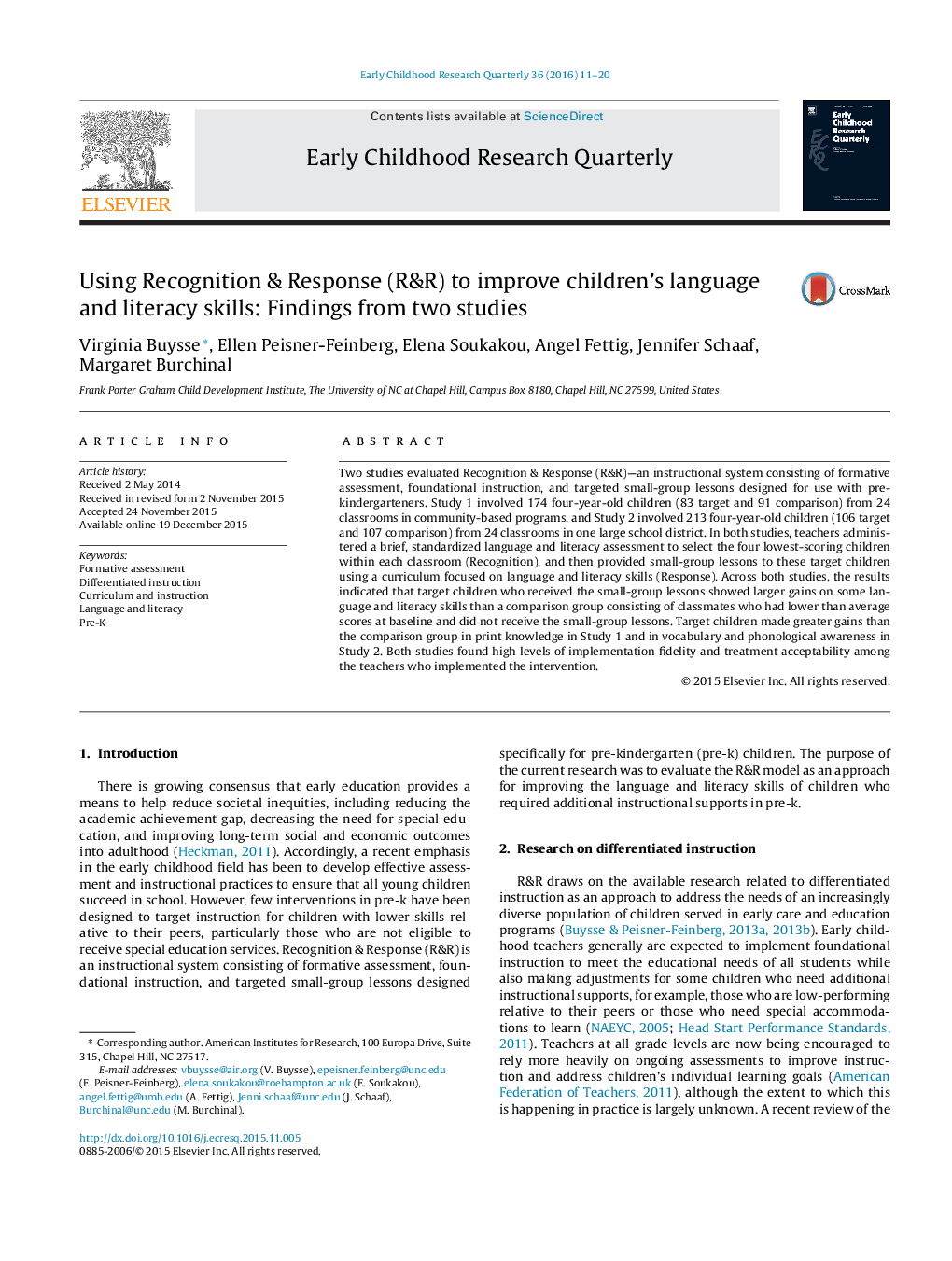 Two studies evaluated Recognition & Response (R&R)—an instructional system consisting of formative assessment, foundational instruction, and targeted small-group lessons designed for use with pre-kindergarteners. Study 1 involved 174 four-year-old children (83 target and 91 comparison) from 24 classrooms in community-based programs, and Study 2 involved 213 four-year-old children (106 target and 107 comparison) from 24 classrooms in one large school district. In both studies, teachers administered a brief, standardized language and literacy assessment to select the four lowest-scoring children within each classroom (Recognition), and then provided small-group lessons to these target children using a curriculum focused on language and literacy skills (Response). Across both studies, the results indicated that target children who received the small-group lessons showed larger gains on some language and literacy skills than a comparison group consisting of classmates who had lower than average scores at baseline and did not receive the small-group lessons. Target children made greater gains than the comparison group in print knowledge in Study 1 and in vocabulary and phonological awareness in Study 2. Both studies found high levels of implementation fidelity and treatment acceptability among the teachers who implemented the intervention.