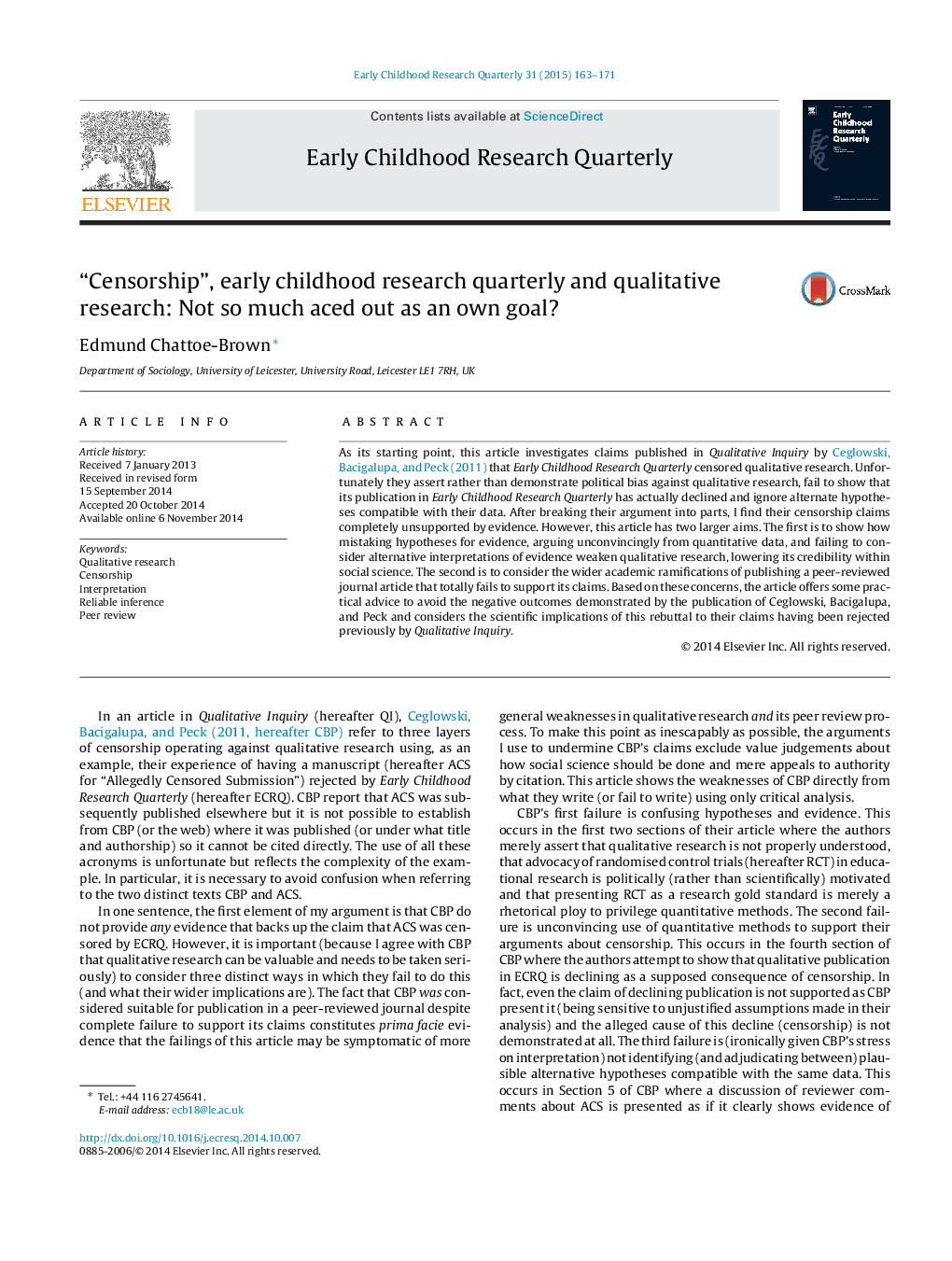 • A paper published by Ceglowski, Bacigalupa, and Peck (CBP) in Qualitative Inquiry (2011) provides no evidence to support its claim that ECRQ censored qualitative research.
• CBP is shown to mistake hypotheses for evidence, use quantitative arguments ineptly and ignore important questions of interpretation that undermine their claims.
• These weaknesses relate to more general hazards of inadequate quality control in qualitative research.
• This paper uses CBP as a case study to demonstrate the importance of critical peer reviewing and the pursuit of maximum rigour, if qualitative research is not to undermine its own credibility.

As its starting point, this article investigates claims published in Qualitative Inquiry by Ceglowski, Bacigalupa, and Peck (2011) that Early Childhood Research Quarterly censored qualitative research. Unfortunately they assert rather than demonstrate political bias against qualitative research, fail to show that its publication in Early Childhood Research Quarterly has actually declined and ignore alternate hypotheses compatible with their data. After breaking their argument into parts, I find their censorship claims completely unsupported by evidence. However, this article has two larger aims. The first is to show how mistaking hypotheses for evidence, arguing unconvincingly from quantitative data, and failing to consider alternative interpretations of evidence weaken qualitative research, lowering its credibility within social science. The second is to consider the wider academic ramifications of publishing a peer-reviewed journal article that totally fails to support its claims. Based on these concerns, the article offers some practical advice to avoid the negative outcomes demonstrated by the publication of Ceglowski, Bacigalupa, and Peck and considers the scientific implications of this rebuttal to their claims having been rejected previously by Qualitative Inquiry.