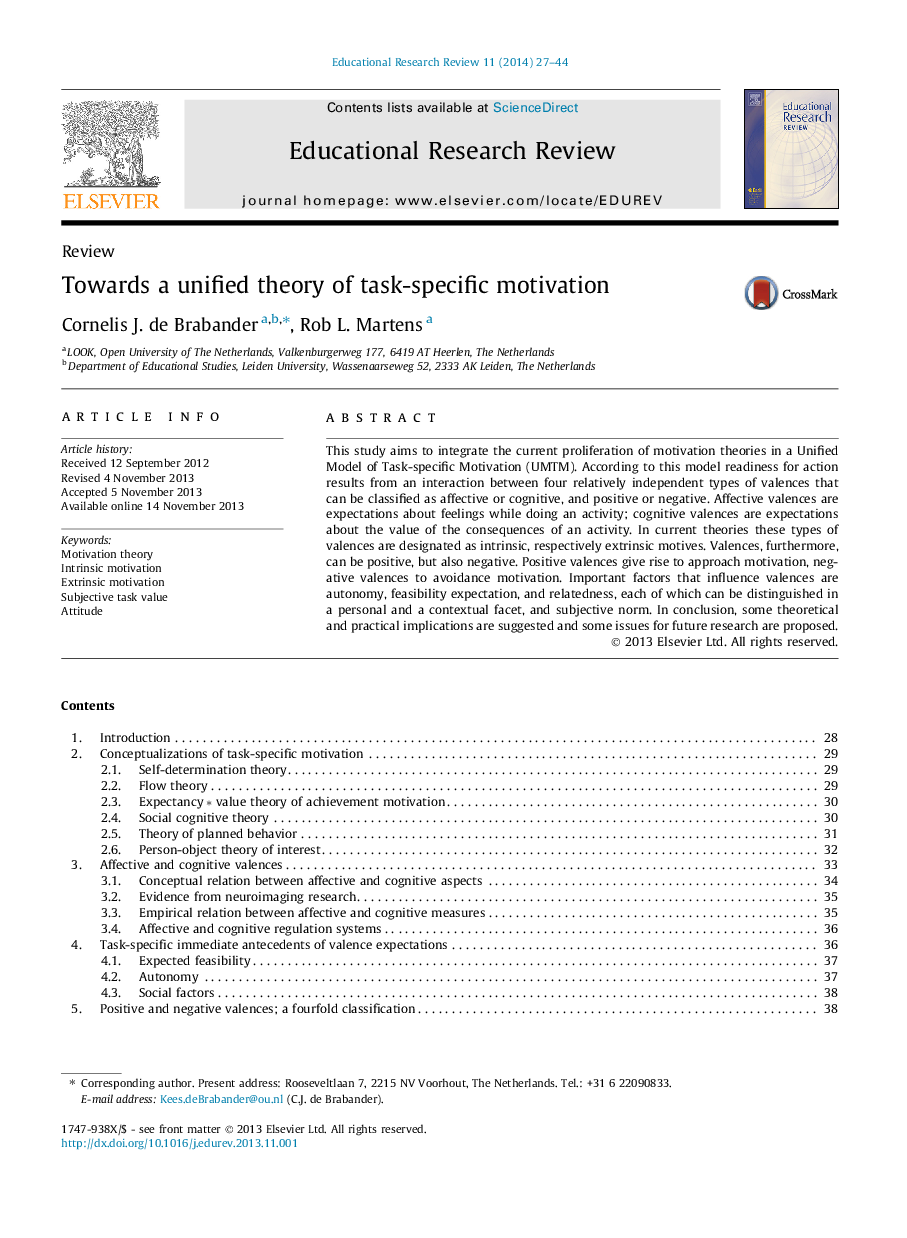 • Intrinsic and extrinsic motivation reemerge as affective and cognitive valences.
• Valences can be positive (approach motivation) or negative (avoidance motivation).
• These four types of valences are relatively independent.
• Key sources of valences are autonomy, feasibility, relatedness and subjective norm.
• Some of these factors have a personal and a contextual facet.

This study aims to integrate the current proliferation of motivation theories in a Unified Model of Task-specific Motivation (UMTM). According to this model readiness for action results from an interaction between four relatively independent types of valences that can be classified as affective or cognitive, and positive or negative. Affective valences are expectations about feelings while doing an activity; cognitive valences are expectations about the value of the consequences of an activity. In current theories these types of valences are designated as intrinsic, respectively extrinsic motives. Valences, furthermore, can be positive, but also negative. Positive valences give rise to approach motivation, negative valences to avoidance motivation. Important factors that influence valences are autonomy, feasibility expectation, and relatedness, each of which can be distinguished in a personal and a contextual facet, and subjective norm. In conclusion, some theoretical and practical implications are suggested and some issues for future research are proposed.