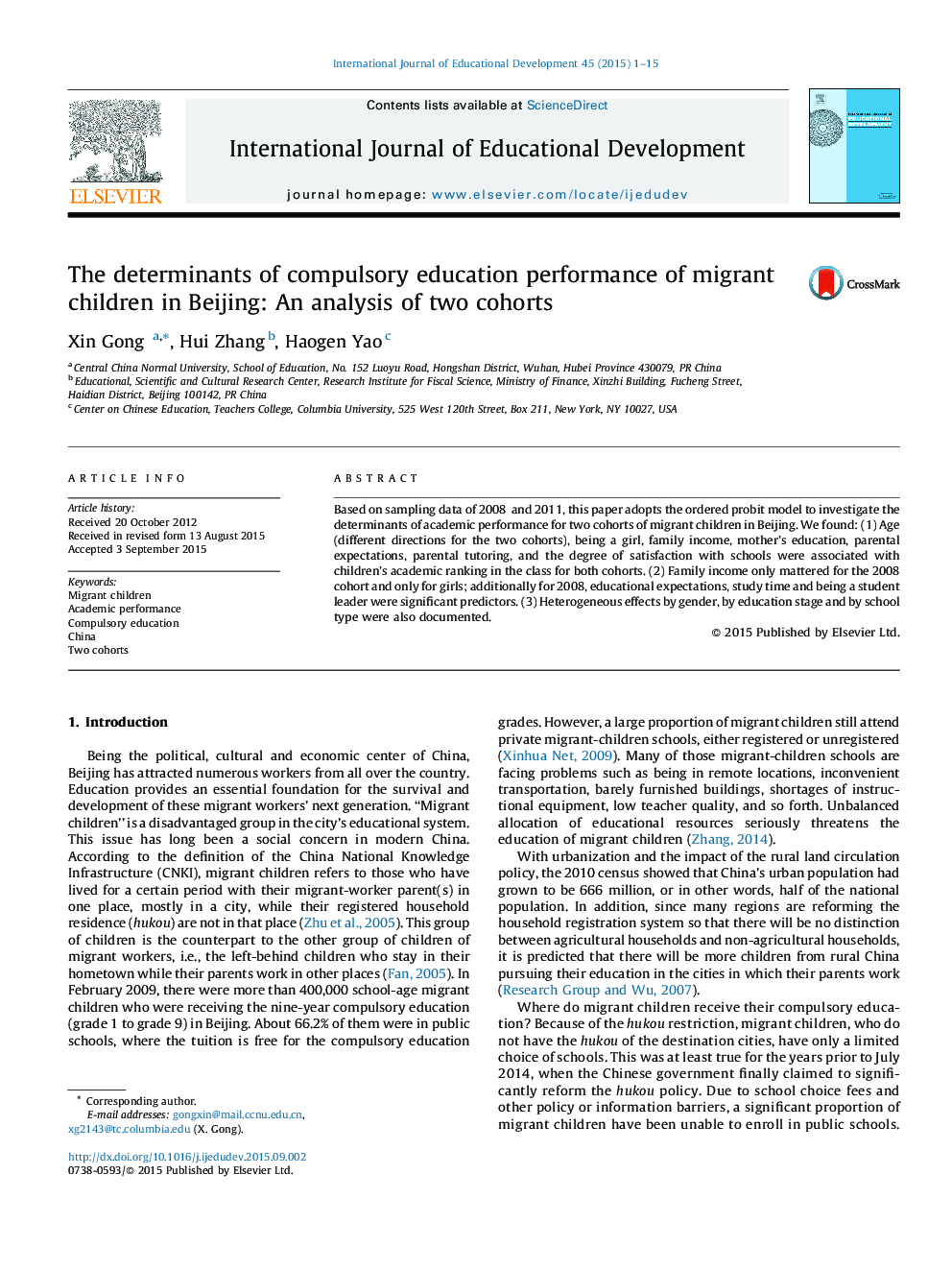 • Factors like gender, income, parent expectation, and school satisfaction matter for both cohorts.
• Family economic status matters only for the 2008 cohort, not for 2011; and this is for girls only.
• For 2008, education expectations, study time and student cadre are also significant predictors.
• There are some heterogeneous effects by gender, by education stage and by school type.

Based on sampling data of 2008 and 2011, this paper adopts the ordered probit model to investigate the determinants of academic performance for two cohorts of migrant children in Beijing. We found: (1) Age (different directions for the two cohorts), being a girl, family income, mother's education, parental expectations, parental tutoring, and the degree of satisfaction with schools were associated with children's academic ranking in the class for both cohorts. (2) Family income only mattered for the 2008 cohort and only for girls; additionally for 2008, educational expectations, study time and being a student leader were significant predictors. (3) Heterogeneous effects by gender, by education stage and by school type were also documented.