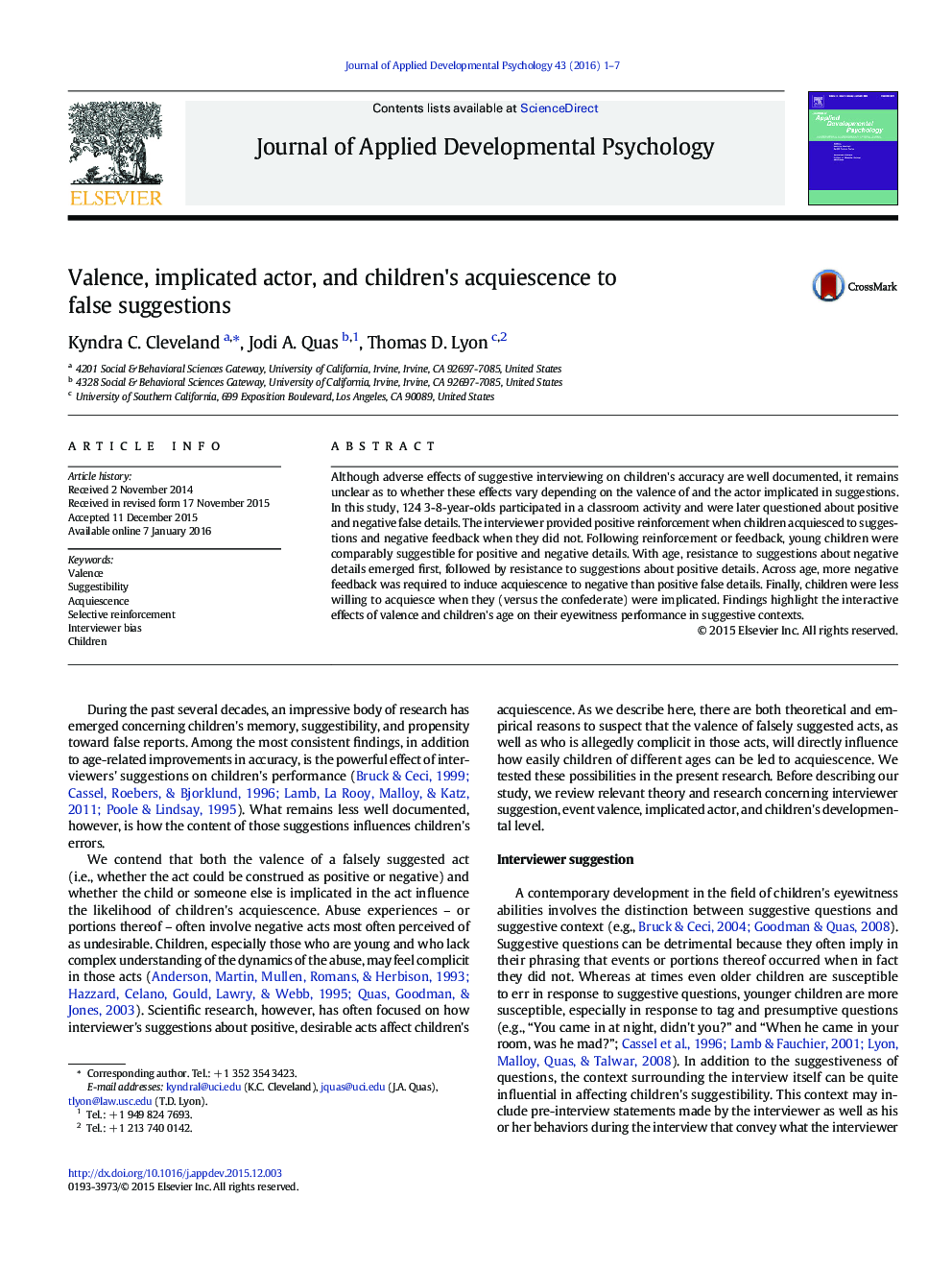 • We examine how the valence of suggested information and actor implicated as committing false acts affect children's suggestibility.
• Children are less willing to assent to false suggested acts when they rather than someone else are implicated.
• Especially notable changes in acquiescence to false suggestions occur in early primary school years.
• Around age 7, children's resistance to false suggestions about negative acts increases.
• Around age 8, children demonstrate resistance to both negative and positive suggested acts.

Although adverse effects of suggestive interviewing on children's accuracy are well documented, it remains unclear as to whether these effects vary depending on the valence of and the actor implicated in suggestions. In this study, 124 3-8-year-olds participated in a classroom activity and were later questioned about positive and negative false details. The interviewer provided positive reinforcement when children acquiesced to suggestions and negative feedback when they did not. Following reinforcement or feedback, young children were comparably suggestible for positive and negative details. With age, resistance to suggestions about negative details emerged first, followed by resistance to suggestions about positive details. Across age, more negative feedback was required to induce acquiescence to negative than positive false details. Finally, children were less willing to acquiesce when they (versus the confederate) were implicated. Findings highlight the interactive effects of valence and children's age on their eyewitness performance in suggestive contexts.