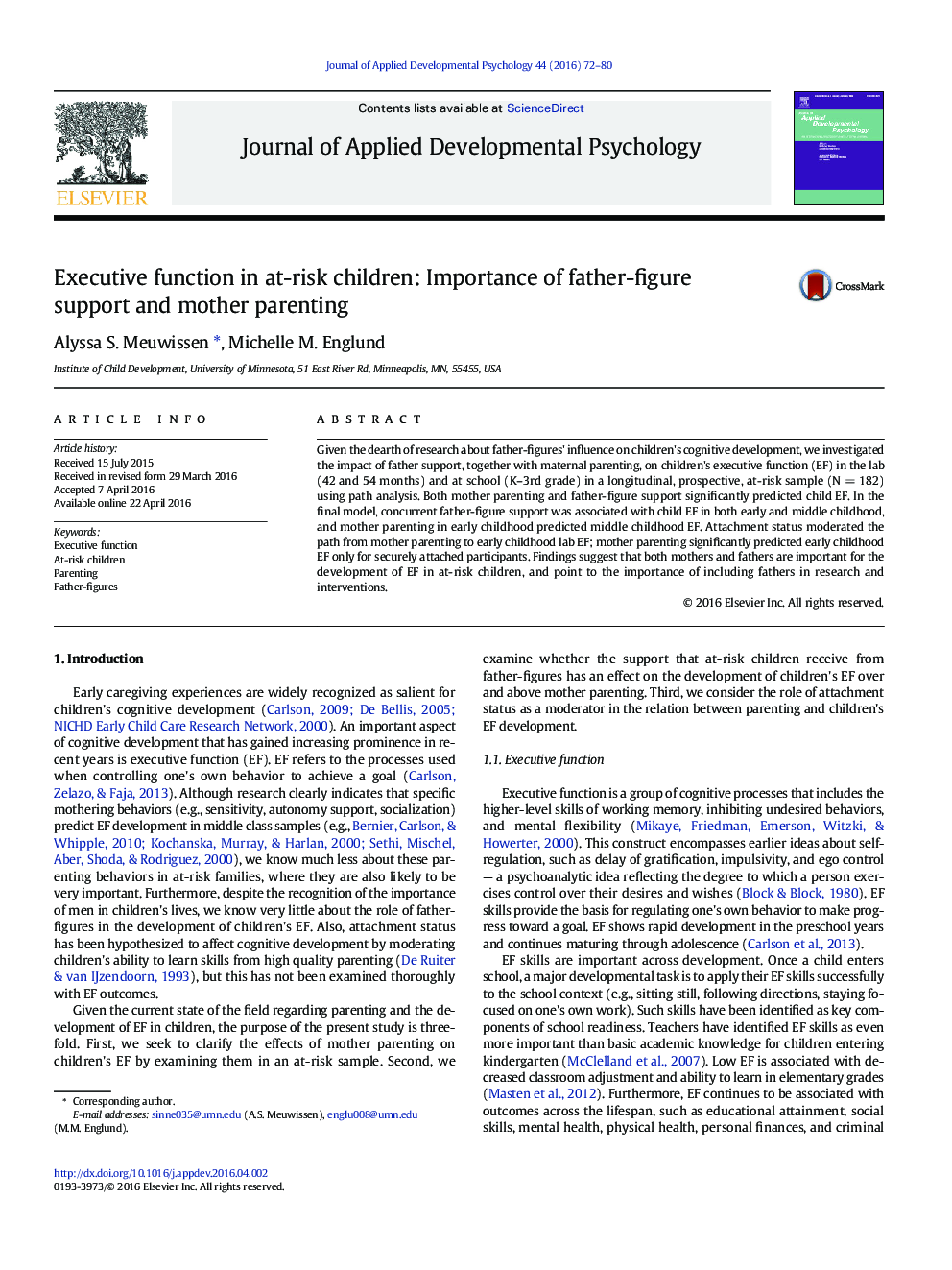 Given the dearth of research about father-figures' influence on children's cognitive development, we investigated the impact of father support, together with maternal parenting, on children's executive function (EF) in the lab (42 and 54 months) and at school (K–3rd grade) in a longitudinal, prospective, at-risk sample (N = 182) using path analysis. Both mother parenting and father-figure support significantly predicted child EF. In the final model, concurrent father-figure support was associated with child EF in both early and middle childhood, and mother parenting in early childhood predicted middle childhood EF. Attachment status moderated the path from mother parenting to early childhood lab EF; mother parenting significantly predicted early childhood EF only for securely attached participants. Findings suggest that both mothers and fathers are important for the development of EF in at-risk children, and point to the importance of including fathers in research and interventions.