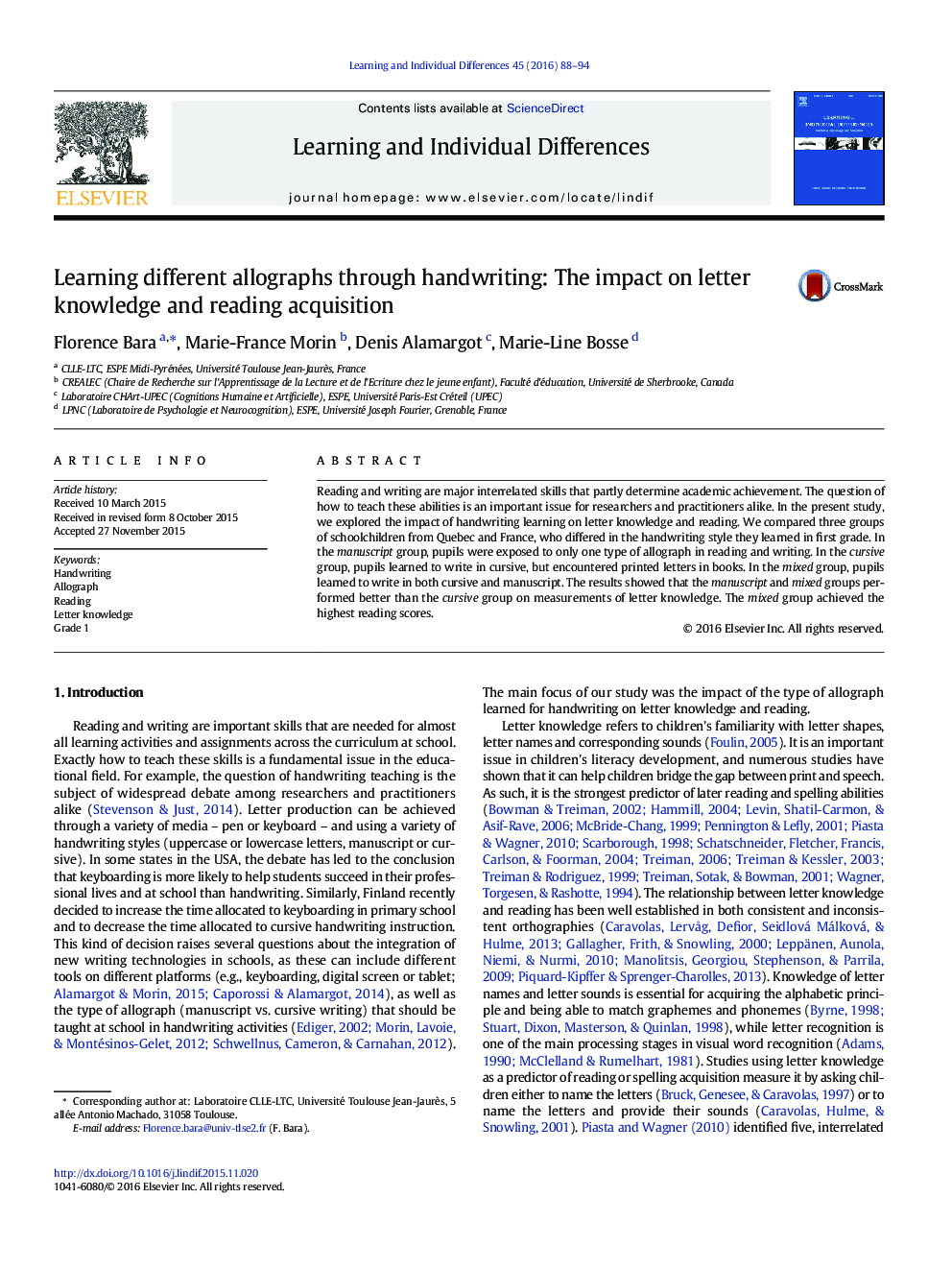 • We compared three groups of children that differed in the handwriting style they learned at school.
• The cursive group performed poorer in letter knowledge than the manuscript and the mixed groups.
• The mixed group performed better than the two other groups in word reading.
• Learning to produce a variety of allographic forms seems to be at an advantage for reading acquisition.

Reading and writing are major interrelated skills that partly determine academic achievement. The question of how to teach these abilities is an important issue for researchers and practitioners alike. In the present study, we explored the impact of handwriting learning on letter knowledge and reading. We compared three groups of schoolchildren from Quebec and France, who differed in the handwriting style they learned in first grade. In the manuscript group, pupils were exposed to only one type of allograph in reading and writing. In the cursive group, pupils learned to write in cursive, but encountered printed letters in books. In the mixed group, pupils learned to write in both cursive and manuscript. The results showed that the manuscript and mixed groups performed better than the cursive group on measurements of letter knowledge. The mixed group achieved the highest reading scores.