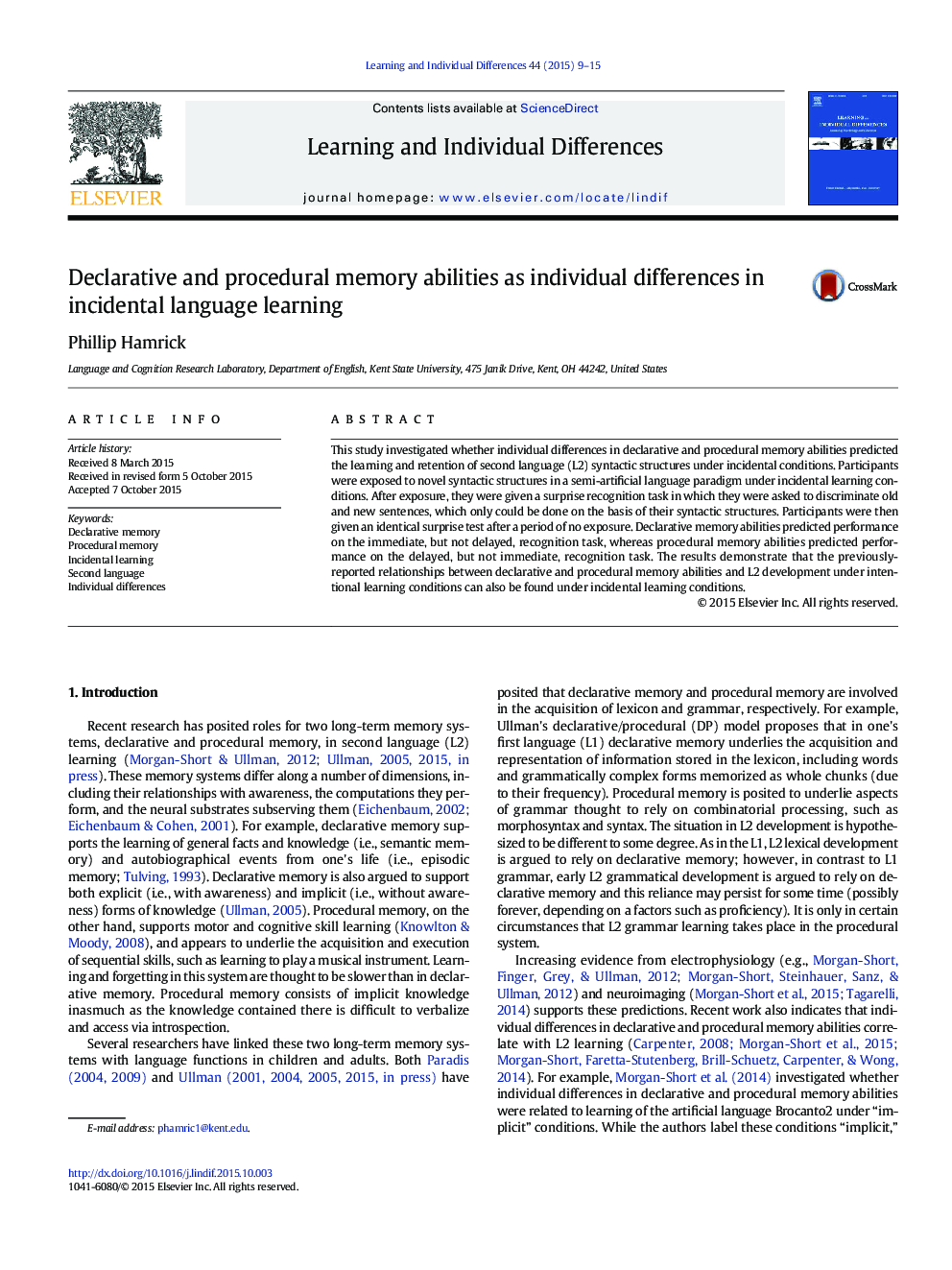 This study investigated whether individual differences in declarative and procedural memory abilities predicted the learning and retention of second language (L2) syntactic structures under incidental conditions. Participants were exposed to novel syntactic structures in a semi-artificial language paradigm under incidental learning conditions. After exposure, they were given a surprise recognition task in which they were asked to discriminate old and new sentences, which only could be done on the basis of their syntactic structures. Participants were then given an identical surprise test after a period of no exposure. Declarative memory abilities predicted performance on the immediate, but not delayed, recognition task, whereas procedural memory abilities predicted performance on the delayed, but not immediate, recognition task. The results demonstrate that the previously-reported relationships between declarative and procedural memory abilities and L2 development under intentional learning conditions can also be found under incidental learning conditions.