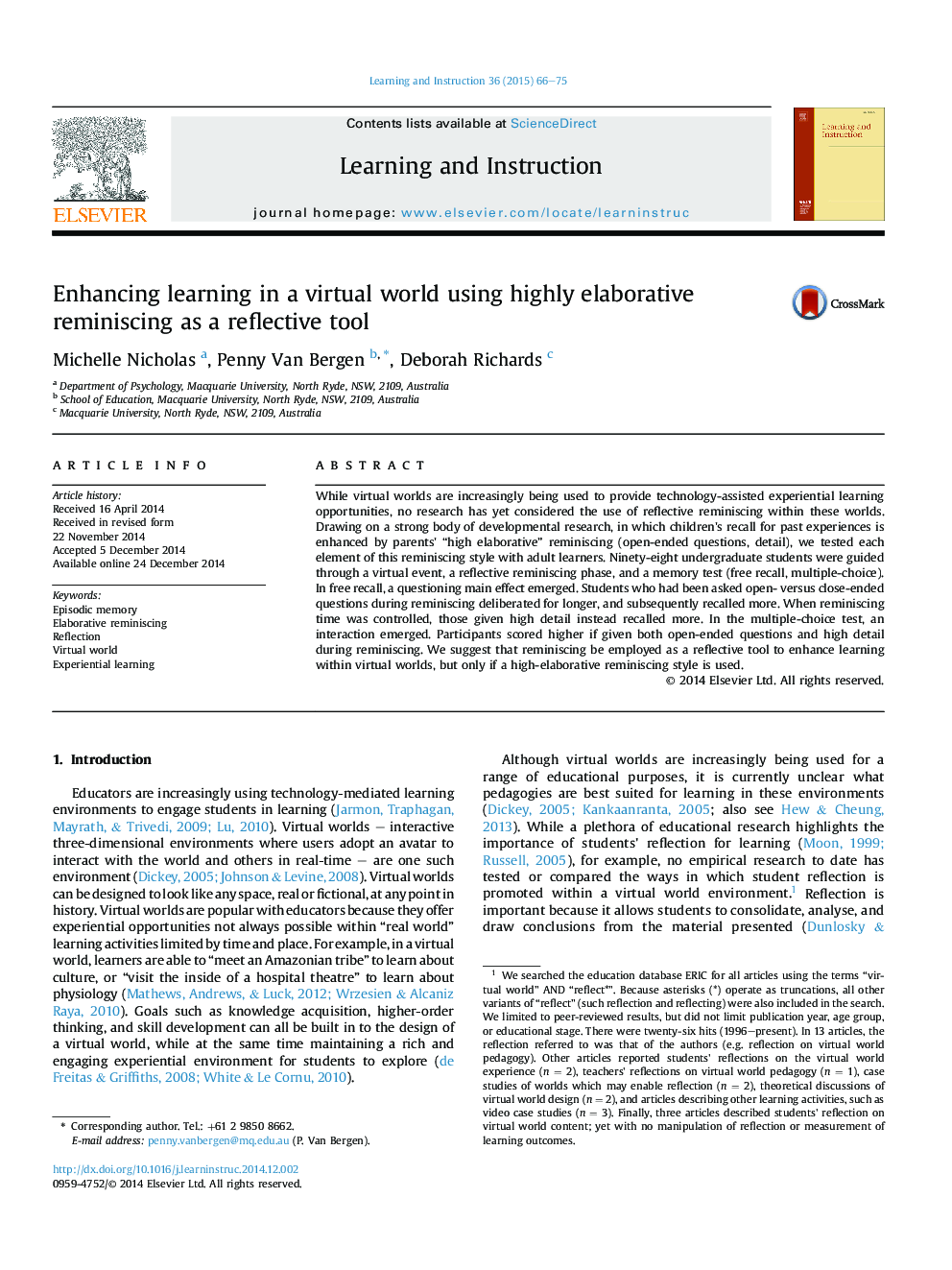 While virtual worlds are increasingly being used to provide technology-assisted experiential learning opportunities, no research has yet considered the use of reflective reminiscing within these worlds. Drawing on a strong body of developmental research, in which children's recall for past experiences is enhanced by parents' “high elaborative” reminiscing (open-ended questions, detail), we tested each element of this reminiscing style with adult learners. Ninety-eight undergraduate students were guided through a virtual event, a reflective reminiscing phase, and a memory test (free recall, multiple-choice). In free recall, a questioning main effect emerged. Students who had been asked open- versus close-ended questions during reminiscing deliberated for longer, and subsequently recalled more. When reminiscing time was controlled, those given high detail instead recalled more. In the multiple-choice test, an interaction emerged. Participants scored higher if given both open-ended questions and high detail during reminiscing. We suggest that reminiscing be employed as a reflective tool to enhance learning within virtual worlds, but only if a high-elaborative reminiscing style is used.