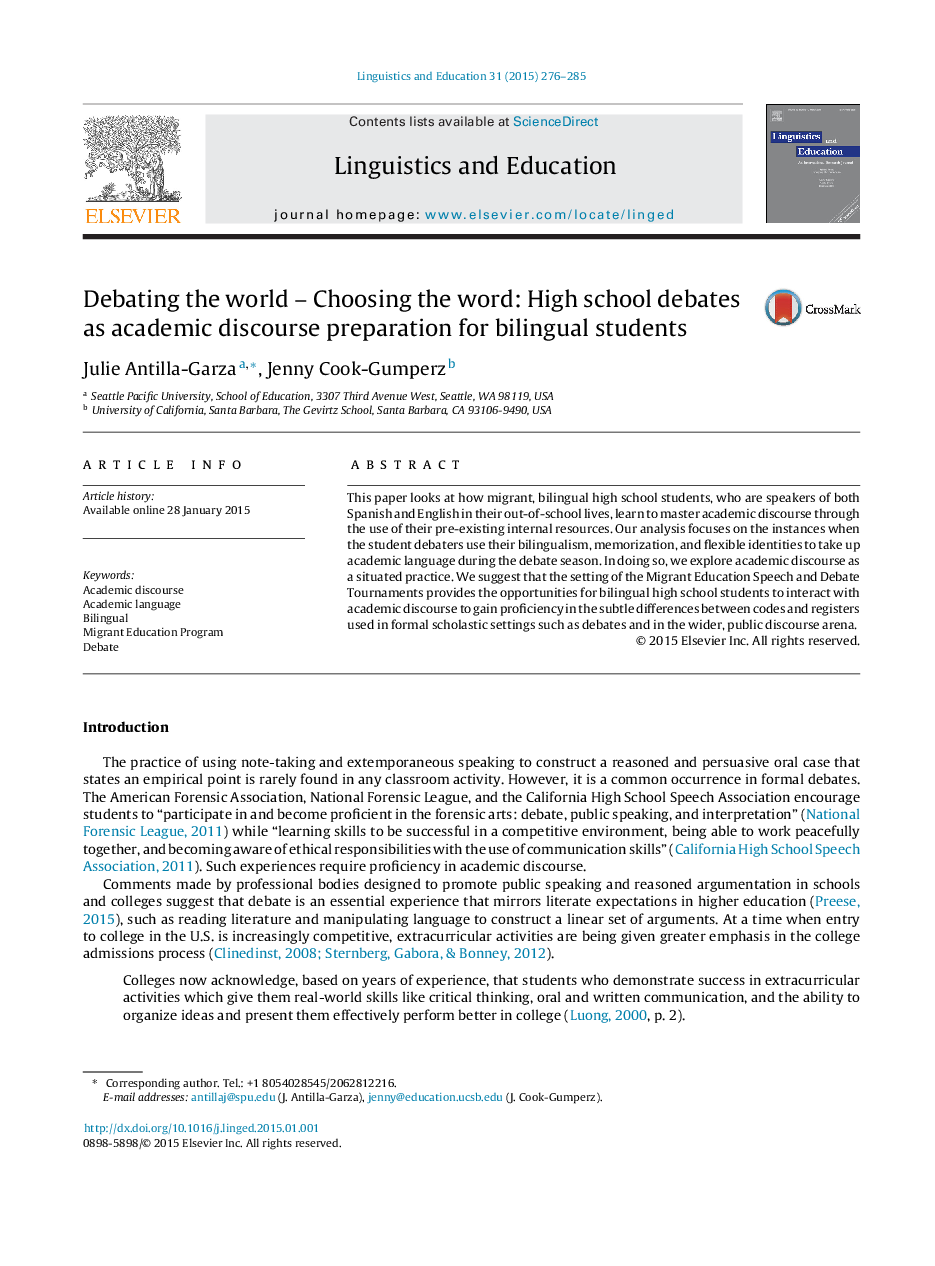 This paper looks at how migrant, bilingual high school students, who are speakers of both Spanish and English in their out-of-school lives, learn to master academic discourse through the use of their pre-existing internal resources. Our analysis focuses on the instances when the student debaters use their bilingualism, memorization, and flexible identities to take up academic language during the debate season. In doing so, we explore academic discourse as a situated practice. We suggest that the setting of the Migrant Education Speech and Debate Tournaments provides the opportunities for bilingual high school students to interact with academic discourse to gain proficiency in the subtle differences between codes and registers used in formal scholastic settings such as debates and in the wider, public discourse arena.