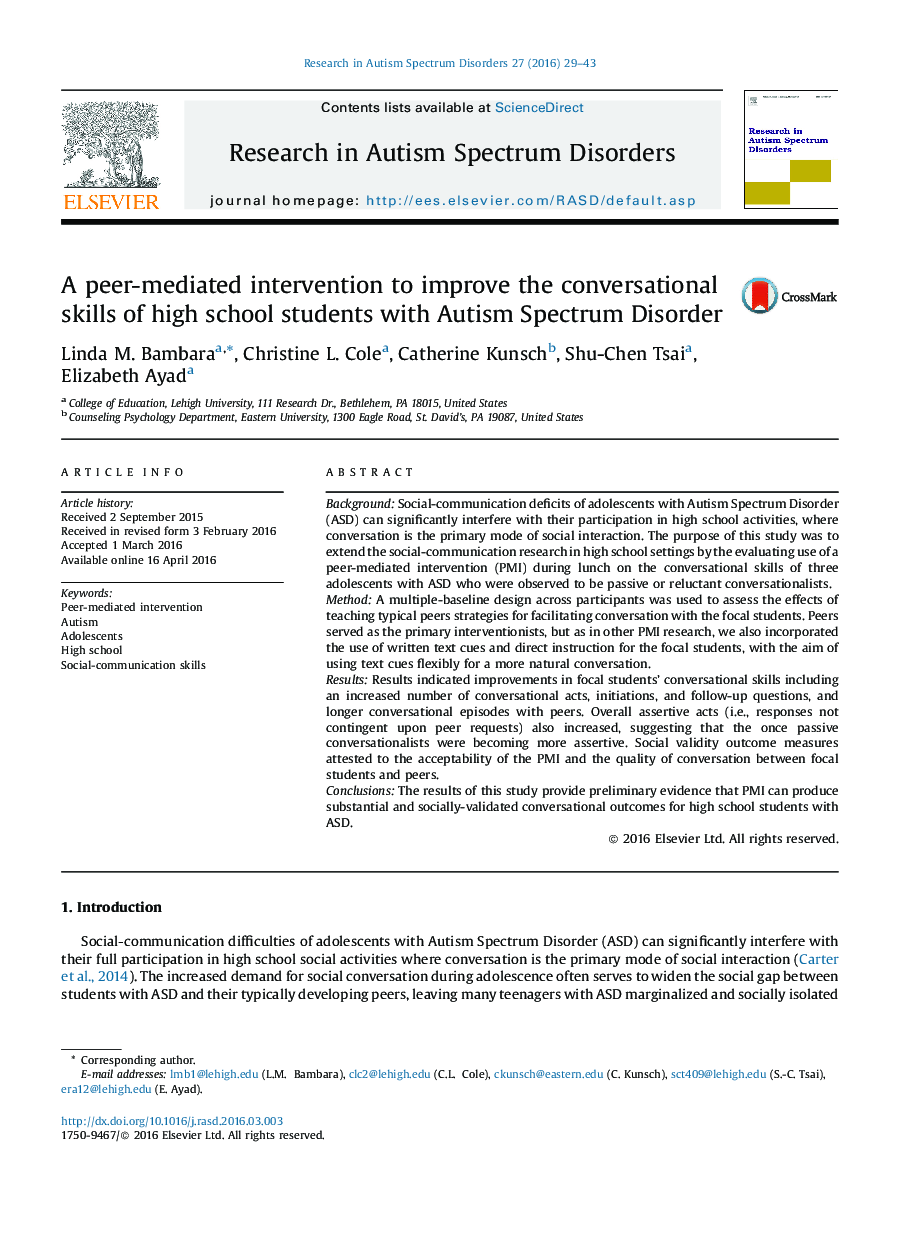 BackgroundSocial-communication deficits of adolescents with Autism Spectrum Disorder (ASD) can significantly interfere with their participation in high school activities, where conversation is the primary mode of social interaction. The purpose of this study was to extend the social-communication research in high school settings by the evaluating use of a peer-mediated intervention (PMI) during lunch on the conversational skills of three adolescents with ASD who were observed to be passive or reluctant conversationalists.MethodA multiple-baseline design across participants was used to assess the effects of teaching typical peers strategies for facilitating conversation with the focal students. Peers served as the primary interventionists, but as in other PMI research, we also incorporated the use of written text cues and direct instruction for the focal students, with the aim of using text cues flexibly for a more natural conversation.ResultsResults indicated improvements in focal students’ conversational skills including an increased number of conversational acts, initiations, and follow-up questions, and longer conversational episodes with peers. Overall assertive acts (i.e., responses not contingent upon peer requests) also increased, suggesting that the once passive conversationalists were becoming more assertive. Social validity outcome measures attested to the acceptability of the PMI and the quality of conversation between focal students and peers.ConclusionsThe results of this study provide preliminary evidence that PMI can produce substantial and socially-validated conversational outcomes for high school students with ASD.