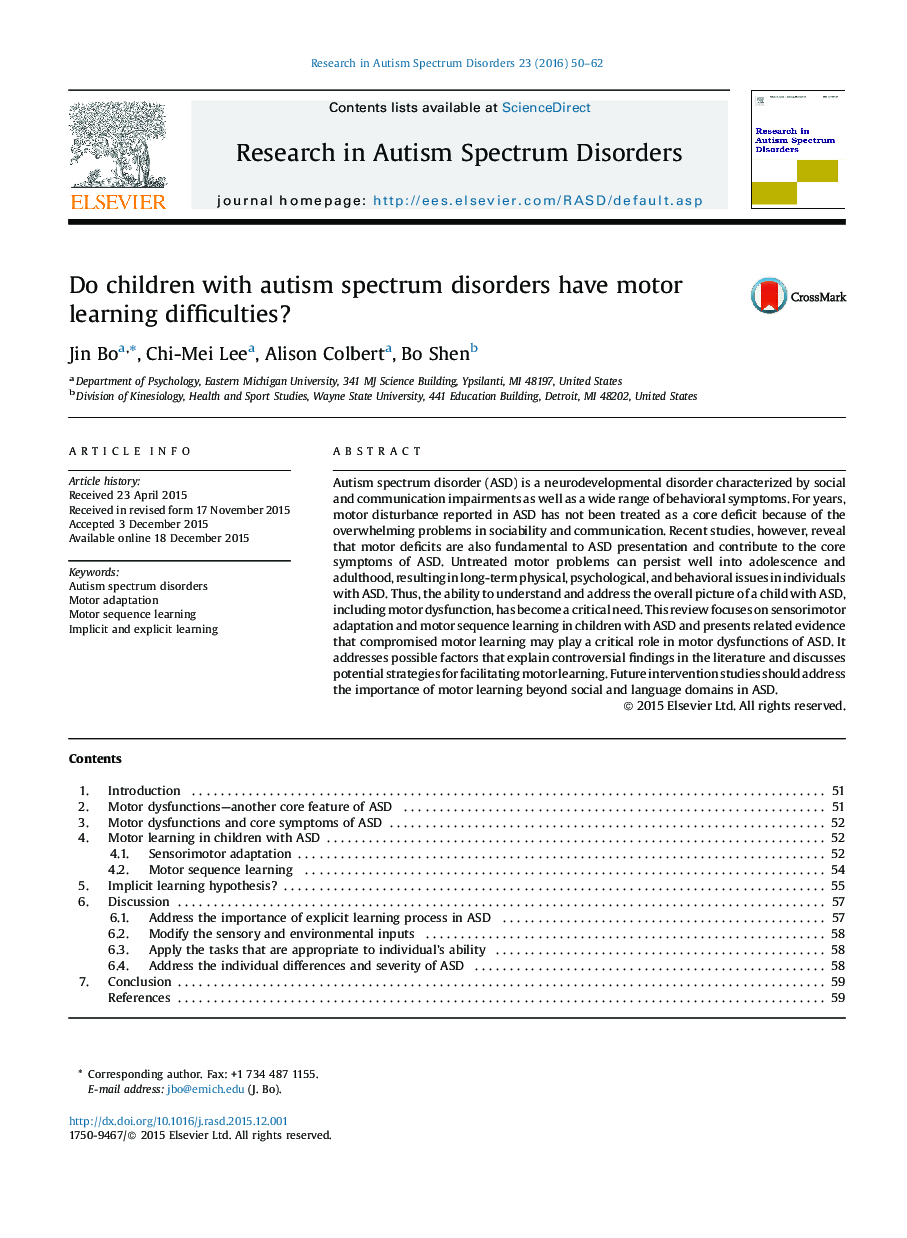 • We address the importance of examining motor dysfunctions and review the research on the “motor learning” aspect of children with ASD.
• We discuss the implicit learning hypothesis that may underlie the core symptoms of ASD, including motor dysfunction.
• We highlight several aspects for future studies and correspondent intervention strategies that may be clinically applicable in this population.

Autism spectrum disorder (ASD) is a neurodevelopmental disorder characterized by social and communication impairments as well as a wide range of behavioral symptoms. For years, motor disturbance reported in ASD has not been treated as a core deficit because of the overwhelming problems in sociability and communication. Recent studies, however, reveal that motor deficits are also fundamental to ASD presentation and contribute to the core symptoms of ASD. Untreated motor problems can persist well into adolescence and adulthood, resulting in long-term physical, psychological, and behavioral issues in individuals with ASD. Thus, the ability to understand and address the overall picture of a child with ASD, including motor dysfunction, has become a critical need. This review focuses on sensorimotor adaptation and motor sequence learning in children with ASD and presents related evidence that compromised motor learning may play a critical role in motor dysfunctions of ASD. It addresses possible factors that explain controversial findings in the literature and discusses potential strategies for facilitating motor learning. Future intervention studies should address the importance of motor learning beyond social and language domains in ASD.