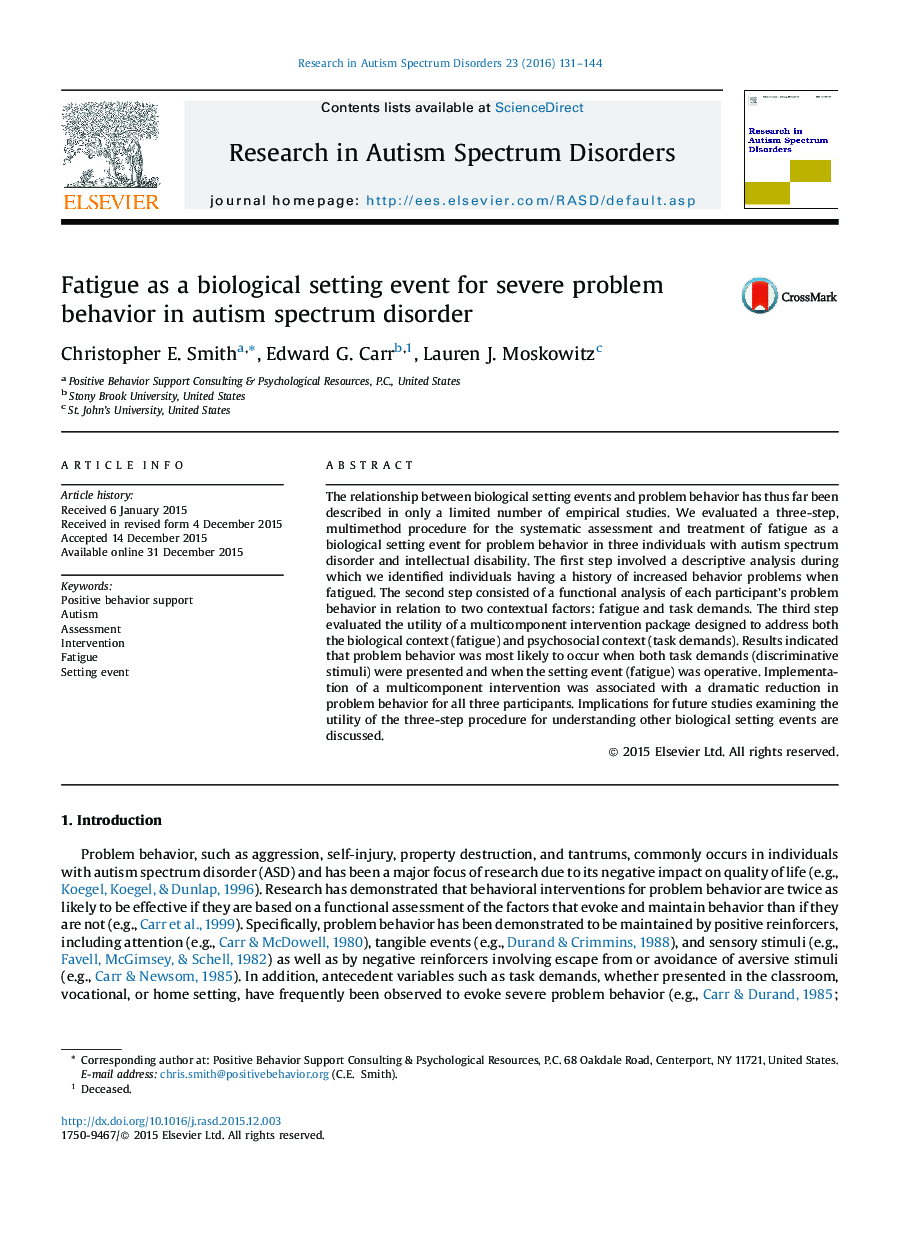 The relationship between biological setting events and problem behavior has thus far been described in only a limited number of empirical studies. We evaluated a three-step, multimethod procedure for the systematic assessment and treatment of fatigue as a biological setting event for problem behavior in three individuals with autism spectrum disorder and intellectual disability. The first step involved a descriptive analysis during which we identified individuals having a history of increased behavior problems when fatigued. The second step consisted of a functional analysis of each participant’s problem behavior in relation to two contextual factors: fatigue and task demands. The third step evaluated the utility of a multicomponent intervention package designed to address both the biological context (fatigue) and psychosocial context (task demands). Results indicated that problem behavior was most likely to occur when both task demands (discriminative stimuli) were presented and when the setting event (fatigue) was operative. Implementation of a multicomponent intervention was associated with a dramatic reduction in problem behavior for all three participants. Implications for future studies examining the utility of the three-step procedure for understanding other biological setting events are discussed.