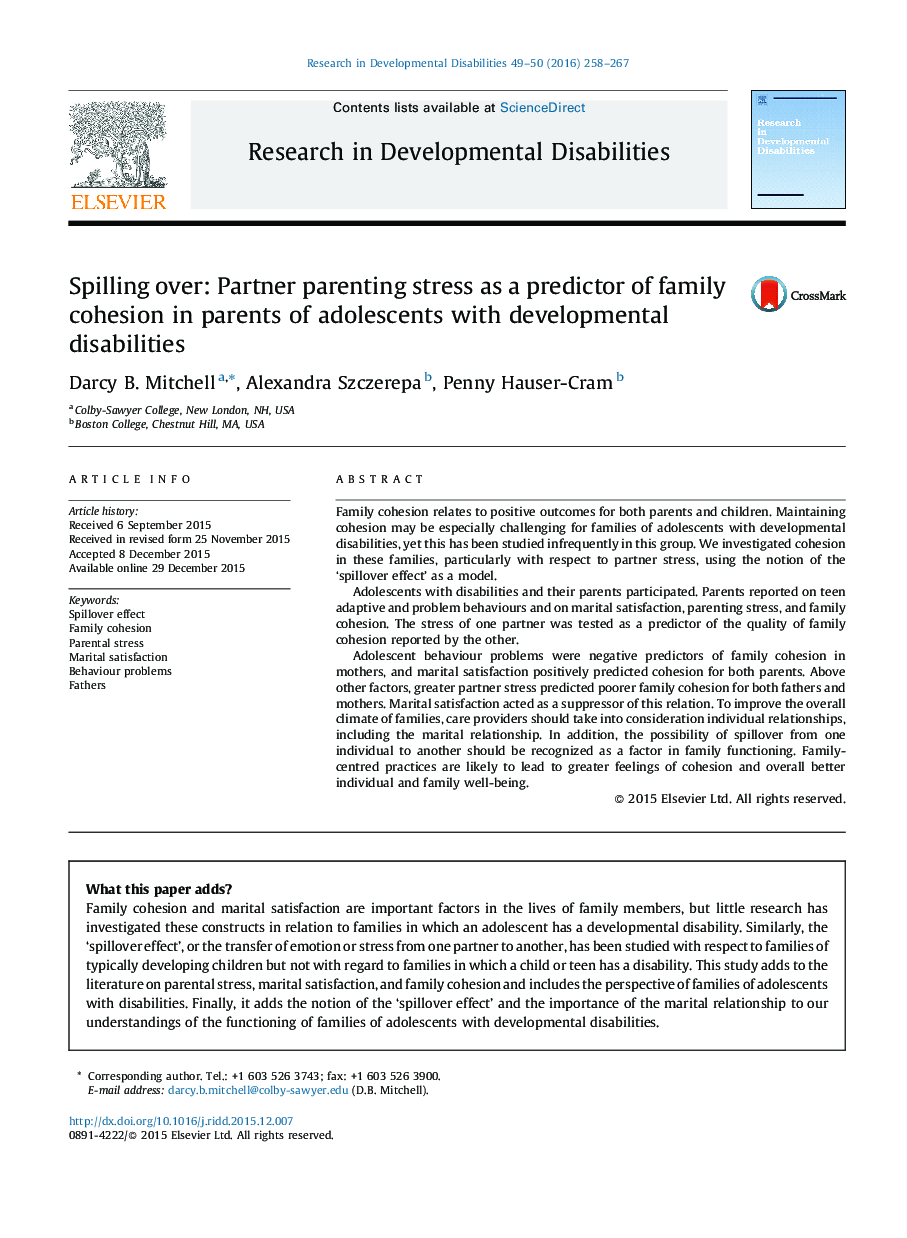 Family cohesion relates to positive outcomes for both parents and children. Maintaining cohesion may be especially challenging for families of adolescents with developmental disabilities, yet this has been studied infrequently in this group. We investigated cohesion in these families, particularly with respect to partner stress, using the notion of the ‘spillover effect’ as a model.Adolescents with disabilities and their parents participated. Parents reported on teen adaptive and problem behaviours and on marital satisfaction, parenting stress, and family cohesion. The stress of one partner was tested as a predictor of the quality of family cohesion reported by the other.Adolescent behaviour problems were negative predictors of family cohesion in mothers, and marital satisfaction positively predicted cohesion for both parents. Above other factors, greater partner stress predicted poorer family cohesion for both fathers and mothers. Marital satisfaction acted as a suppressor of this relation. To improve the overall climate of families, care providers should take into consideration individual relationships, including the marital relationship. In addition, the possibility of spillover from one individual to another should be recognized as a factor in family functioning. Family-centred practices are likely to lead to greater feelings of cohesion and overall better individual and family well-being.