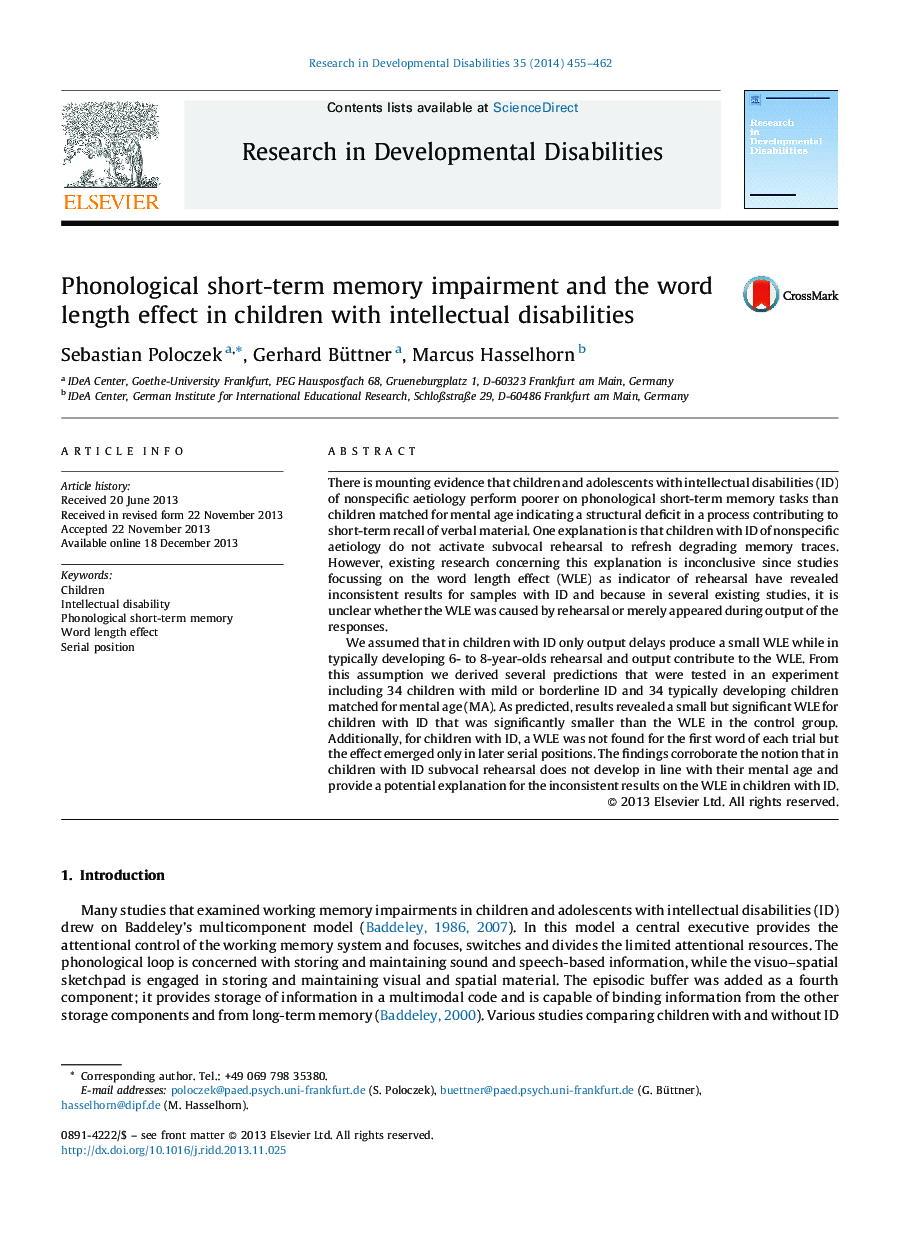 There is mounting evidence that children and adolescents with intellectual disabilities (ID) of nonspecific aetiology perform poorer on phonological short-term memory tasks than children matched for mental age indicating a structural deficit in a process contributing to short-term recall of verbal material. One explanation is that children with ID of nonspecific aetiology do not activate subvocal rehearsal to refresh degrading memory traces. However, existing research concerning this explanation is inconclusive since studies focussing on the word length effect (WLE) as indicator of rehearsal have revealed inconsistent results for samples with ID and because in several existing studies, it is unclear whether the WLE was caused by rehearsal or merely appeared during output of the responses.We assumed that in children with ID only output delays produce a small WLE while in typically developing 6- to 8-year-olds rehearsal and output contribute to the WLE. From this assumption we derived several predictions that were tested in an experiment including 34 children with mild or borderline ID and 34 typically developing children matched for mental age (MA). As predicted, results revealed a small but significant WLE for children with ID that was significantly smaller than the WLE in the control group. Additionally, for children with ID, a WLE was not found for the first word of each trial but the effect emerged only in later serial positions. The findings corroborate the notion that in children with ID subvocal rehearsal does not develop in line with their mental age and provide a potential explanation for the inconsistent results on the WLE in children with ID.