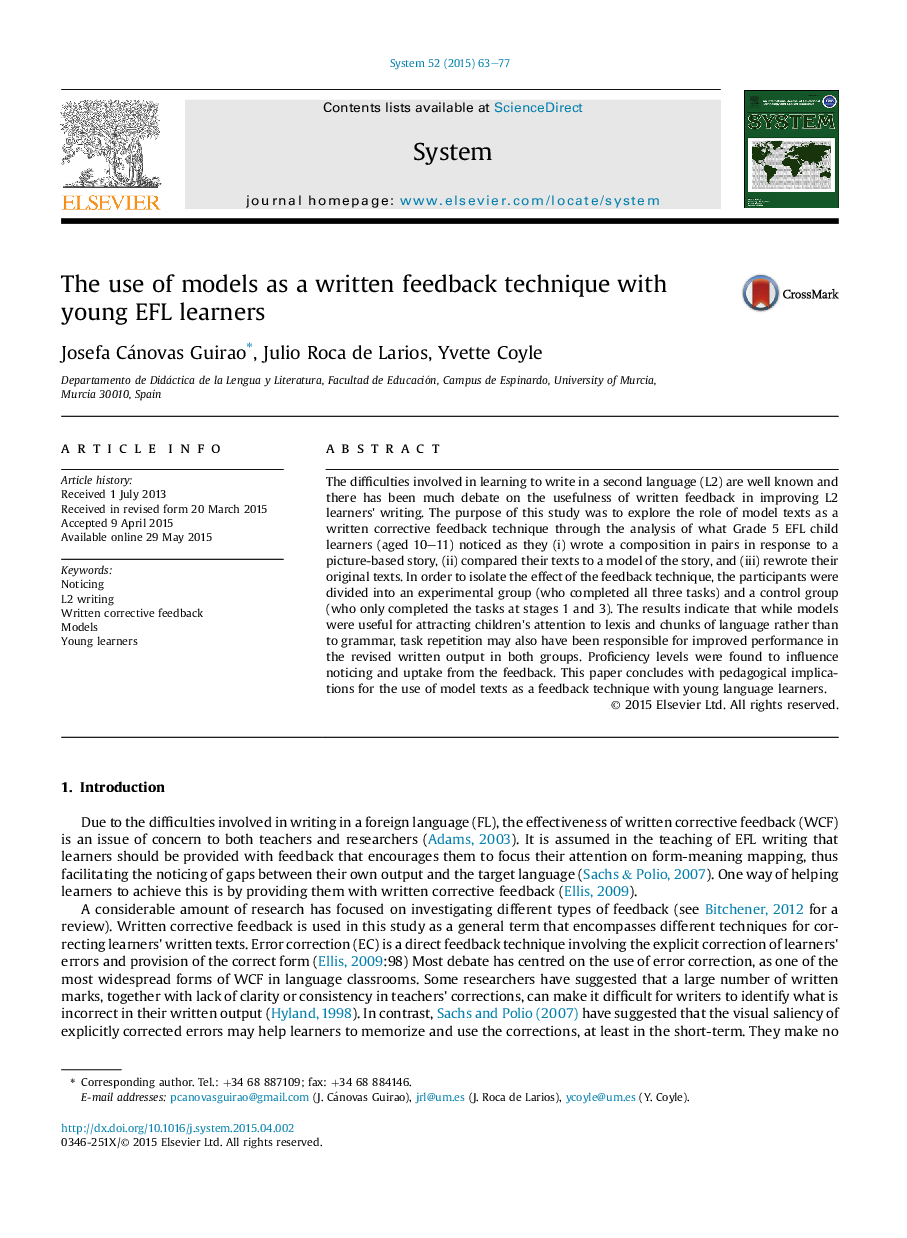 The difficulties involved in learning to write in a second language (L2) are well known and there has been much debate on the usefulness of written feedback in improving L2 learners' writing. The purpose of this study was to explore the role of model texts as a written corrective feedback technique through the analysis of what Grade 5 EFL child learners (aged 10–11) noticed as they (i) wrote a composition in pairs in response to a picture-based story, (ii) compared their texts to a model of the story, and (iii) rewrote their original texts. In order to isolate the effect of the feedback technique, the participants were divided into an experimental group (who completed all three tasks) and a control group (who only completed the tasks at stages 1 and 3). The results indicate that while models were useful for attracting children's attention to lexis and chunks of language rather than to grammar, task repetition may also have been responsible for improved performance in the revised written output in both groups. Proficiency levels were found to influence noticing and uptake from the feedback. This paper concludes with pedagogical implications for the use of model texts as a feedback technique with young language learners.