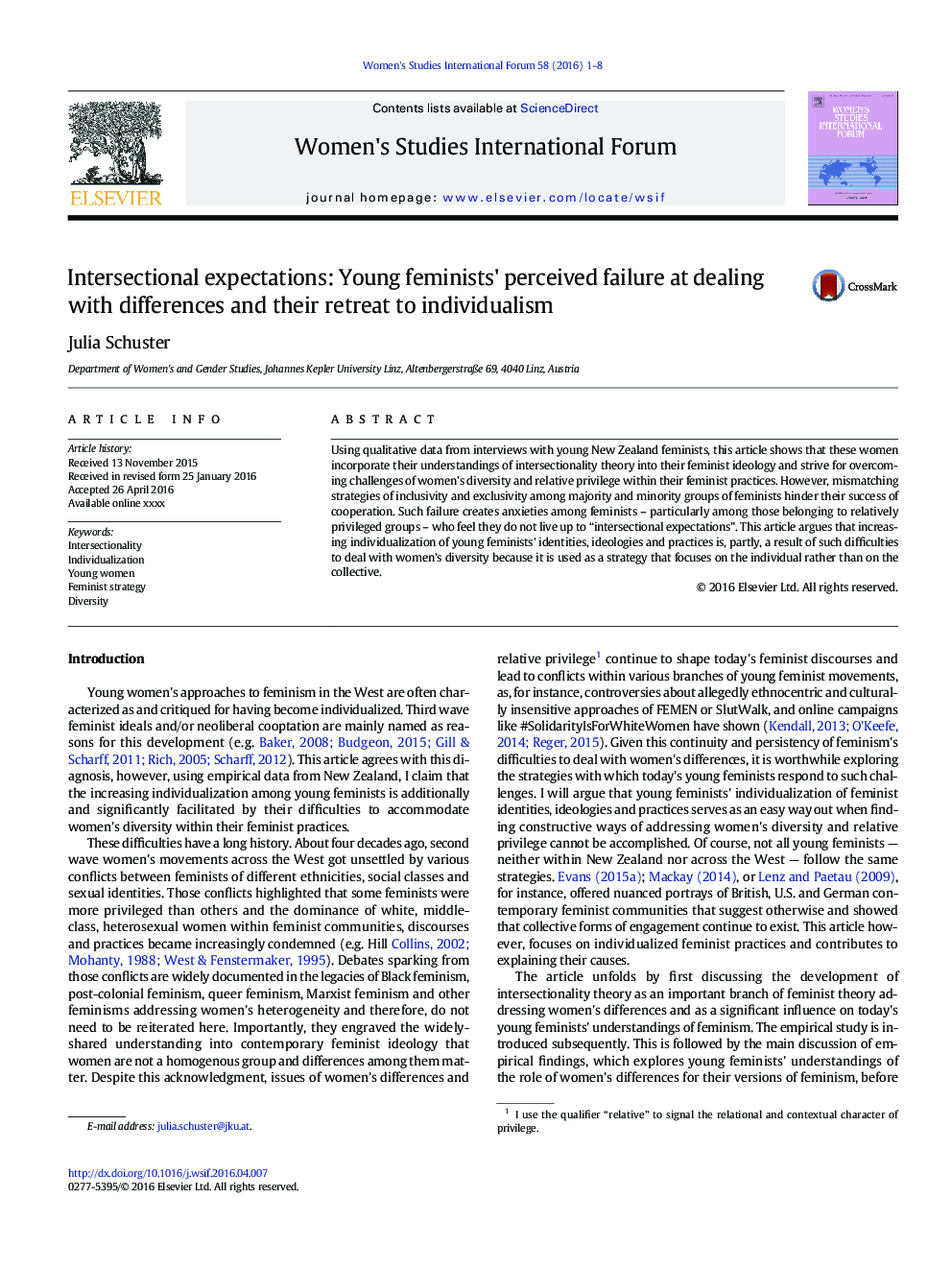 Using qualitative data from interviews with young New Zealand feminists, this article shows that these women incorporate their understandings of intersectionality theory into their feminist ideology and strive for overcoming challenges of women's diversity and relative privilege within their feminist practices. However, mismatching strategies of inclusivity and exclusivity among majority and minority groups of feminists hinder their success of cooperation. Such failure creates anxieties among feminists – particularly among those belonging to relatively privileged groups – who feel they do not live up to “intersectional expectations”. This article argues that increasing individualization of young feminists' identities, ideologies and practices is, partly, a result of such difficulties to deal with women's diversity because it is used as a strategy that focuses on the individual rather than on the collective.