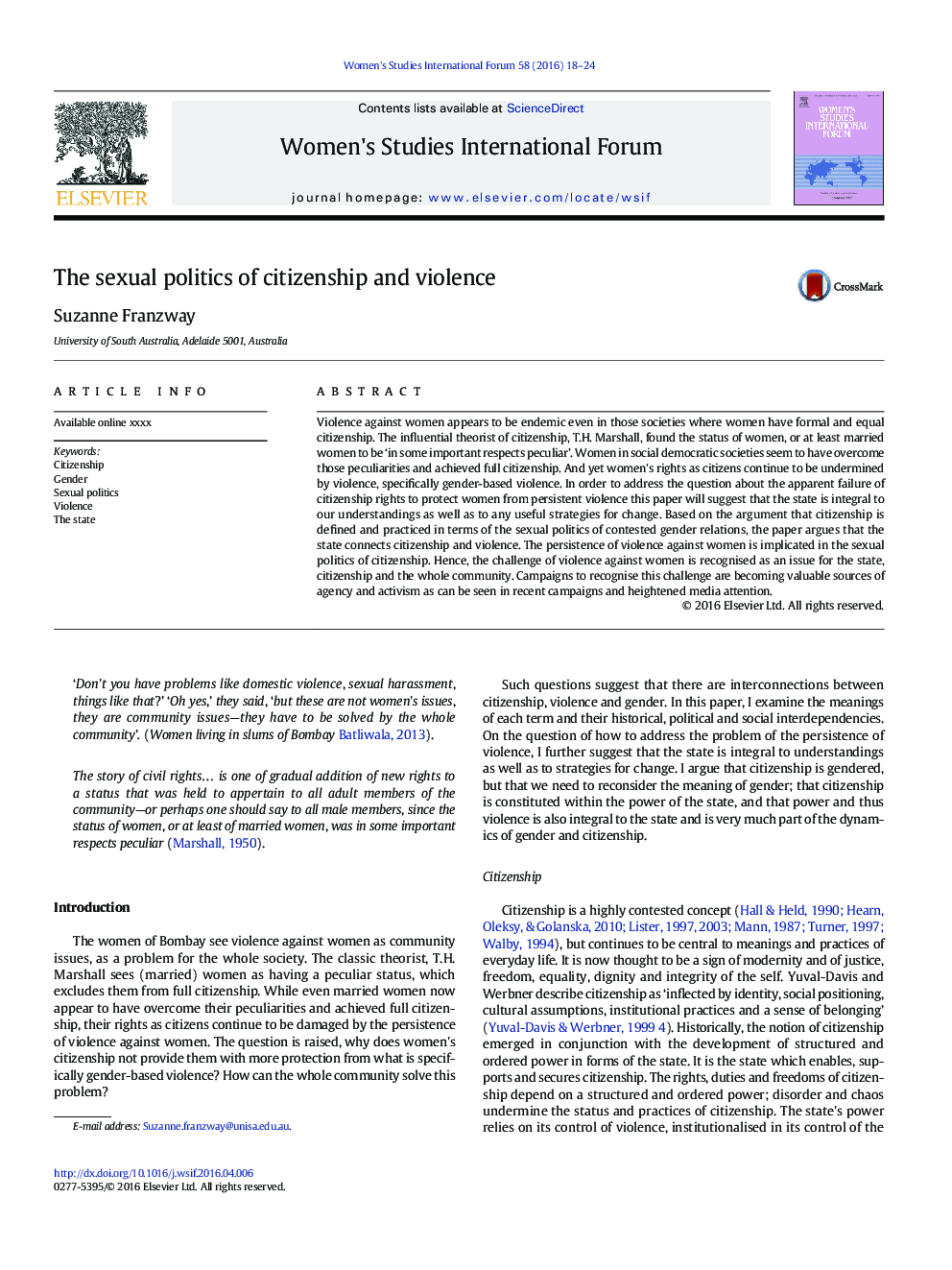 Violence against women appears to be endemic even in those societies where women have formal and equal citizenship. The influential theorist of citizenship, T.H. Marshall, found the status of women, or at least married women to be ‘in some important respects peculiar’. Women in social democratic societies seem to have overcome those peculiarities and achieved full citizenship. And yet women's rights as citizens continue to be undermined by violence, specifically gender-based violence. In order to address the question about the apparent failure of citizenship rights to protect women from persistent violence this paper will suggest that the state is integral to our understandings as well as to any useful strategies for change. Based on the argument that citizenship is defined and practiced in terms of the sexual politics of contested gender relations, the paper argues that the state connects citizenship and violence. The persistence of violence against women is implicated in the sexual politics of citizenship. Hence, the challenge of violence against women is recognised as an issue for the state, citizenship and the whole community. Campaigns to recognise this challenge are becoming valuable sources of agency and activism as can be seen in recent campaigns and heightened media attention.