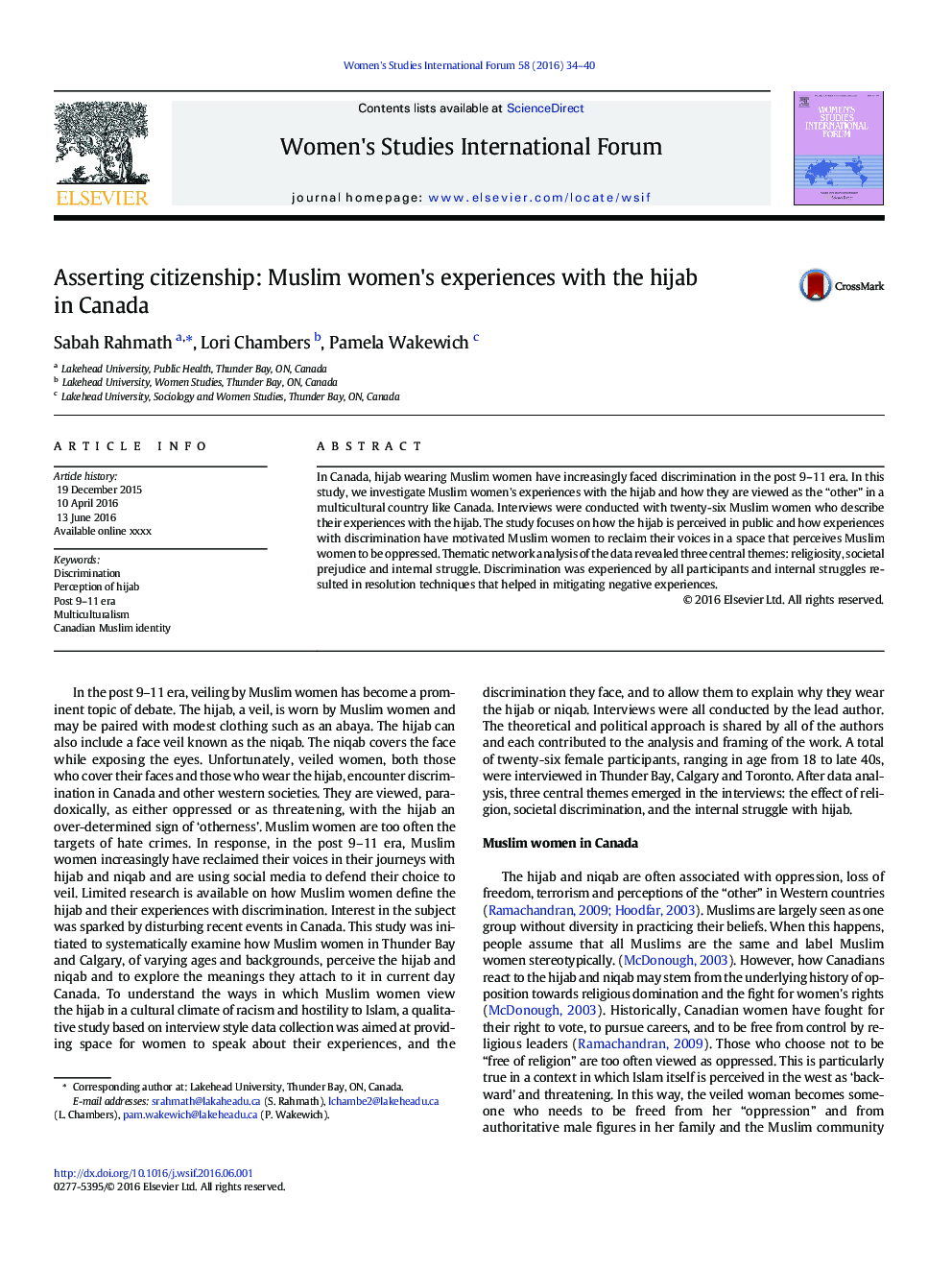 • The study investigates why Muslim women veil in Canada, how they face discrimination, and how experiences have shaped their views on the hijab.
• Societal racism and the perception of the self were found to be dominating factors in how Muslim women described the hijab.
• Muslim women face several stereotypes and are active in eradicating misconceptions about Muslim women.