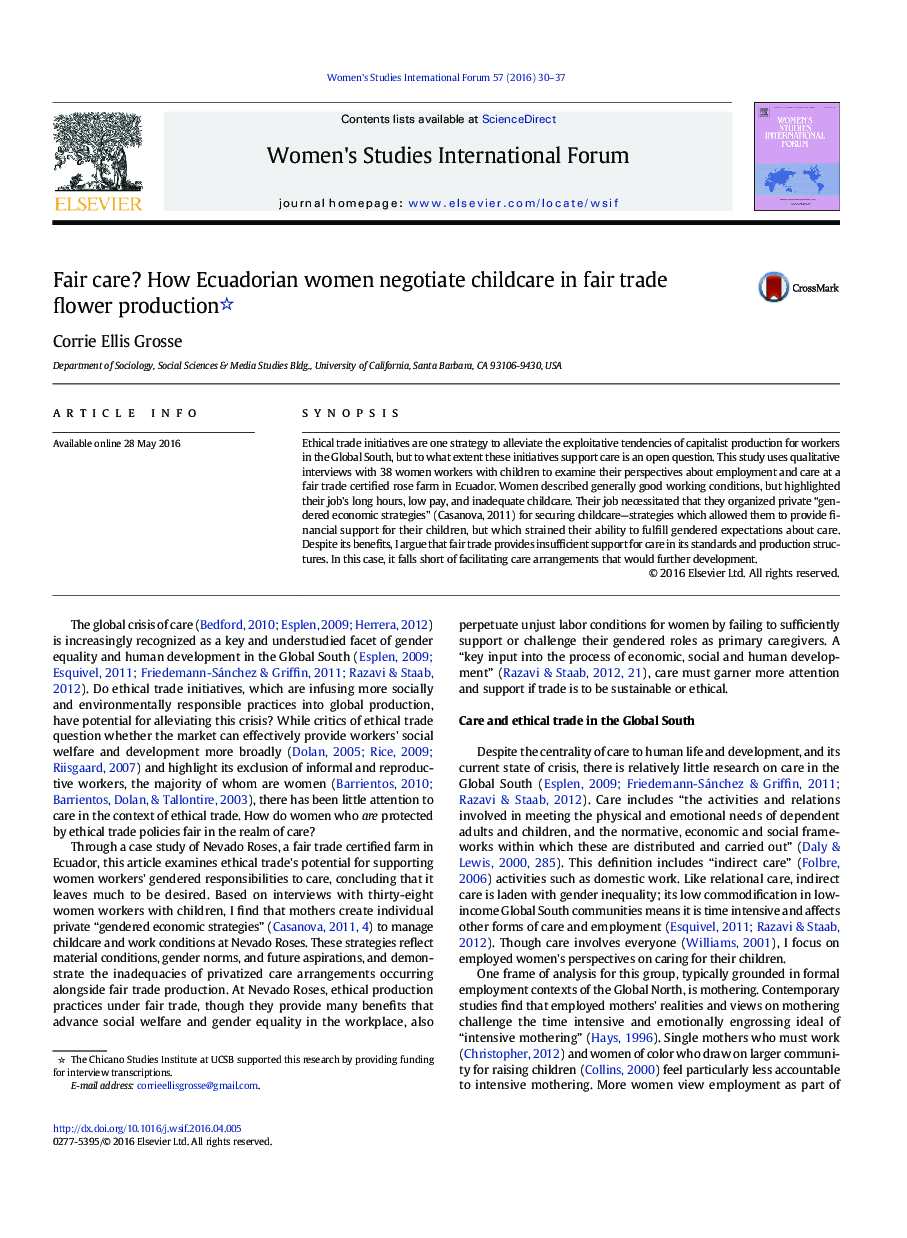 SynopsisEthical trade initiatives are one strategy to alleviate the exploitative tendencies of capitalist production for workers in the Global South, but to what extent these initiatives support care is an open question. This study uses qualitative interviews with 38 women workers with children to examine their perspectives about employment and care at a fair trade certified rose farm in Ecuador. Women described generally good working conditions, but highlighted their job's long hours, low pay, and inadequate childcare. Their job necessitated that they organized private “gendered economic strategies” (Casanova, 2011) for securing childcare—strategies which allowed them to provide financial support for their children, but which strained their ability to fulfill gendered expectations about care. Despite its benefits, I argue that fair trade provides insufficient support for care in its standards and production structures. In this case, it falls short of facilitating care arrangements that would further development.