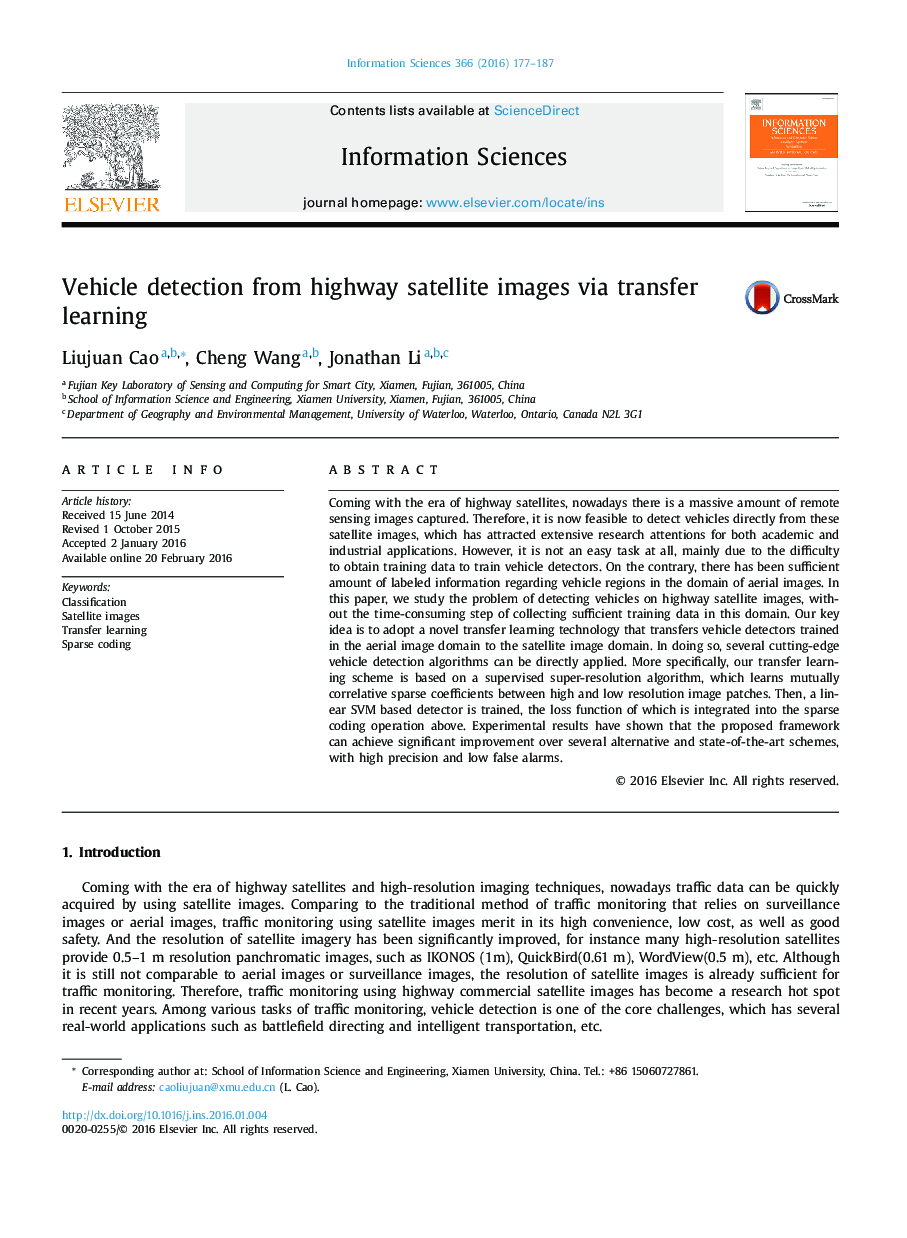 Coming with the era of highway satellites, nowadays there is a massive amount of remote sensing images captured. Therefore, it is now feasible to detect vehicles directly from these satellite images, which has attracted extensive research attentions for both academic and industrial applications. However, it is not an easy task at all, mainly due to the difficulty to obtain training data to train vehicle detectors. On the contrary, there has been sufficient amount of labeled information regarding vehicle regions in the domain of aerial images. In this paper, we study the problem of detecting vehicles on highway satellite images, without the time-consuming step of collecting sufficient training data in this domain. Our key idea is to adopt a novel transfer learning technology that transfers vehicle detectors trained in the aerial image domain to the satellite image domain. In doing so, several cutting-edge vehicle detection algorithms can be directly applied. More specifically, our transfer learning scheme is based on a supervised super-resolution algorithm, which learns mutually correlative sparse coefficients between high and low resolution image patches. Then, a linear SVM based detector is trained, the loss function of which is integrated into the sparse coding operation above. Experimental results have shown that the proposed framework can achieve significant improvement over several alternative and state-of-the-art schemes, with high precision and low false alarms.