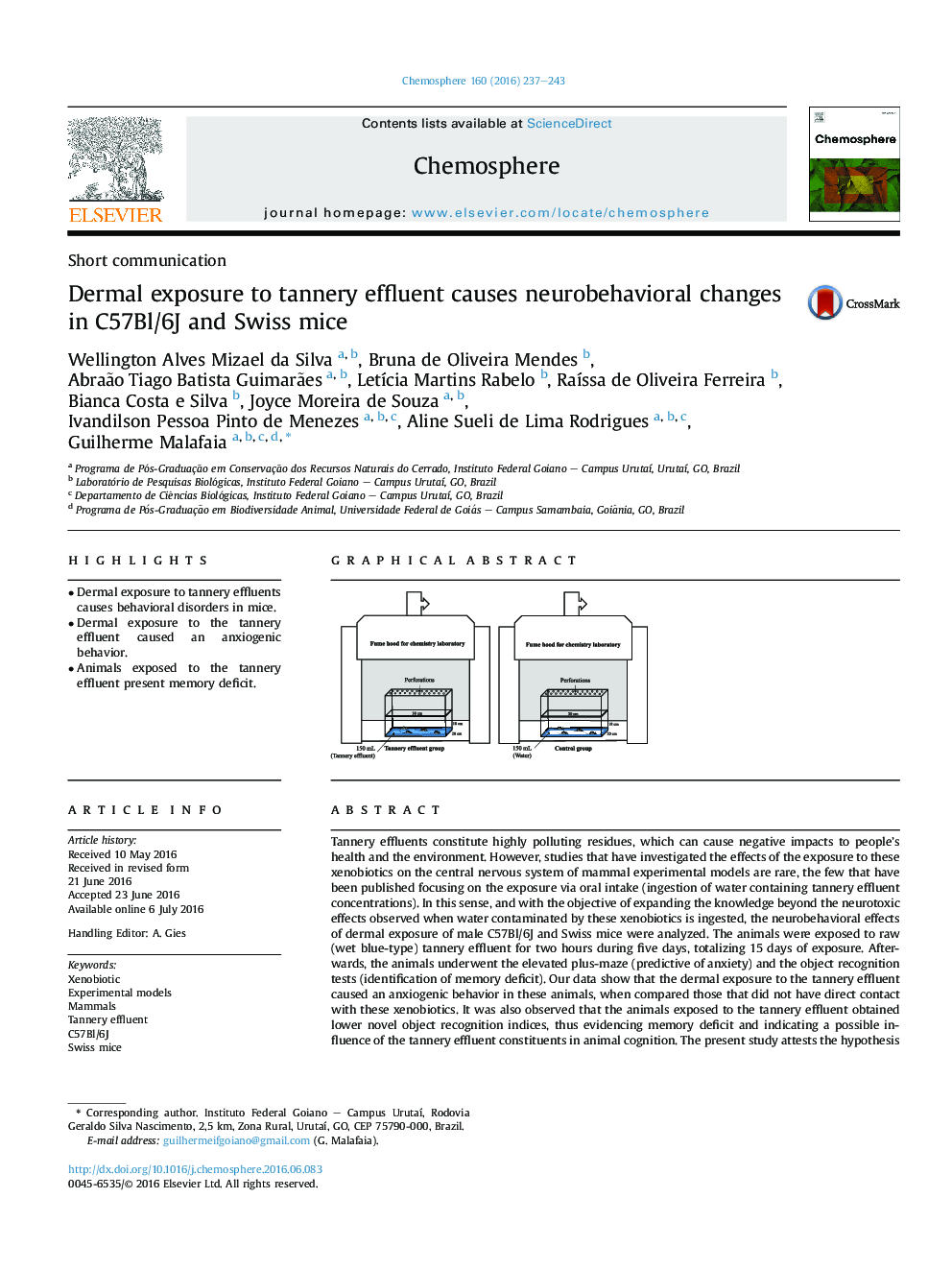 Tannery effluents constitute highly polluting residues, which can cause negative impacts to people’s health and the environment. However, studies that have investigated the effects of the exposure to these xenobiotics on the central nervous system of mammal experimental models are rare, the few that have been published focusing on the exposure via oral intake (ingestion of water containing tannery effluent concentrations). In this sense, and with the objective of expanding the knowledge beyond the neurotoxic effects observed when water contaminated by these xenobiotics is ingested, the neurobehavioral effects of dermal exposure of male C57Bl/6J and Swiss mice were analyzed. The animals were exposed to raw (wet blue-type) tannery effluent for two hours during five days, totalizing 15 days of exposure. Afterwards, the animals underwent the elevated plus-maze (predictive of anxiety) and the object recognition tests (identification of memory deficit). Our data show that the dermal exposure to the tannery effluent caused an anxiogenic behavior in these animals, when compared those that did not have direct contact with these xenobiotics. It was also observed that the animals exposed to the tannery effluent obtained lower novel object recognition indices, thus evidencing memory deficit and indicating a possible influence of the tannery effluent constituents in animal cognition. The present study attests the hypothesis that dermal exposure to tannery effluents containing neurotoxic substances causes behavioral disorders in C57Bl/6J and Swiss mice.