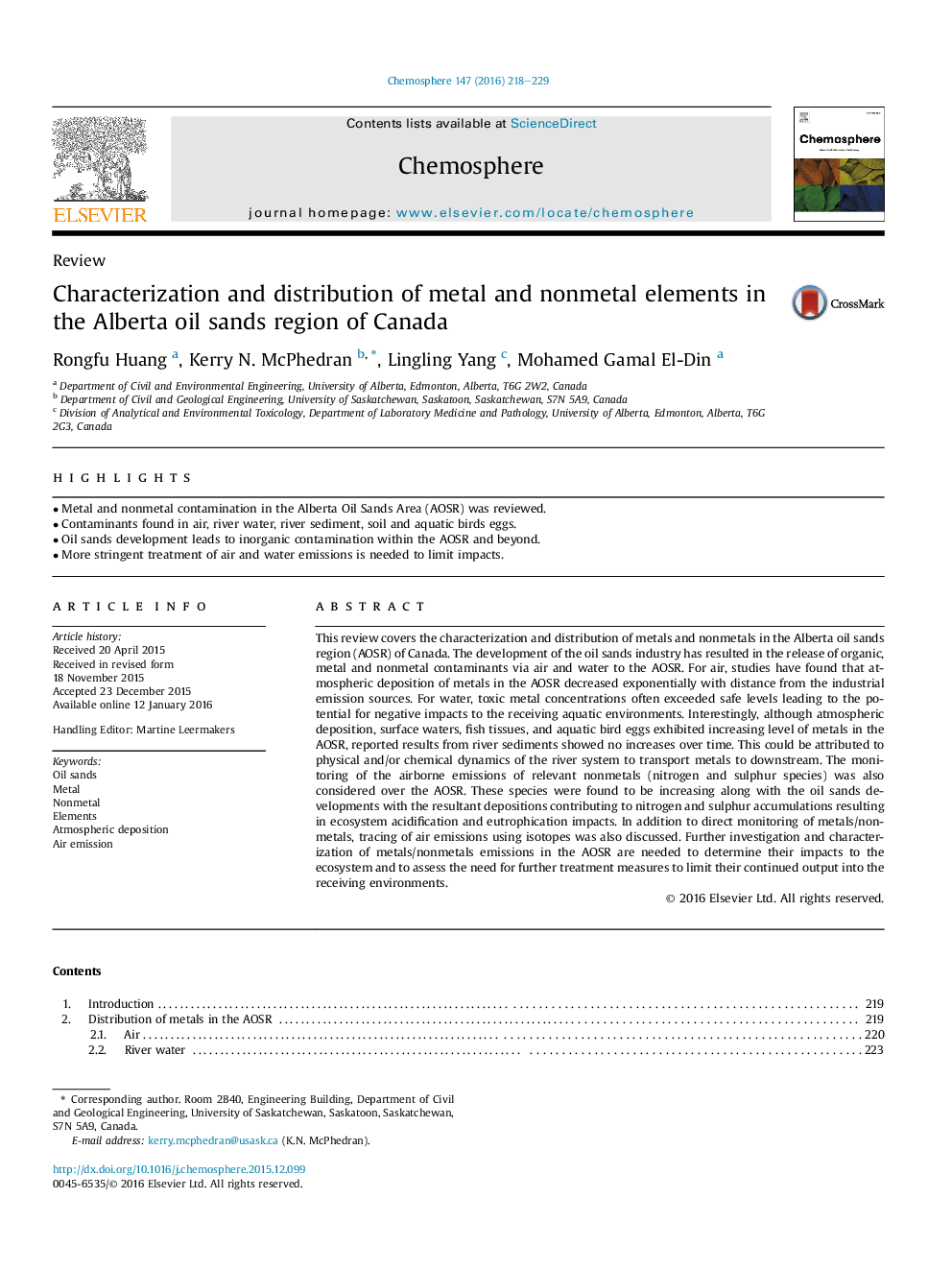 This review covers the characterization and distribution of metals and nonmetals in the Alberta oil sands region (AOSR) of Canada. The development of the oil sands industry has resulted in the release of organic, metal and nonmetal contaminants via air and water to the AOSR. For air, studies have found that atmospheric deposition of metals in the AOSR decreased exponentially with distance from the industrial emission sources. For water, toxic metal concentrations often exceeded safe levels leading to the potential for negative impacts to the receiving aquatic environments. Interestingly, although atmospheric deposition, surface waters, fish tissues, and aquatic bird eggs exhibited increasing level of metals in the AOSR, reported results from river sediments showed no increases over time. This could be attributed to physical and/or chemical dynamics of the river system to transport metals to downstream. The monitoring of the airborne emissions of relevant nonmetals (nitrogen and sulphur species) was also considered over the AOSR. These species were found to be increasing along with the oil sands developments with the resultant depositions contributing to nitrogen and sulphur accumulations resulting in ecosystem acidification and eutrophication impacts. In addition to direct monitoring of metals/nonmetals, tracing of air emissions using isotopes was also discussed. Further investigation and characterization of metals/nonmetals emissions in the AOSR are needed to determine their impacts to the ecosystem and to assess the need for further treatment measures to limit their continued output into the receiving environments.