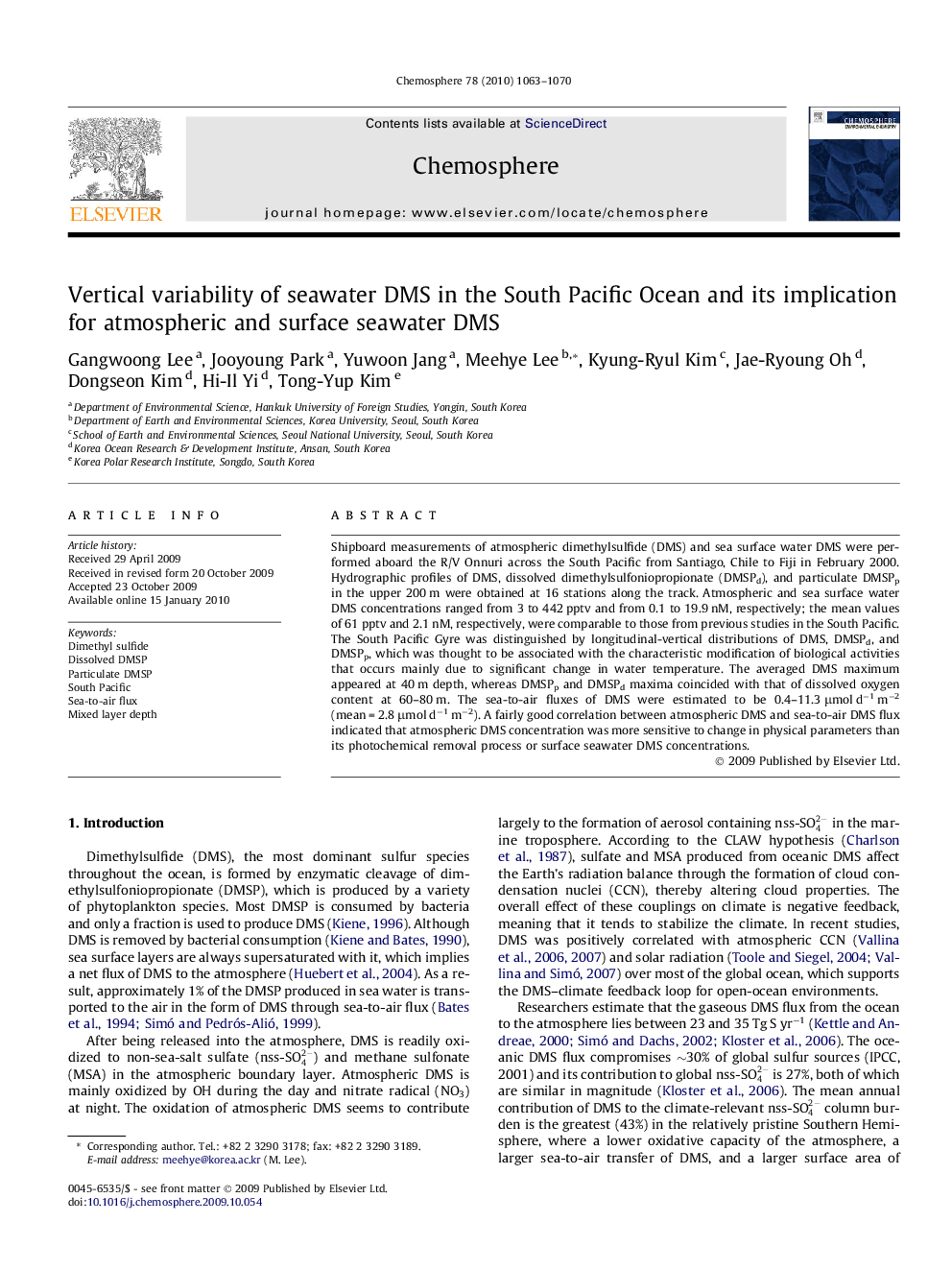 Shipboard measurements of atmospheric dimethylsulfide (DMS) and sea surface water DMS were performed aboard the R/V Onnuri across the South Pacific from Santiago, Chile to Fiji in February 2000. Hydrographic profiles of DMS, dissolved dimethylsulfoniopropionate (DMSPd), and particulate DMSPp in the upper 200 m were obtained at 16 stations along the track. Atmospheric and sea surface water DMS concentrations ranged from 3 to 442 pptv and from 0.1 to 19.9 nM, respectively; the mean values of 61 pptv and 2.1 nM, respectively, were comparable to those from previous studies in the South Pacific. The South Pacific Gyre was distinguished by longitudinal-vertical distributions of DMS, DMSPd, and DMSPp, which was thought to be associated with the characteristic modification of biological activities that occurs mainly due to significant change in water temperature. The averaged DMS maximum appeared at 40 m depth, whereas DMSPp and DMSPd maxima coincided with that of dissolved oxygen content at 60–80 m. The sea-to-air fluxes of DMS were estimated to be 0.4–11.3 μmol d−1 m−2 (mean = 2.8 μmol d−1 m−2). A fairly good correlation between atmospheric DMS and sea-to-air DMS flux indicated that atmospheric DMS concentration was more sensitive to change in physical parameters than its photochemical removal process or surface seawater DMS concentrations.