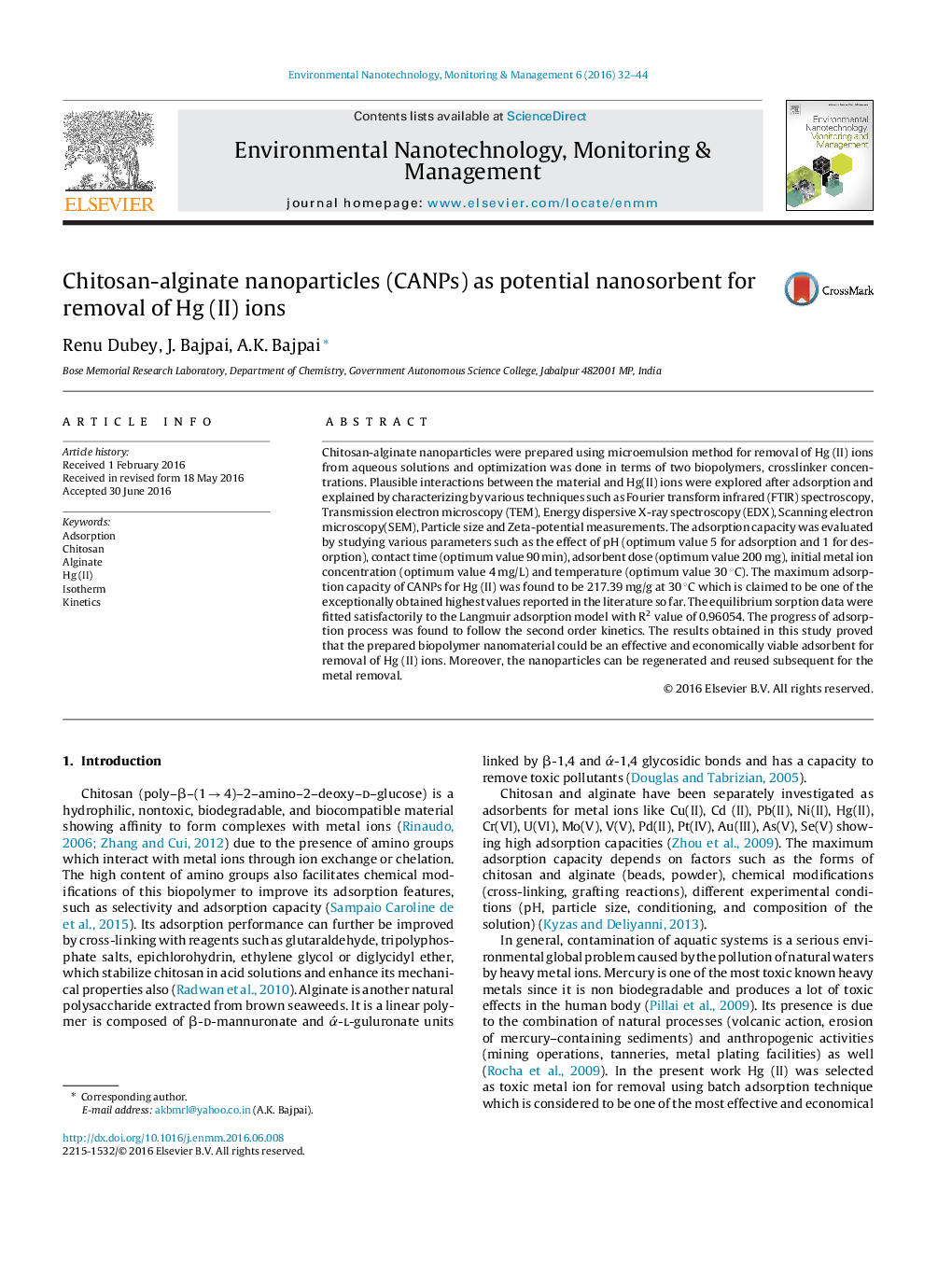 • Nanoparticles of chitosan-alginate have been prepared.
• Biopolymers were crosslinked Ionotropically.
• Nanoparticles were fully characterized.
• High removal of Hg ions was achieved.
• The nanosorbents could be re-used for further applicaton.

Chitosan-alginate nanoparticles were prepared using microemulsion method for removal of Hg (II) ions from aqueous solutions and optimization was done in terms of two biopolymers, crosslinker concentrations. Plausible interactions between the material and Hg(II) ions were explored after adsorption and explained by characterizing by various techniques such as Fourier transform infrared (FTIR) spectroscopy, Transmission electron microscopy (TEM), Energy dispersive X-ray spectroscopy (EDX), Scanning electron microscopy(SEM), Particle size and Zeta-potential measurements. The adsorption capacity was evaluated by studying various parameters such as the effect of pH (optimum value 5 for adsorption and 1 for desorption), contact time (optimum value 90 min), adsorbent dose (optimum value 200 mg), initial metal ion concentration (optimum value 4 mg/L) and temperature (optimum value 30 °C). The maximum adsorption capacity of CANPs for Hg (II) was found to be 217.39 mg/g at 30 °C which is claimed to be one of the exceptionally obtained highest values reported in the literature so far. The equilibrium sorption data were fitted satisfactorily to the Langmuir adsorption model with R2 value of 0.96054. The progress of adsorption process was found to follow the second order kinetics. The results obtained in this study proved that the prepared biopolymer nanomaterial could be an effective and economically viable adsorbent for removal of Hg (II) ions. Moreover, the nanoparticles can be regenerated and reused subsequent for the metal removal.