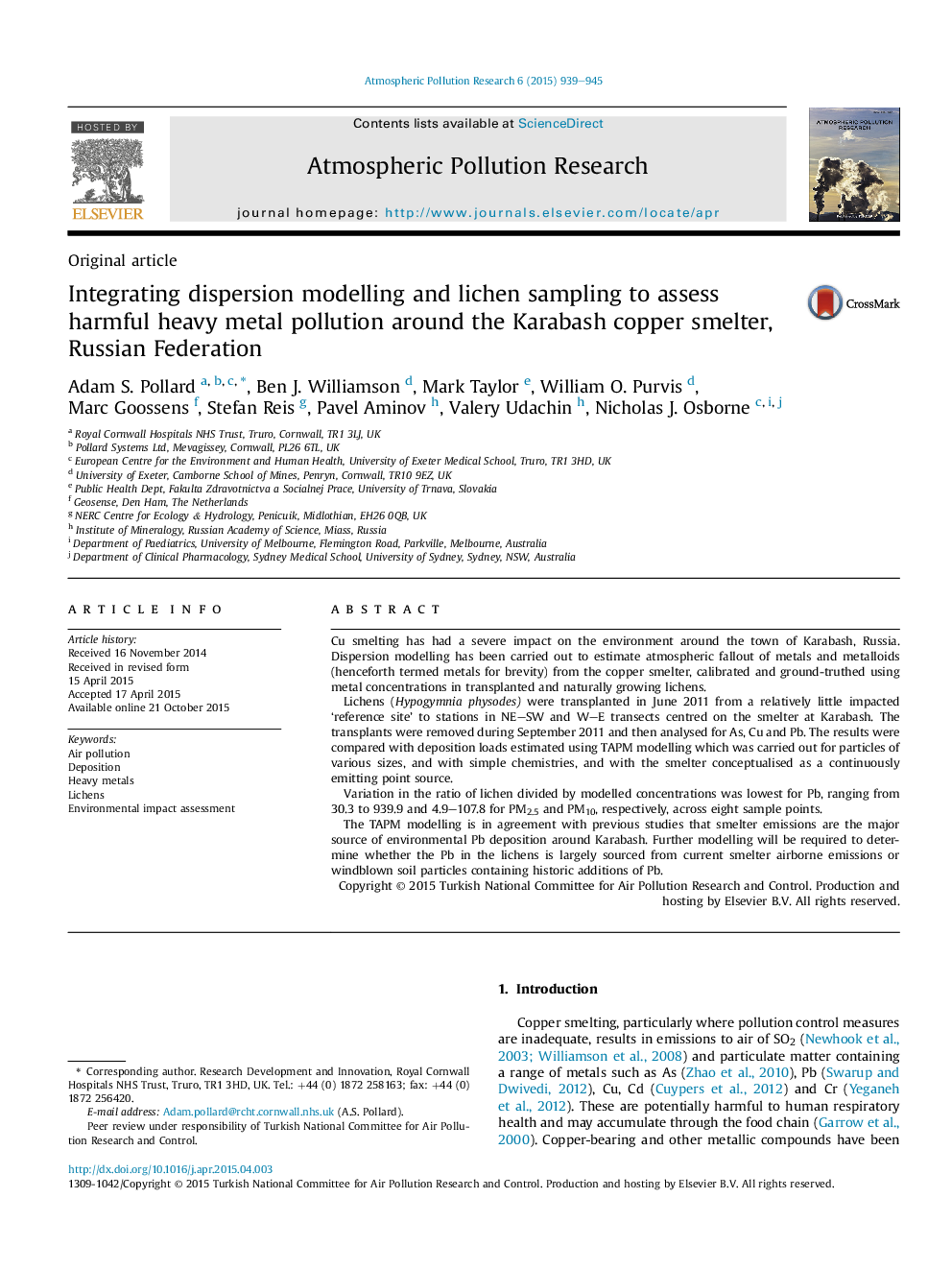 Cu smelting has had a severe impact on the environment around the town of Karabash, Russia. Dispersion modelling has been carried out to estimate atmospheric fallout of metals and metalloids (henceforth termed metals for brevity) from the copper smelter, calibrated and ground-truthed using metal concentrations in transplanted and naturally growing lichens.Lichens (Hypogymnia physodes) were transplanted in June 2011 from a relatively little impacted ‘reference site’ to stations in NE–SW and W–E transects centred on the smelter at Karabash. The transplants were removed during September 2011 and then analysed for As, Cu and Pb. The results were compared with deposition loads estimated using TAPM modelling which was carried out for particles of various sizes, and with simple chemistries, and with the smelter conceptualised as a continuously emitting point source.Variation in the ratio of lichen divided by modelled concentrations was lowest for Pb, ranging from 30.3 to 939.9 and 4.9–107.8 for PM2.5 and PM10, respectively, across eight sample points.The TAPM modelling is in agreement with previous studies that smelter emissions are the major source of environmental Pb deposition around Karabash. Further modelling will be required to determine whether the Pb in the lichens is largely sourced from current smelter airborne emissions or windblown soil particles containing historic additions of Pb.