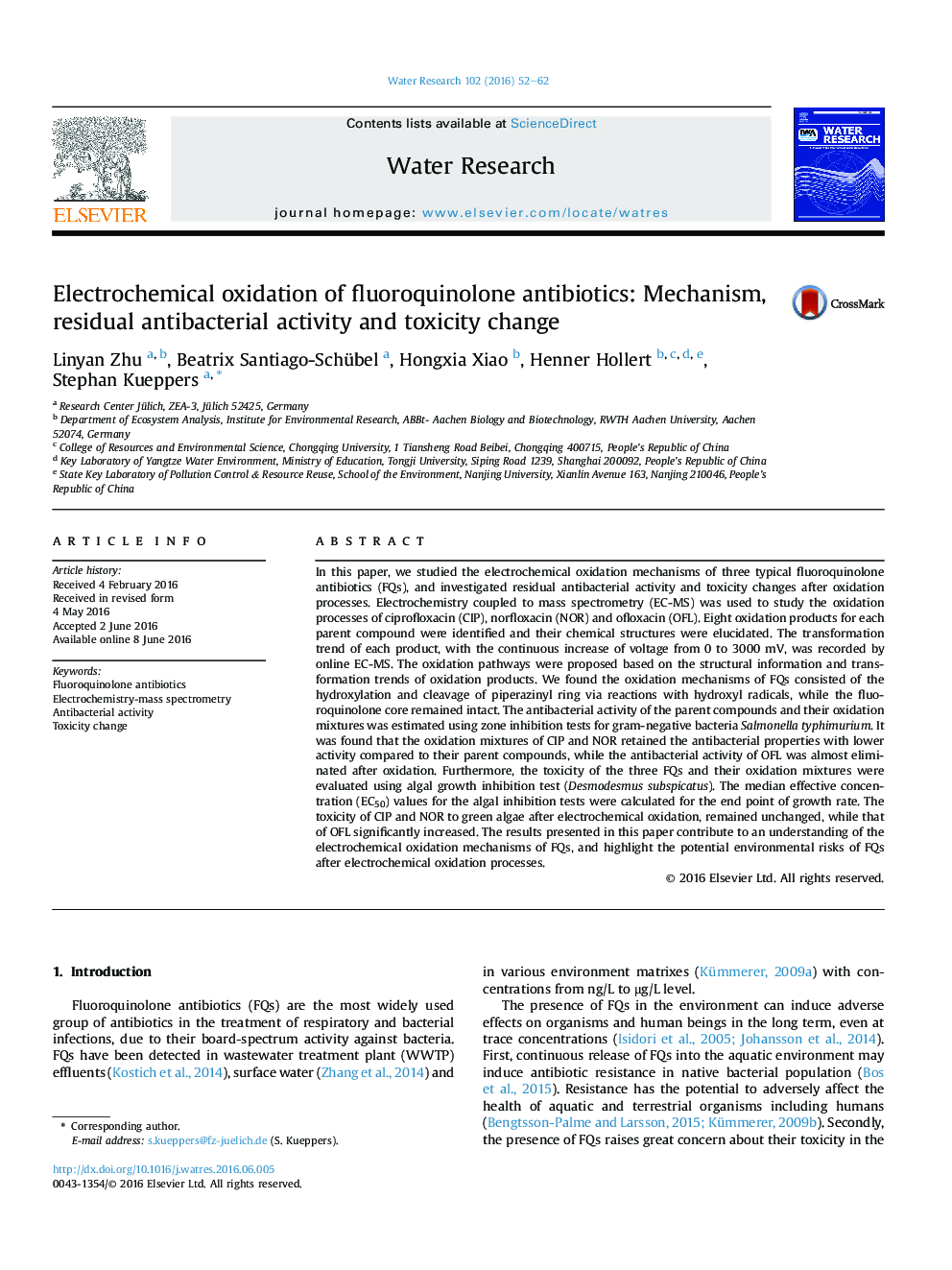 In this paper, we studied the electrochemical oxidation mechanisms of three typical fluoroquinolone antibiotics (FQs), and investigated residual antibacterial activity and toxicity changes after oxidation processes. Electrochemistry coupled to mass spectrometry (EC-MS) was used to study the oxidation processes of ciprofloxacin (CIP), norfloxacin (NOR) and ofloxacin (OFL). Eight oxidation products for each parent compound were identified and their chemical structures were elucidated. The transformation trend of each product, with the continuous increase of voltage from 0 to 3000 mV, was recorded by online EC-MS. The oxidation pathways were proposed based on the structural information and transformation trends of oxidation products. We found the oxidation mechanisms of FQs consisted of the hydroxylation and cleavage of piperazinyl ring via reactions with hydroxyl radicals, while the fluoroquinolone core remained intact. The antibacterial activity of the parent compounds and their oxidation mixtures was estimated using zone inhibition tests for gram-negative bacteria Salmonella typhimurium. It was found that the oxidation mixtures of CIP and NOR retained the antibacterial properties with lower activity compared to their parent compounds, while the antibacterial activity of OFL was almost eliminated after oxidation. Furthermore, the toxicity of the three FQs and their oxidation mixtures were evaluated using algal growth inhibition test (Desmodesmus subspicatus). The median effective concentration (EC50) values for the algal inhibition tests were calculated for the end point of growth rate. The toxicity of CIP and NOR to green algae after electrochemical oxidation, remained unchanged, while that of OFL significantly increased. The results presented in this paper contribute to an understanding of the electrochemical oxidation mechanisms of FQs, and highlight the potential environmental risks of FQs after electrochemical oxidation processes.