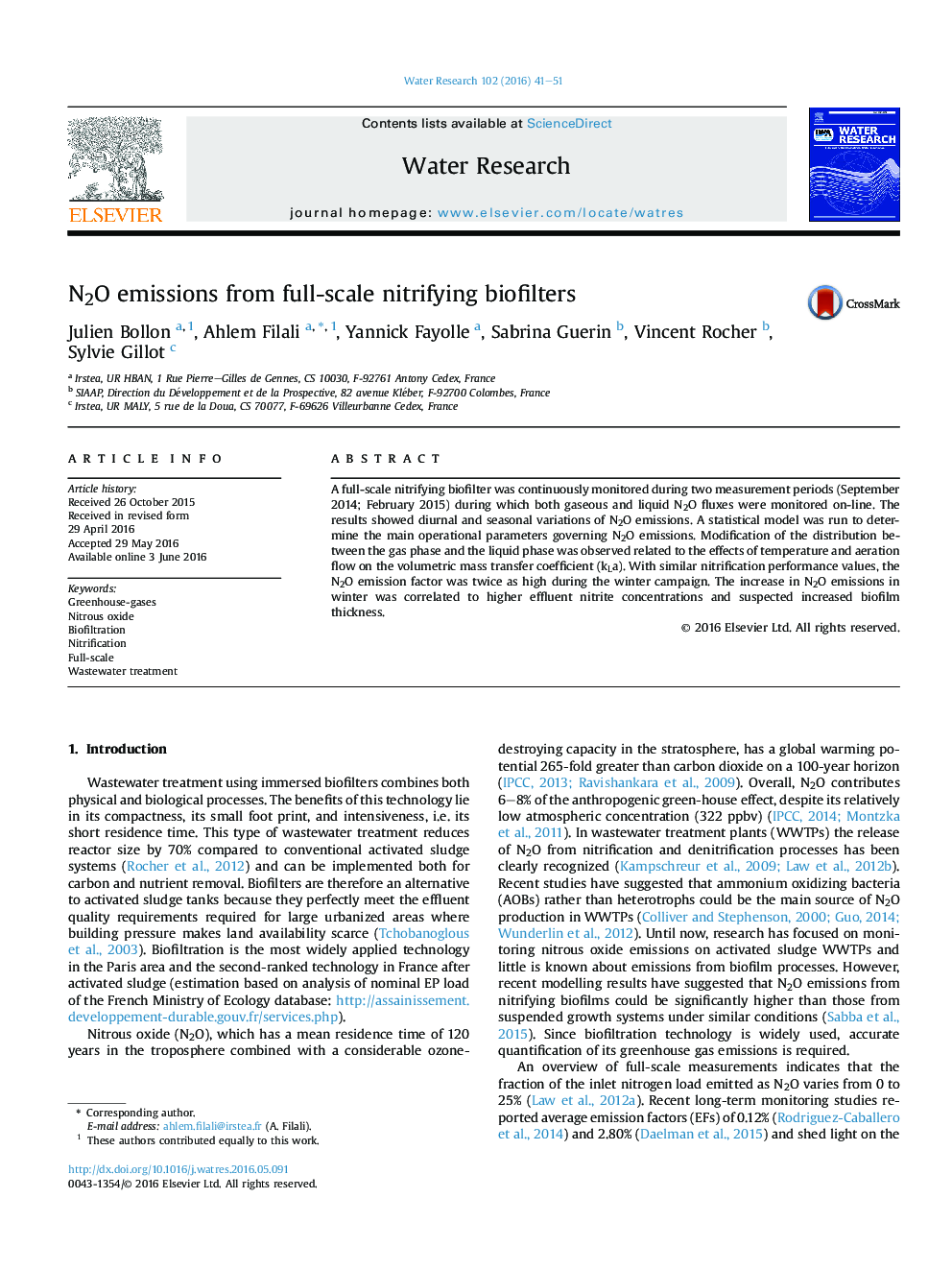 A full-scale nitrifying biofilter was continuously monitored during two measurement periods (September 2014; February 2015) during which both gaseous and liquid N2O fluxes were monitored on-line. The results showed diurnal and seasonal variations of N2O emissions. A statistical model was run to determine the main operational parameters governing N2O emissions. Modification of the distribution between the gas phase and the liquid phase was observed related to the effects of temperature and aeration flow on the volumetric mass transfer coefficient (kLa). With similar nitrification performance values, the N2O emission factor was twice as high during the winter campaign. The increase in N2O emissions in winter was correlated to higher effluent nitrite concentrations and suspected increased biofilm thickness.