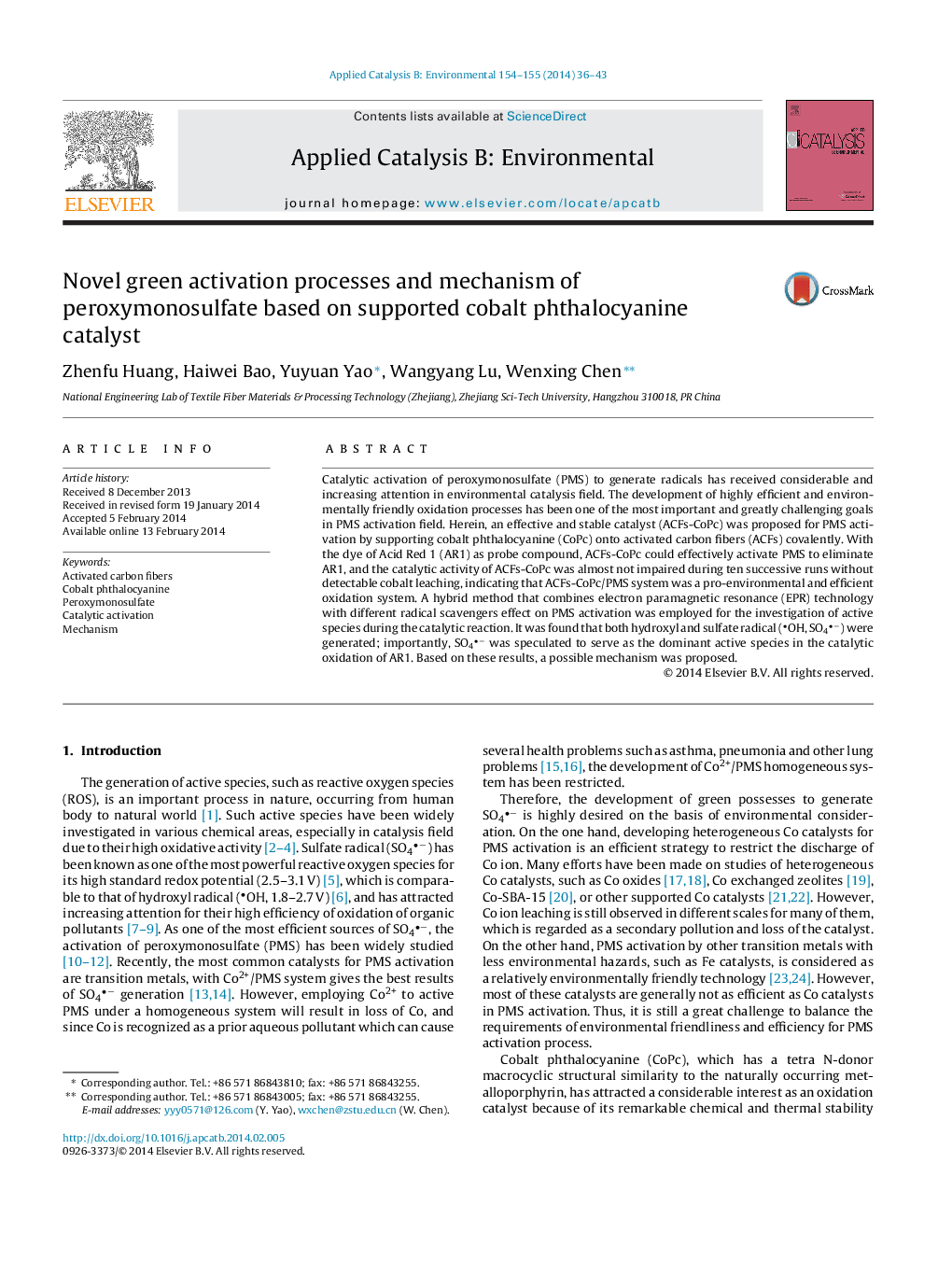 Catalytic activation of peroxymonosulfate (PMS) to generate radicals has received considerable and increasing attention in environmental catalysis field. The development of highly efficient and environmentally friendly oxidation processes has been one of the most important and greatly challenging goals in PMS activation field. Herein, an effective and stable catalyst (ACFs-CoPc) was proposed for PMS activation by supporting cobalt phthalocyanine (CoPc) onto activated carbon fibers (ACFs) covalently. With the dye of Acid Red 1 (AR1) as probe compound, ACFs-CoPc could effectively activate PMS to eliminate AR1, and the catalytic activity of ACFs-CoPc was almost not impaired during ten successive runs without detectable cobalt leaching, indicating that ACFs-CoPc/PMS system was a pro-environmental and efficient oxidation system. A hybrid method that combines electron paramagnetic resonance (EPR) technology with different radical scavengers effect on PMS activation was employed for the investigation of active species during the catalytic reaction. It was found that both hydroxyl and sulfate radical (OH, SO4−) were generated; importantly, SO4− was speculated to serve as the dominant active species in the catalytic oxidation of AR1. Based on these results, a possible mechanism was proposed.