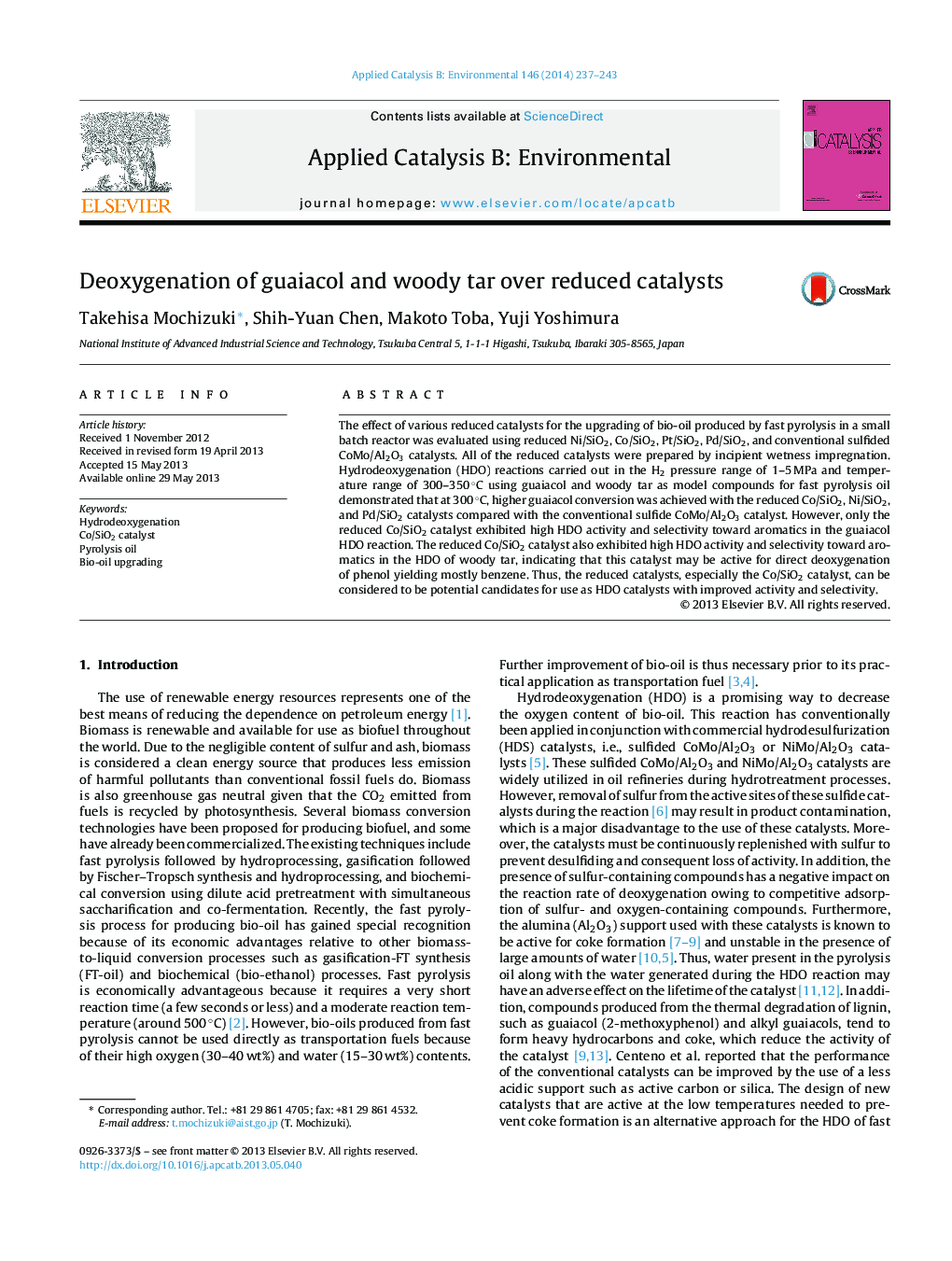 The effect of various reduced catalysts for the upgrading of bio-oil produced by fast pyrolysis in a small batch reactor was evaluated using reduced Ni/SiO2, Co/SiO2, Pt/SiO2, Pd/SiO2, and conventional sulfided CoMo/Al2O3 catalysts. All of the reduced catalysts were prepared by incipient wetness impregnation. Hydrodeoxygenation (HDO) reactions carried out in the H2 pressure range of 1–5 MPa and temperature range of 300–350 ̊C using guaiacol and woody tar as model compounds for fast pyrolysis oil demonstrated that at 300 ̊C, higher guaiacol conversion was achieved with the reduced Co/SiO2, Ni/SiO2, and Pd/SiO2 catalysts compared with the conventional sulfide CoMo/Al2O3 catalyst. However, only the reduced Co/SiO2 catalyst exhibited high HDO activity and selectivity toward aromatics in the guaiacol HDO reaction. The reduced Co/SiO2 catalyst also exhibited high HDO activity and selectivity toward aromatics in the HDO of woody tar, indicating that this catalyst may be active for direct deoxygenation of phenol yielding mostly benzene. Thus, the reduced catalysts, especially the Co/SiO2 catalyst, can be considered to be potential candidates for use as HDO catalysts with improved activity and selectivity.