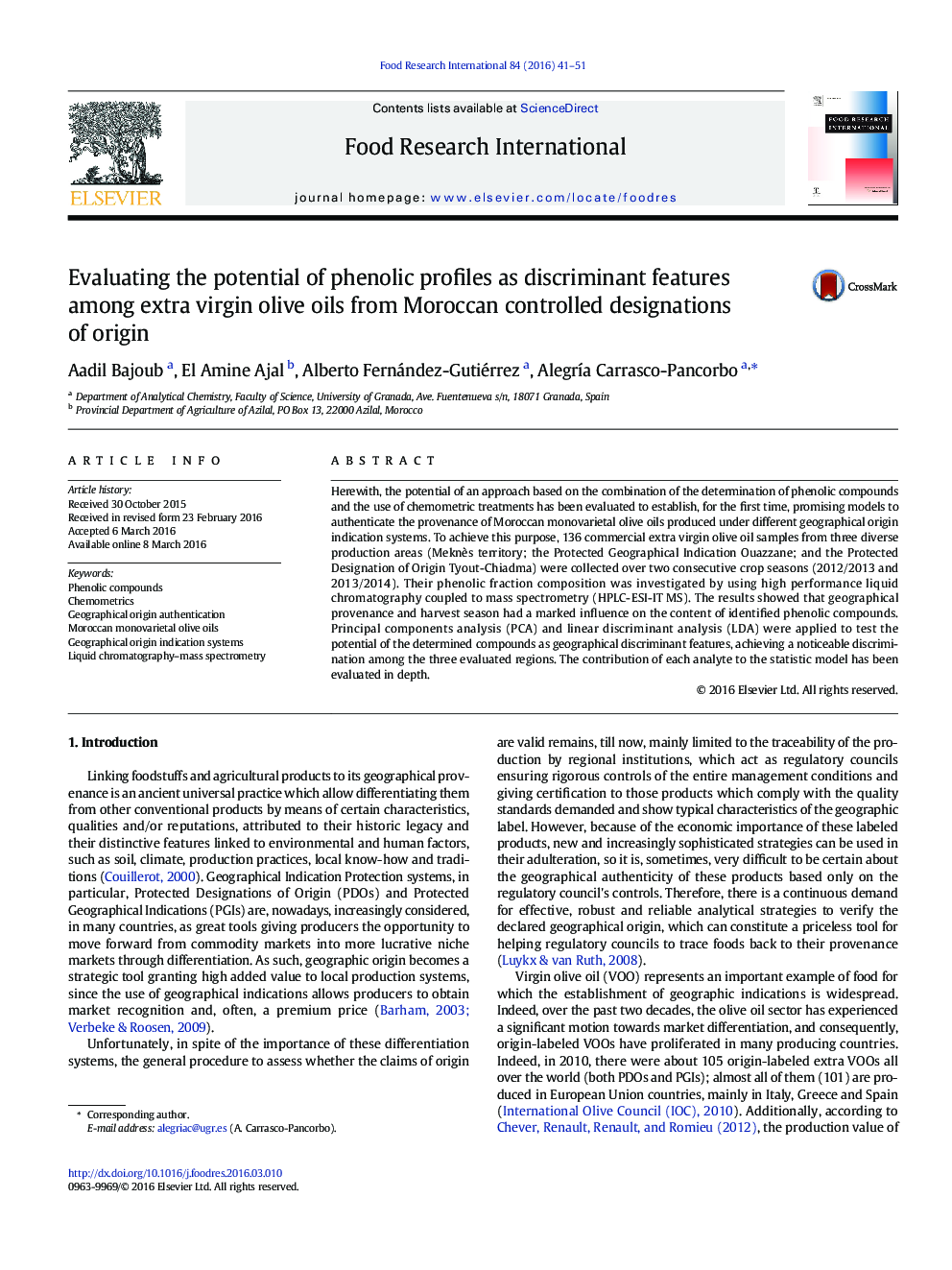 • Quali-quantitative characterization of olive oil phenolic comp. from PDO-oils.
• A LDA model for geographical classification of samples was constructed.
• A perfect discrimination between studied samples was achieved.
• Authenticating origin of Moroccan EVOOs under geographical indication labels.

Herewith, the potential of an approach based on the combination of the determination of phenolic compounds and the use of chemometric treatments has been evaluated to establish, for the first time, promising models to authenticate the provenance of Moroccan monovarietal olive oils produced under different geographical origin indication systems. To achieve this purpose, 136 commercial extra virgin olive oil samples from three diverse production areas (Meknès territory; the Protected Geographical Indication Ouazzane; and the Protected Designation of Origin Tyout-Chiadma) were collected over two consecutive crop seasons (2012/2013 and 2013/2014). Their phenolic fraction composition was investigated by using high performance liquid chromatography coupled to mass spectrometry (HPLC-ESI-IT MS). The results showed that geographical provenance and harvest season had a marked influence on the content of identified phenolic compounds. Principal components analysis (PCA) and linear discriminant analysis (LDA) were applied to test the potential of the determined compounds as geographical discriminant features, achieving a noticeable discrimination among the three evaluated regions. The contribution of each analyte to the statistic model has been evaluated in depth.